While every great jazz musician knows the value of spontaneity, few understand the true value of being in the moment quite like Johnny O’Neal. A rising star in the early 1980s, O’Neal disappeared for more than two decades and found himself struggling with an AIDS diagnosis. Since returning to New York in 2010, however, both his life and his health have been on an upswing, cementing that long-promised status at the age of 60. His new album, In the Moment, is his most vivid recording to date, fully capturing the elegant pianism and emotionally gripping voice that have made him such a beloved fixture on the NYC jazz scene ever since his unparalleled comeback.

In the Moment will be released on October 6th, 2017 by Smoke Sessions Records – appropriately enough, as the label’s namesake club has been one of O’Neal’s home bases for the last seven years. The album features bassist Ben Rubens and drummer Itay Morchi, O’Neal’s regular working trio for the past year. The weightless swing and easy but deeply-felt interplay the three share reveal the benefits of their regular residencies – late-night every Saturday at Smoke Jazz & Supper Club and Sunday nights at Small’s. There’s no telling who might sit in during either of those nights on any given week, and true to that policy two very special guests dropped by the studio for this session – trumpet great Roy Hargrove and tenorman Grant Stewart.

Working with young players such as Rubens – who also served apprenticeships under drum legends Al Harewood and Killer Ray Appleton – and Israeli-born Morchi allows O’Neal to play the role of mentor that icons like Art Blakey and Milt Jackson played in his own youth. “I was blessed to come up at the tail end of an era where I played with a lot of great masters,” he says. “Playing with Blakey was the best school. I’m passing that on now to this new generation. Young kids today deserve to play with the veterans - and I reciprocate those same sentiments because they keep me on my toes.”

For O’Neal, playing “in the moment” means never neglecting a single gig – even if you’ve been working on the same stage week in and week out for seven solid years. “I always think of every show as an event,” he explains. “If you just think of it as a gig you have to play, it will come across that way. Every time I play, I play as if it’s the first time. I’m always a nervous wreck. My knees will be shaking before I go out to play. I never take nothin’ for granted.”

The wide-ranging repertoire on In the Moment provides a cross-section of the 200-plus pieces that make up the O’Neal Trio’s ever-changing book. The material ranges from blues to straightahead to post-bop to pop tunes to ballads, each one fully explored and deftly illuminated by O’Neal and his electrifying bandmates. Unlike most of his past recordings, it shows off several of O’Neal’s own compositions, some of which date back more than 20 years but have never been recorded.

One of those is “Sweet Monk,” the album’s aptly-named title track. Bolstered by the darting horns of Hargrove and Stewart, the piece combines the off-kilter angularity of Thelonious Monk’s compositions with a inviting, sweet-natured charm that’s all O’Neal. Its bookend is the sun-and-sand brightness of “Tropical Breeze,” the lilting tune that closes the album. In between, O’Neal contributes the brisk “Churchill Grounds,” penned in 1992 on the occasion of the opening of the titular Atlanta jazz club; “CGLS,” a soft, playful tune written in honor of former triomates Charles Goold and Luke Sellick; and the tender, autobiographical love song “Being in Love With You.”

The latter is one of five vocal turns on the album for O’Neal, allowing him the opportunity to show off his rich, heartbreaking way with a lyric. The weathered ache of his voice on “Guilty” is perfectly complemented by Hargrove’s breathy, intimate solo. O’Neal is whimsical and conversational on “She Doesn’t Know (I Love Her),” moaning and sunbeaten on “A Slow Hot Wind,” trading serpentine lines with Stewart’s insinuating tenor; carefree on “Trav’lin Light;” and gutsy on Big Bill Broonzy’s blues lament “Just a Dream (On My Mind).”

As O’Neal proclaims, “I’m a piano player first - but secondly I like to shout the blues. People used to tell me people don’t want to hear the blues in New York. Are you kidding me? Sometimes I have to save the blues for the end of my set because if I do it in the middle I can’t follow it. New Yorkers love the blues.”

Long averse to singing, O’Neal was turned around by no more eminent a vocal powerhouse than Joe Williams one night in Kansas City, when the legendary jazz singer was in the audience for O’Neal’s set. “He heard me sing a standard and came up afterwards and asked, ‘Why are you not singing more? You’ve got it naturally. Let me tell you something, young man: if you’ve got it, flaunt it.’ Now my piano playing and singing go hand in hand.”

The remainder of the album is stunning in its diversity: from the pop world, a lush read of the Whitney Houston hit “Saving All My Love For You,” an elegant version of Earth, Wind & Fire’s “After the Love Has Gone,” and a striking, groove-driven reharmonization of The Stylistics’ “People Make the World Go ‘Round;” imaginative solo explorations of “Please Be Kind” and “The Folks Who Live on the Hill;” and a sprightly “Sunday in New York” with concise but lively solos from the full quintet.

Most importantly, this album shares O’Neal’s hard-won love of living in – and for – every single precious moment. “I’ve come through all these trials and setbacks, but I never let my health stop me from playing,” he says. “ A lot of people didn't think I would actually make it to 60, so that birthday was such a gratifying moment. Now I’m a veteran, and I’m grateful for that. Some people get so much praise when they’re younger and they can’t handle it. I can appreciate things much more now.” 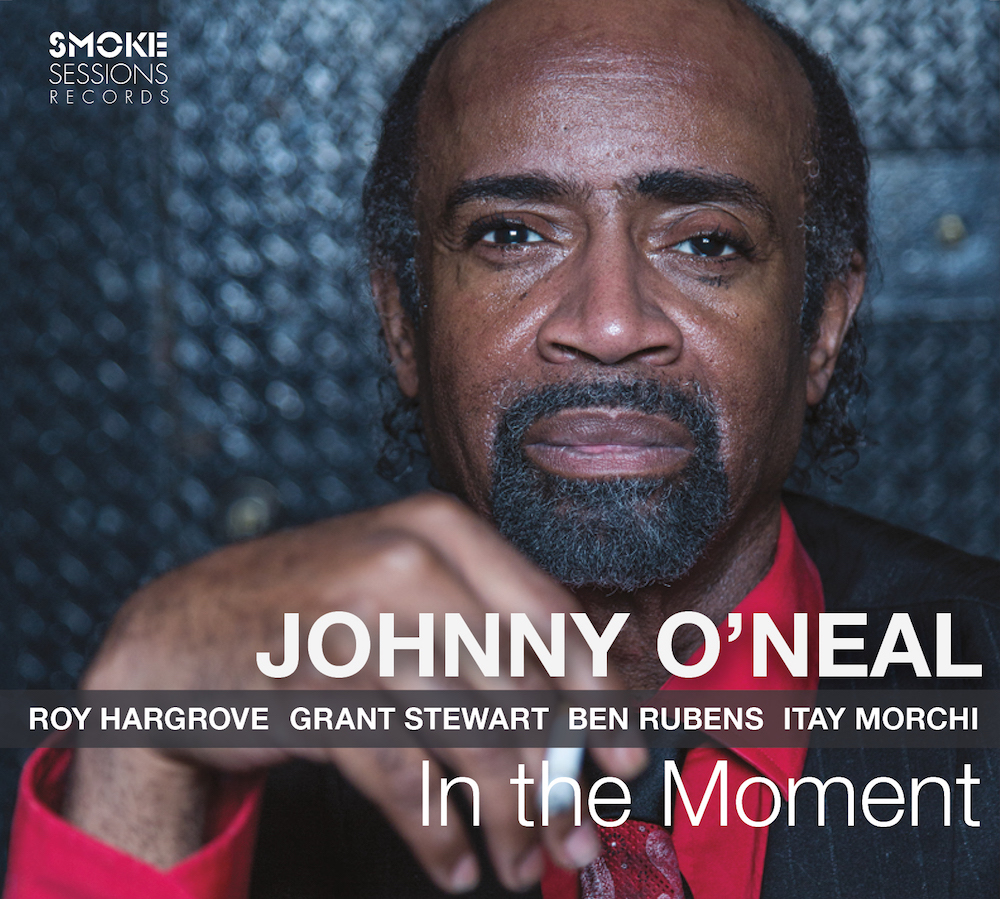