BIO
NEWS
BIO
Guitarist John Scofield celebrates the music of his friend and mentor Steve Swallow in an outgoing and spirited recording, made in an afternoon in New York City in March 2019 – “old school” style as Scofield says, acknowledging that more than forty years of preparation led up to it. Scofield was a 20-year-old student at Berklee when he first met and played with bassist Swallow, and they have continued ever since, in many different contexts.
“I love these songs,” says Scofield of the selection of Swallow compositions explored here – a broad range including tunes that have become standards, as well as some lesser-known works. The rapport between Scofield and Swallow is evident in every moment. Scofield: “Sometimes when we play it’s like one big guitar, the bass part and my part together.”
Behind the drum kit, Bill Stewart is alert to all the implications of the interaction. “What Bill does is more than ‘playing the drums,’” Scofield says. “He’s a melodic voice in the music, playing counterpoint, and comping, while also swinging really hard.” The guitarist himself plays with fire and invention throughout: “These two giants bring out the best in me.”
Swallow’s compositions, Scofield notes, “make perfect vehicles for improvisation. The changes are always interesting – but not too interesting! They’re grounded in reality with cadences that make sense. They’re never just intellectual exercises, and they’re so melodic. They’re all songs, rather than ‘pieces.’ They could all be sung.”
Swallow Tales opens with “She Was Young,” a tune introduced on Steve Swallow’s ECM album Home in 1979, where it was indeed sung, by Sheila Jordan. A number of the tunes addressed here – including “Falling Grace,” “Portsmouth Figurations,” and “Eiderdown” – belonged to the 1960s repertoire of Gary Burton’s groups. Scofield, who had admired them from the outset, studied them with Burton and the composer in the early 1970s, by which point Swallow had made the transition from double bass to bass guitar, creating a new voice for himself on the electric instrument. When Scofield launched his own recording career, Swallow was in his trio (with Adam Nussbaum on drums). Touring widely the guitarist and the bassist fine-tuned their musical understanding, a process continued in many other configurations over the years. Scofield appeared on Steve’s XtraWatt album Swallow in 1991, for instance, and Swallow is on numerous Scofield recordings – including the recent Country For Old Men, which also featured Bill Stewart. A close associate since the early 1990s, drummer Stewart had played in Scofield's quartet with Joe Lovano, and gone on to join the guitarist in many journeys over varied musical terrain.
John Scofield has recorded for jazz labels including Impulse, Blue Note, Verve, Emarcy and Gramavision. ECM appearances to date have been infrequent but distinguished; they include two albums with Marc Johnson’s Bass Desires group – Bass Desires (recorded 1985) and Second Sight (1987) – in which the guitarist shared frontline duties with Bill Frisell. On Shades of Jade (2004), a third Marc Johnson album, Scofield is heard alongside frequent colleague Joe Lovano. The live double album Saudades (recorded in 2004), meanwhile, features Scofield as a member of Trio Beyond, alongside Jack DeJohnette and Larry Goldings, reassessing the songbook of Tony Williams’ Lifetime. Swallow Tales is the first of his ECM recordings to feature the guitarist as bandleader.
NEWS 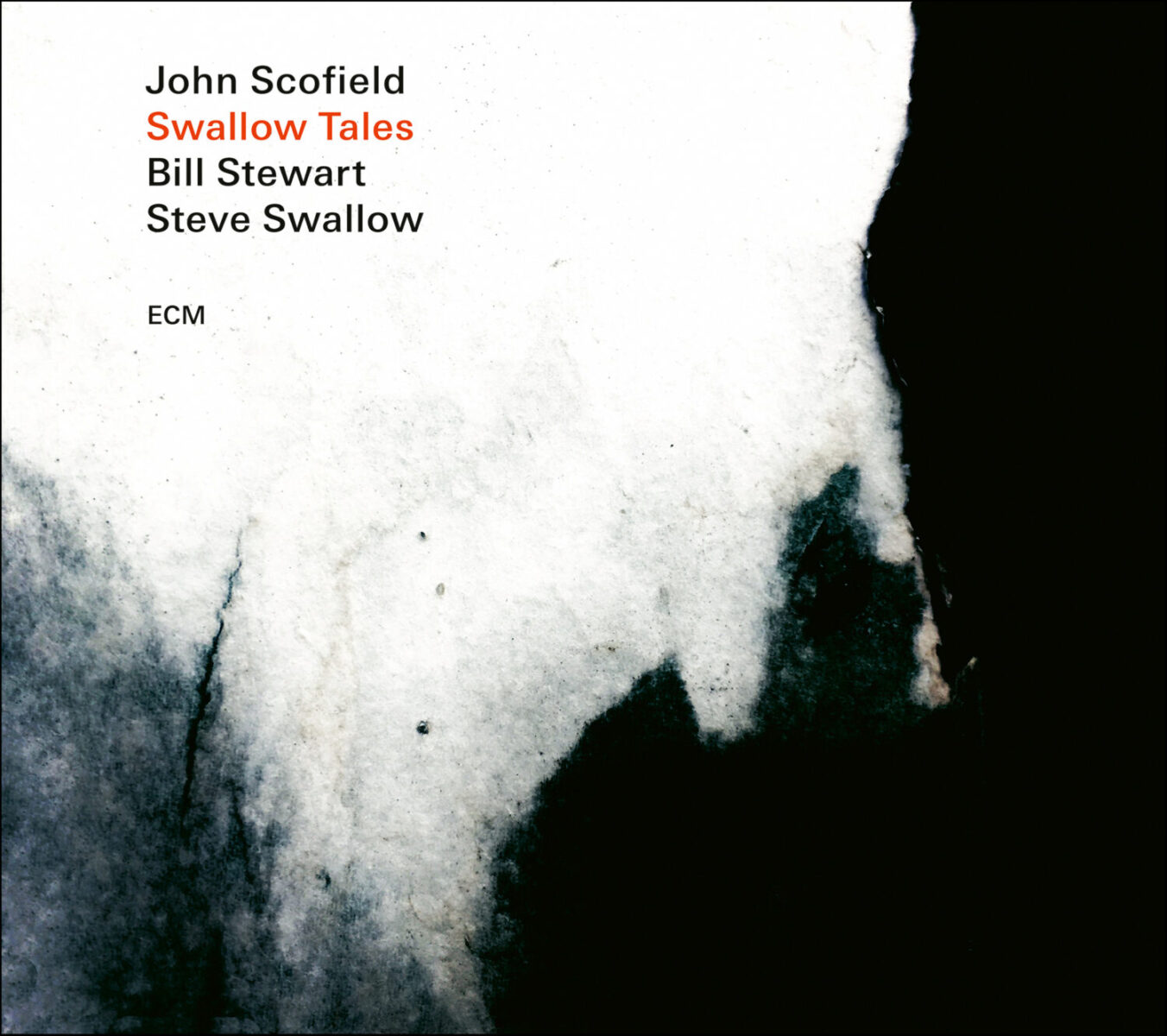