The deluge of political divisiveness, horrific violence and hateful rhetoric that seem to have polluted our lives on a daily basis over the last few years have left many people across the country and around the world feeling angry, frustrated and hopeless. It would be more than understandable if that feeling was even more intense for Jimmy Greene, for whom the flood of outrageous headlines and social media missives play out against the backdrop of personal tragedy.
Greene refuses to succumb to the negativity, however. On his heartfelt new album, While Looking Up, the saxophonist was guided by the inspirational words of his pastor: “If I’m not able to find strength or peace by looking inward,” he said, “or if I’m not able to do it by looking outward to my immediate surroundings, I have to look upward.”

On While Looking Up, due out April 3 via Mack Avenue Records, Greene finds solace, support and inspiration from each of these directions, but in particular from casting his gaze heavenward. Looking inward, he’s comforted by his faith and by the gift for moving, expressive composition that has marked his work for the last two decades. Looking outward, he has his family and his brilliant collaborators, culled for this project from a list of longtime favorites who haven’t entered the studio together in at least a decade. And while looking up, he recalls the joyful spirit of his daughter, Ana Márquez-Greene, who tragically lost her life in 2012, along with 25 other students and educators at Sandy Hook Elementary School in Newtown, Connecticut.
“The whole idea of While Looking Up is indicative of the times we’re in now,” Greene said. “I can think about my personal journey through our family’s tragedy, and I can also look outside of myself and see the state we’re in, constantly bombarded with the chaos that’s become normalized in our society and our country. In both instances, it’s easy to walk away feeling disillusioned and, in many ways, hopeless. But I’m always reminded to look upward.”

Having released two acclaimed volumes celebrating Ana’s life and spirit – the GRAMMY®-nominated Beautiful Life (Mack Avenue Records, 2014) and Flowers: Beautiful Life, Volume 2 (Mack Avenue Records, 2017) – Greene sought a change of pace, recalling his landmark 2009 release, Mission Statement. “That album was a turning point for me,” he recalled. “It was the first time that I really felt like all of the material was exactly what I wanted it to be. I wanted to have a group that could deliver something similar and was also reminded of a lot of musicians who I’ve played with over the years but haven’t recorded with in some time.”
From Mission Statement, Greene reunited with guitarist Lage Lund, bassist Reuben Rogers and vibraphonist Stefon Harris. For the remainder of the ensemble he reached back even further: drummer Kendrick Scott last joined the saxophonist on 2008’s The Overcomer’s Suite, while pianist Aaron Goldberg returns after appearing on Greene’s debut album more than 20 years ago.

“Obviously a lot has happened over the last ten years in my life and in our world,” Greene said. “We’ve all grown and matured musically, and in all cases developed as bandleaders, too. So, I wanted to get everybody together and see what happened.”

The result is a snapshot of personal and musical growth for each of the musicians, individually, and of the group as a whole. Greene’s music reaches new heights of personal expression and depth of feeling, while the ensemble finds a stunning chemistry and profound collective empathy.
The fact that three of the pieces on While Looking Up are adapted from an original orchestral suite is indicative of the expanded palette with which Greene imbues his compositional voice these days. He employs the members of the group in a variety of combinations throughout the album, from a spare, pared-down chord-less trio to a vibrant sextet.
The core group for the bulk of the tracks is a quintet sans Harris. That’s the unit that opens the album on the Cole Porter classic “So In Love,” which features Greene’s sinuous soprano wringing exquisite feeling from one of his favorite melodies, propelled by a groove inspired in part by one of the saxophonist’s earliest employers, legendary pianist Horace Silver. Greene switches to tenor, and Goldberg to Rhodes, for the ethereal blues “No Words,” which walks a haunting tightrope between the stark and the soulful.
Later in the set, “Overreaction” unleashes the quintet with simmering, muscular momentum. Goldberg defines the gentle ostinato at the heart of “Steadfast,” which fuels lyrical turns from Greene’s soprano and Lund’s intricate string work. The melancholy yet hopeful title tune captures the theme of struggle and optimism underlying the album in its purest form.
The final quintet piece is the most unexpected: a cover of the smash Whitney Houston hit “I Wanna Dance With Somebody (Who Loves Me),” reimagined from an upbeat pop number to a bittersweet ballad. The transformation was inspired by reflecting on the less-than-cheerful lyrics through the lens of Houston’s own tragic life and sad fate.
Harris adds dazzling color to two tracks. His chiming marimba dances around Greene’s soaring tenor on “Always There,” while his vibes add to the tapestry of woodwinds conjured by Greene on “April 4th,” a tune that strives to illuminate the buoyant personality and love of dance that characterized Ana, whose birthday lends the piece its title. “I think of beautiful melodies when I think of her,” Greene said. “I wanted this to capture that.”
Greene’s tenor is accompanied by only Rogers and Scott for “Good Morning Heartache,” a moaning, heart-wrenching rendition that embodies the pain of grief and loss. “The last lyric in the song is, ‘Good morning heartache, sit down,’” Greene explained. “You’re going to be here anyway, so might as well make yourself comfortable. The song is about a love, but I know that heartache from dealing with the loss of my daughter. I have a lot of joy and brightness in my life, but that pain of loss never really goes away.” The set ends with the uplifting quartet piece “Simple Prayer,” a tune that echoes with the influence of the African American church, ultimately expressing the spiritual hope offered by this music.
“Music is a reflection of life,” Greene concluded. “At its best, music transforms us and transports us to another place. We lose ourselves in it. I’m convinced that there’s much more to be hopeful for than what we experience on a daily basis. So, I wanted this music to serve as a refuge from the harsh realities of this world, a place where you can temporarily lose yourself in something that’s beautiful and impactful, something that’s positive.”

A native of Hartford, CT, Jimmy Greene has been considered one of the most respected musicians of his generation since his graduation from the Hartt School of Music in 1997; the saxophonist went on to garner awards from ASCAP/IAJE, Chamber Music America, Connecticut Commission on Culture and Tourism, Greater Hartford Arts Council and was named one of DownBeat Magazine’s 25 Young Rising Stars in Jazz in 1999. Greene was mentored by Jackie McLean, Jim McNeely, Justin DiCioccio, David Liebman, Phil Markowitz, Steve Davis, and others, and has recorded and/or performed with artists including Horace Silver, Freddie Hubbard, Harry Connick, Jr., Tom Harrell, Avishai Cohen, Kenny Barron, Lewis Nash, Steve Turre and more. In 2014, Greene released Beautiful Life on Mack Avenue Records and received two GRAMMY® Award nominations in the Best Jazz Instrumental Album category and Best Arrangement, Instruments and Vocals for “When I Come Home,” which features Javier Colon. 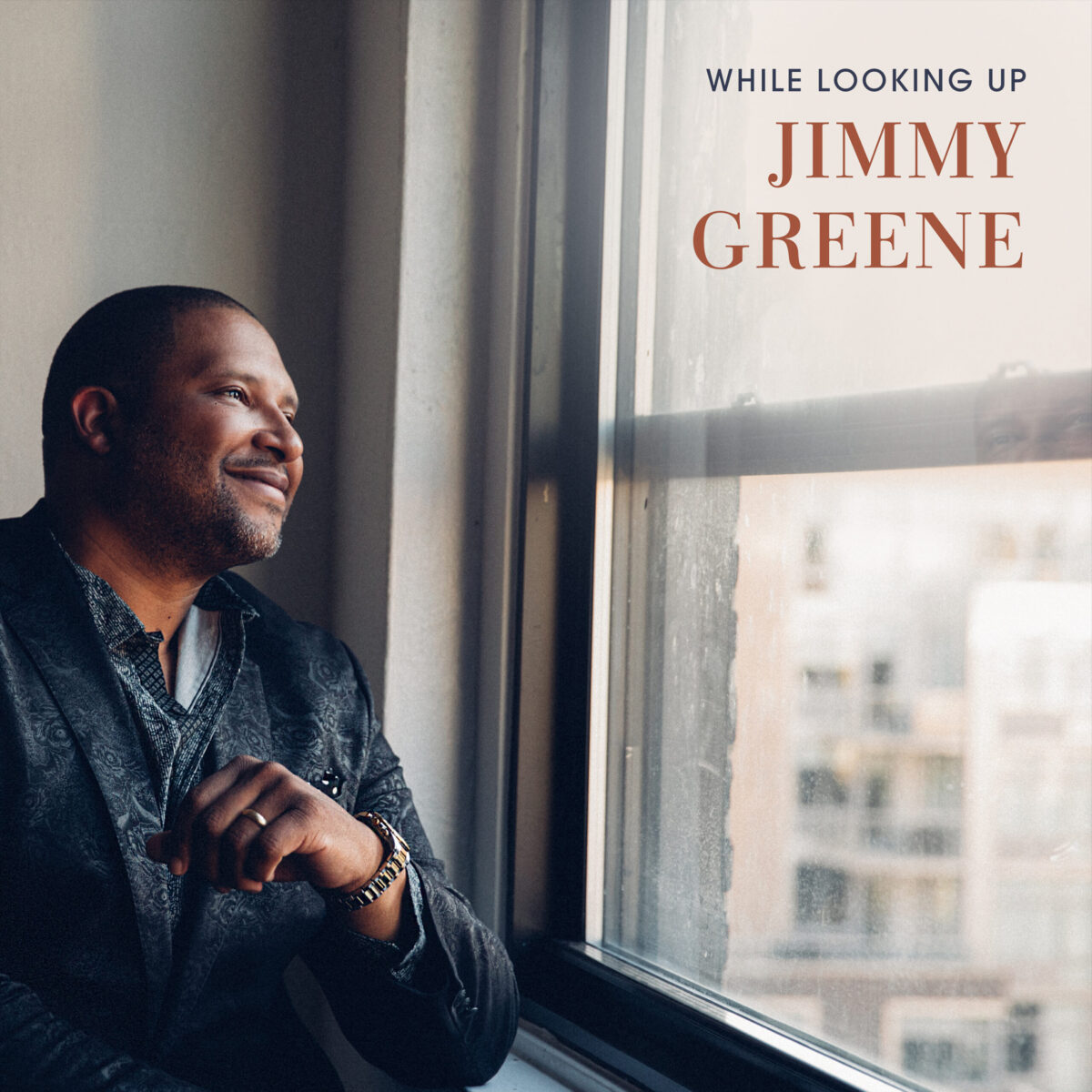