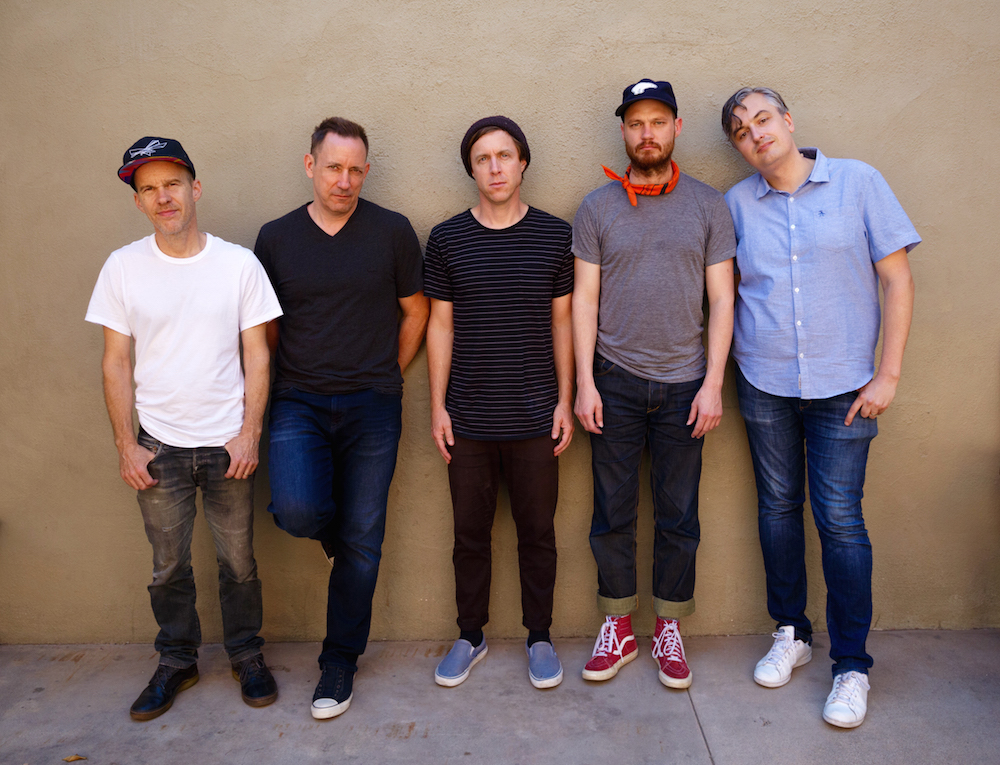 Nothing quite prepares you for the surprise of being granted a wish you don't remember making. Consider the grebe.

Stumble upon a freshwater lake in spring and you might catch the ritualistic mating dance of two swanlike birds engaged in a courtship of responsive mimicry that begins with the tenderness of curled flirtatious necks and ends with an exultant dance upon the surface of water. It transcends the language we have as humans to describe it. You have to see it to believe it. If you had known about it beforehand, you would have stood lakeside and wished for it. Yet, somewhere, out in the wild, the wish you never made has already been granted.

Such is the case with The Parable, the second full-length release from the Jimmy Chamberlin Complex. Recorded in a single session, on a Wednesday this past June, at the historic Sunset Sound studio in Los Angeles, a wish was granted while the rest of us were busy tending to the tiny details of our daily lives.

Like unobserved nature, the Complex went about the important business of filling that silent studio room without quite disturbing it. The surprise of their own music-making is less like five individuals scribbling down plans and executing them with rehearsed precision and more like the kind of swan-courtship described above. We're hearing it for the first time. And so are they.

"What you hear on the record is literally the first or second attempt at playing these compositions in the room," says drummer Jimmy Chamberlin. "We just got into a room, sketched out the tunes, maybe jotted down an arrangement or two. Then, we were off to the races. We didn't want to get into forcing it too much. We wanted it to evolve in its own footprint. It freaks people out, but for me, I'm a big believer -- not in an irresponsible way -- in the idea of just letting things happen."

"It's about sharing the experience, as it happens, together," echoes Billy Mohler, bassist and producer. "This was the warmest, most inviting session. It was about holding up someone's strengths and figuring out how to strengthen a group from inside of it. You don't even think about it. You just get with the right people and it's about how we can make the best music together. It's a band. It's not a project."

These sentiments of humility drop away and the full force of a revelation hits along with the first strike of the snare drum on opener "Horus and the Pharaoh." There's something spider-like and ghostly about the guitar performance of Sean Woolstenhulme -- the very first sound you hear on The Parable -- whom both Mohler and Chamberlin give credit for the courage of joining this quintet in the first place.

"Randy Ingram and Chris Speed are very modern players with firm roots in traditional jazz who have established their own place in the contemporary jazz world," says Mohler. "Sean is not from that world. So, of course, we thought, 'What would Sean sound like in this traditional setting?'"

Anyone who has ever heard an early Smashing Pumpkins record will immediately recognize the snare rolls and syncopated hi-hat accents that have come to define just a part Chamberlin's "style," for whatever that word might be worth. But in the context of The Parable, you begin to realize he is the outlier in a rock setting, not the other way around.

"My sensibility as a musician was rooted around the music that I grew up with," says Chamberlin. "Being the youngest of six kids and having five brothers and sisters that were super big music fans, that could be anything from the Turtles and the Beach Boys to Steely Dan, Rickie Lee Jones, Joni Mitchell, all the way down to McCoy Tyner, Mose Allison, and Count Basie. My dad was a clarinet player, so we listened to a lot of Duke Ellington and Benny Goodman when I was a kid.

"Jazz really allows you to paint in real time," he continues. "The medium of jazz, to me, is the ultimate vehicle of self-expression for a musician. It allows you to create in the moment. Jazz is the music where it can only take five minutes to create five minutes of music. That's a much more honest place for me to live as a musician. You're painting first drafts and being OK with them. If you want to do something different, it's fine to release what you've done, just do more, and keep going."

Mohler is in complete agreement. He's already eager to get back into the studio and make three more Complex records this year. Which makes sense. If forced to find the center in this collaborative, undefined spontaneous burst of human expression by way of jazz, it's Mohler's bass performance.

The undeniable humanness of The Parable is on display with every note played -- a comfort itself in a world increasingly barreling toward the synthetic and digitized -- but it's that sound of standup bass, the strings and the wood and the hand that crawls across the fingerboard. That's what's real. That's the lesson. If a parable is meant to leave us with something useful, it's just that -- in 2017, you can call it jazz music, but it's really just the act of living translated into melody.

"There was very little talking," says Chamberlin about the session. "Words weren't necessary, because the conversation that was going on was so much deeper than anything you could say."

The Parable comes to a close, collapsing into a disappearing echo, with everything that came before it condensed into a singular vibration on the very last note of the very last track "Dance of the Grebe." Chamberlin might dismiss the song's title as evidence that he's just a self-confessed "bird freak," but let's not listen to him. Nothing is an accident, especially in art.

"The dance of the grebe is cool, right? If you've ever seen it, you would never forget it. It's like, 'What the hell is that bird doing, man?'"

Consider The Parable. Your wish has been granted in advance. 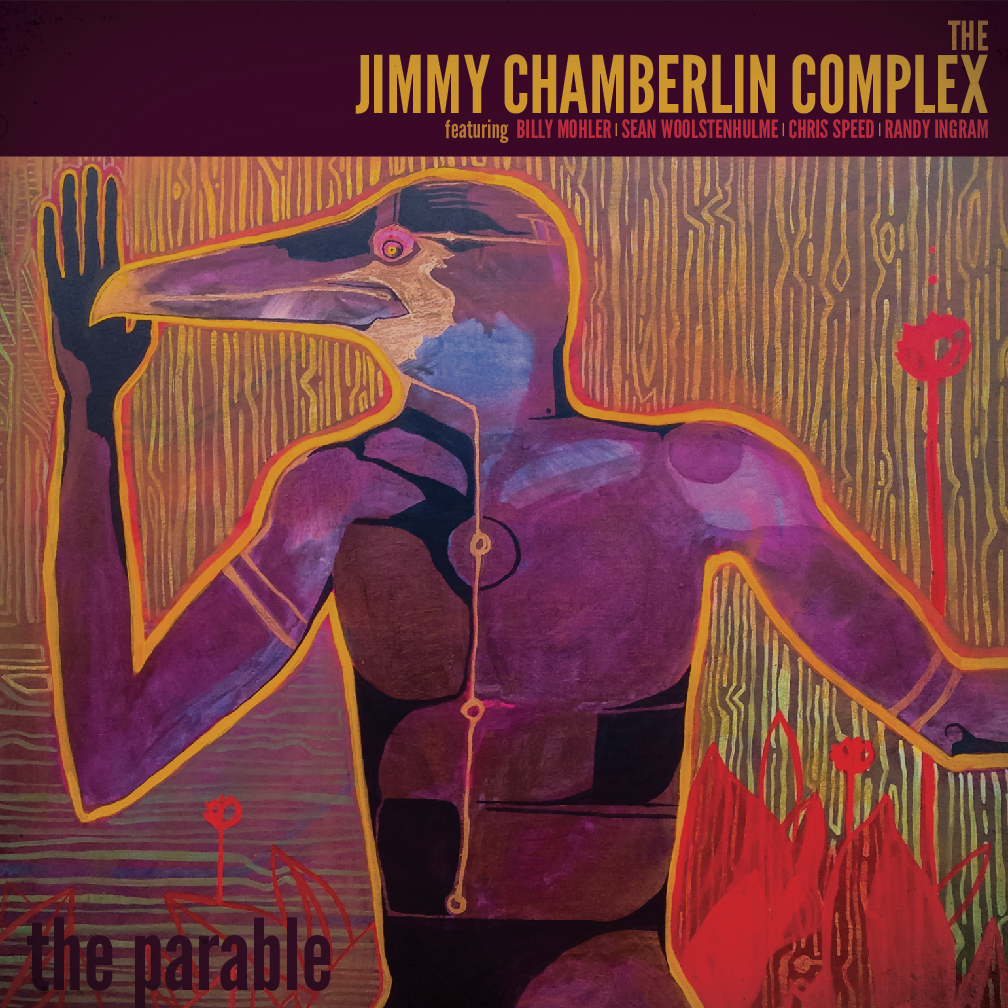