“All throughout my life, I feel like I have gone through a series of personal deaths. I begin something new, a new life or a new community, then at some point there is an inevitable crash or fall – one that cleanses, renews and marks a turning point of change and growth. This natural cycle of death and rebirth is like the Phoenix. It’s a process that all beings go through, whether it be humans, animals or Gaia, the earth itself.”

For years, keyboardist Javier Santiago has ping-ponged across the country, searching for his sound in New York and California but he has always stayed true to his soulful roots in Minneapolis, Minnesota. For his Ropeadope Records debut, Phoenix, Santiago offers an album full of snow-dusted funk and a refreshing approach to jazzified-fusion.

The opportunity arose when an arduous journey for education took him from his Midwest home to study at the Brubeck Institute in California and then New York City’s New School for Jazz and Contemporary Music. His journey out west started in 2007 and proved to be a very freeing experience, opening up the young composer and arranger both personally and musically. Two years later, the transition to New York and reality of hard work was more jolting. “It shocked me,” he admits, “in the best way possible.”

After six years on the New York scene, Santiago found allure and unique welcoming vibe back in his hometown and returned to the Land of 10,000 Lakes. There, he applied through the MacPhail Center for Music for the McKnight Artist Fellowships Program – a program that is one of the oldest and largest of its kind in the country – and received a $25,000 un-restricted cash grant.

From there, Santiago called on a mix of Bay Area and Big Apple musicians he met through his studies and work to assemble a stellar cast for this auspicious debut. On Rhodes and synthesizers, he’s joined by saxophonists Dayna Stephens (his former teacher) and Ben Flocks, as well as guitarist Nir Felder, bassist Zach Brown, and drummer Corey Fonville (a rhythm section which Santiago recorded with several times before). The album also features special guest trumpeters Nicholas Payton and John Raymond, as well as vocalist J. Hoard to further push Santiago’s rebirth to the welcome ears of the open mind.

Initial sessions for the album were recorded at the legendary Fantasy Studios in Berkeley, California: “Bill Evans! McCoy Tyner!” Santiago was no stranger to the history of the space. ”I thought it would be great to record in California and the band agreed we would feel different recording in New York or Minnesota. I think this music went in the direction it did because of that room and that location.”

The churning title track, “Phoenix,” has become an anthem for Santiago. Synthesizers hum from all sides as Felder puts down solid emphasis amidst the groove. “It’s about that process of crashing and burning and rising up again,” he explains. “This part is the rise up.” The ten-minute track is a tour-de-force for Santiago employing tight horn harmonies, searing instrumental solos and a persistent groove from Fonville’s unyielding cymbals. That was no coincidence.

“Before the session, Corey (Fonville) was telling the studio manager, ‘I have a package coming in,’” says Santiago with a chuckle. “’Let me know when it gets here.’ He had bought this flat ride cymbal just for the session. He had a particular vision about how he wanted the music to sound and the vibe he wanted to bring. The flat ride is sort of a retro sound. A lot of great fusion records had a flat ride vibe. He was really excited about that.”

The bursts of harmonies point “Autumn” towards one last blast of heat before the final leaf falls to the ground. “I originally wrote that piece electronically on a computer. It struck me as something sort of melancholy about it. Winter represents a sort of death. Autumn is the phase right before that – preparing for death,” says Santiago. “Autumn (Reprise)” returns later on the record, because some material is too good to pass up. “We cut up this track and originally left it out but I just had to include it on the record because of how good Ben and Corey sound.”

Opening track “River Song” brings memories surging back to Santiago. “I grew up near the Mississippi. It never ends. It’s always flowing. There’s no finite ending for the waters that flow in it - and it’s one of the longest rivers in the world. There’s something very healing about being near bodies of water.” The water motif struck vocalist J. Hoard separately, with his off-the-cuff lyrics pushing Santiago’s vibe into deeper, darker waters. Like a simple but convincing illusion, this track still swirls even after it is gone.

Later, Felder plucks ominously as the band settles in on “Gaia’s Warning” as Santiago’s ethereal keys dance at top speed. He dashes off springy lines that weave alongside the tenor saxophones of Stephens and Flocks. “It reminded me of a forest,” Santiago says of the tune. “It was almost like crying out. It was a cry of desperation. The earth is one giant organism - Gaia - and it’s calling out to the human race: ‘Hey, I’m literally dying over here.’”

The band is joined by trumpeter Nicholas Payton for “Alive” in a playful but forceful track. “Corey took that in a direction I was not expecting. He played this swing beat under there. I was originally thinking it could be sort of a straight feel and kind of like a hip-hop thing,” explains Santiago. “It clearly still has some of that but it’s a little more old-school.”

“Tomorrow” was another electronic composition that transforms into a live instrumentation. It sounds like pandemonium: panic and anxiety reminiscent of police sirens. The armed guards eventually stand-down but only in the face of Fonville’s merciless attack. He pummels at full strength on this track, drawing in backbeats and a noble groove throughout. John Raymond guests on flugelhorn, introducing a new tone to the band that soars over their blistering attack.

“I feel like ‘Abyss (Light)’ is the moment at which one wakes up from the crash,” explains Santiago. He swirls on Rhodes over surging drums and steady bass work from Brown. Felder returns for an equally potent solo take, further solidifying the band’s sound as a unit. The blistering fire that has torched Santiago’s past is gone; in its place, only light.

Santiago’s modern sound, forged from his own unique experience, is a welcome addition to the scene. His perspective, charged by growth and an ethereal energy, is shorn of its inhibitions and focused squarely on pushing the groove. All rise 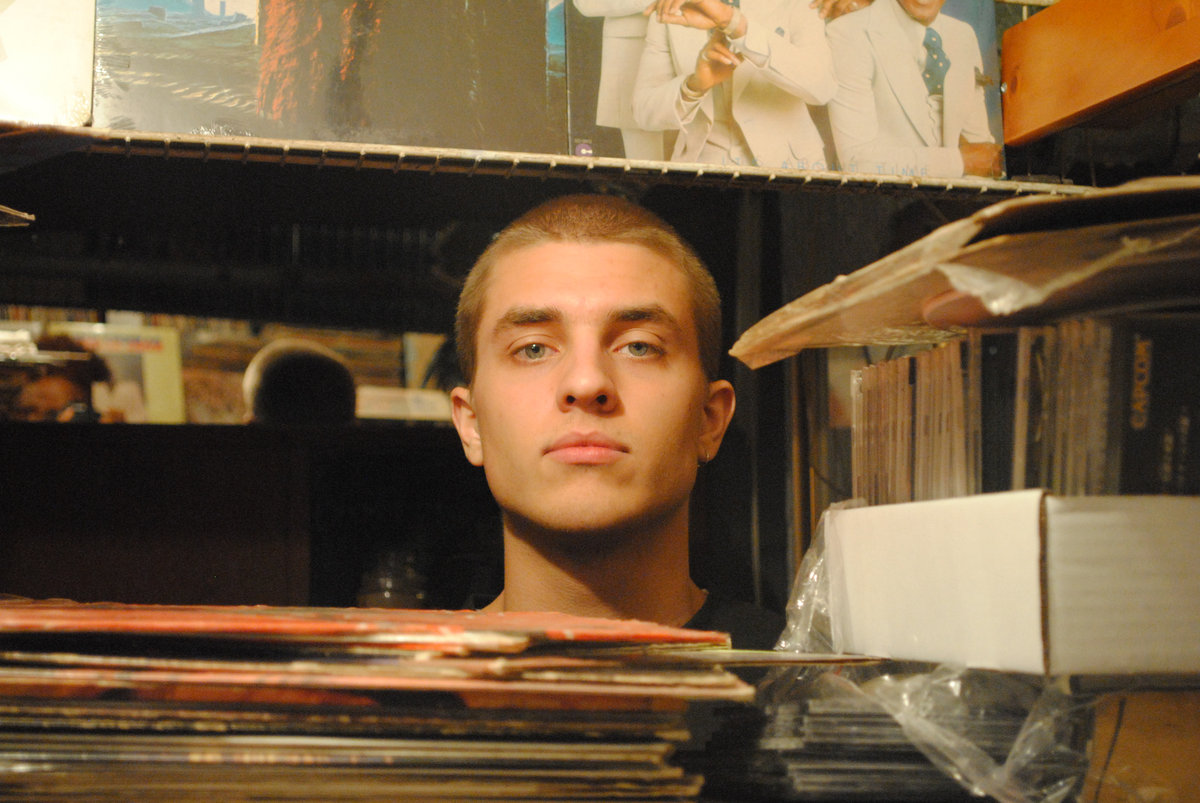 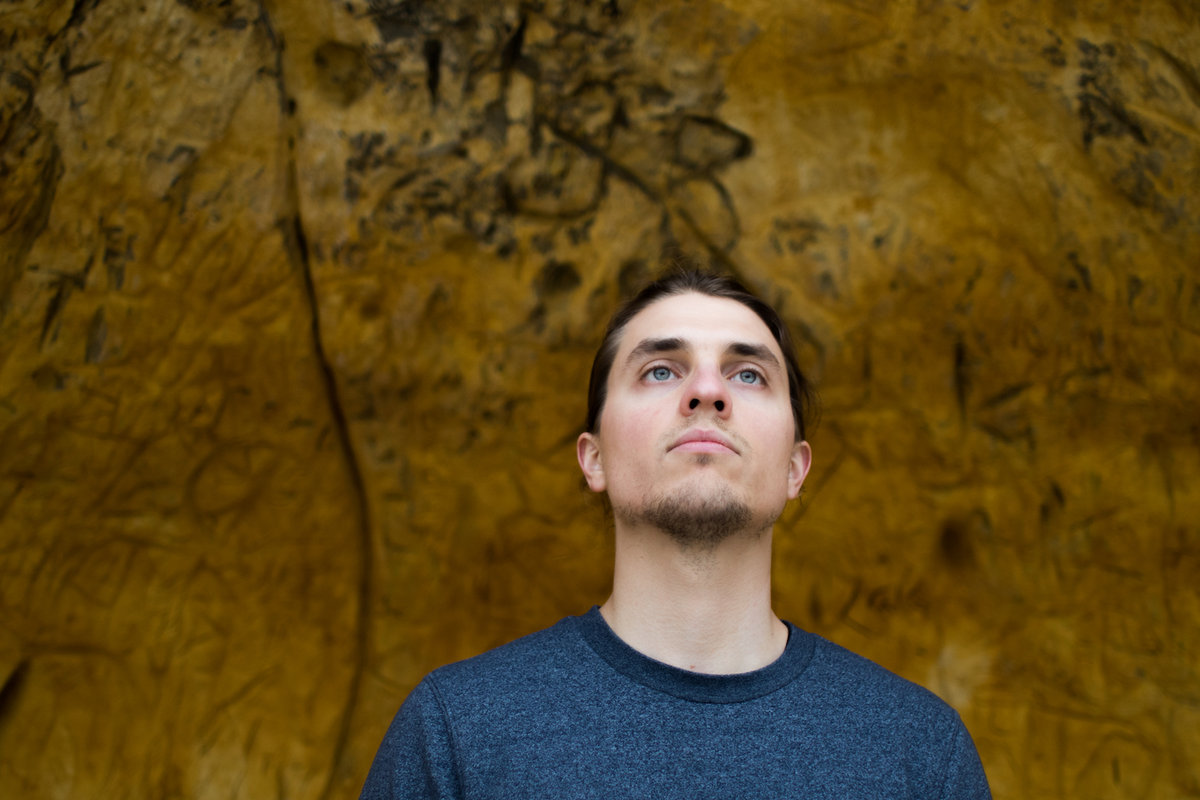