At a time where it feels like history is repeating itself and the world has lost its way, drummer, composer, educator and activist Jaimeo Brown asks, “What is important?” For Brown, the answer is to tell the unheard stories in the name of those who need them. To tell the stories of life and the human experience. To tell the stories of the forgotten: to honor the workers and the music of their lives. February 12, 2016 marks the release of Work Songs, the second installment in the Jaimeo Brown Transcendence series. "Work Songs represents us," Brown explains. “It's our human journey of transcending the difficult."

Jaimeo Brown Transcendence is the product of long-time collaboration between Brown and co-producer/guitarist Chris Sholar (who won a GRAMMY® Award for his work on Kanye West and Jay-Z’s Watch the Throne). Both emerging from a generation that appreciates the jazz in hip-hop, the artists with whom this duo has collaborated with speaks for itself. Brown, as drummer, has sat behind the skins for Stevie Wonder, Carlos Santana, Q-Tip, Carl Craig, Kenny Garrett, Geri Allen, and Bobby Hutcherson, among others. Sholar’s work as guitarist and producer has spanned the likes of Beyonce, Kanye West, Jay-Z, Frank Ocean, A Tribe Called Quest, Robert Glasper, D'Angelo, Just Blaze, Common, Dr. Dre and more.

More than just music, Jaimeo Brown Transcendence is a movement, a moment, and an imperative: home to a variety of collaborators and contributors, from different eras and across the globe. Work Songs is a call to action, a call to transcend: transcend traditional limits of creativity; transcend oppression; transcend to come together through the essential humanity that unites us. Work Songs samples the unknown laborer, the jailhouse, the coal miner, gandy dancer, and stonemason. The album resonates with echoes of protest and rhythms of a call to freedom.

Borne of oppression and sung in conditions of hardship, the music is visceral but inherently uplifting. It weaves the present through the past to the future, teaching us how to transcend an immediate suffering through strength and mutual support. "The music of Transcendence, on a social scale, allows us to reach out to communities and help restore culture and identity. Work Songs tells powerful stories of perseverance and human ingenuity,” explains Brown. “Tales of enduring communities through song, from African-American slaves to the stonemasons of Japan. These songs paint a picture of struggle we still feel today."

In search of new sounds (which includes sampled sounds of construction outside of Brown’s own apartment), Work Songs deftly weaves together the acoustic and the digital, connecting jazz and classic blues with contemporary rock, hip-hop and electronic music.

“My goal is to create something that feels good, is soulful and speaks to hearts. Something spiritual and moving,” says Brown of his creative process. “I hope that people will be moved in the way I was when creating it."

Through an exploration of differing global “scenes” (as Brown refers to the tracks), Work Songs depicts the tale of the human condition, that which make us all the same. The album is sonic cinema. “For Mama Lucy” is a powerful intersection between blues, rock and jazz. The track prominently features a sample of Leroy Grant, a prison inmate from the Parchman Farm Prison in Mississippi in 1959, grieving over a sick family member, singing the multiple emotions associated with love and death. The accompanying video juxtaposes Grant’s cry and a driving guitar riff with sensory-blowing visuals. Flashing images of oppression and injustice, which echo several overarching themes of Jaimeo Brown Transcendence, overwhelm the video’s protagonist.

“Be So Glad” showcases the divergent musical influences that typify Jaimeo Brown Transcendence. It at once exhibits the soulful-hip hop influence that underpins the group, highlighting also their drum and bass influences. The sample sounds workers using hoes in fields under a hot sun. The emotional chant repeats, the refrain lifting and falling with each effort.

“Safflower” imagines a young Japanese boy listening to records in his basement, discovering a cultural tradition of another lifetime, and celebrating it in his own time. The song also pays tribute to the resilience of a country surviving the 2011 earthquake and tsunami disaster.

Jaimeo Brown Transcendence was born when the drummer connected with JD Allen and Chris Sholar while in search for new forms of musical expressions. With an MPC salvaged from the garbage, the group sampled songs from the Gee’s Bend Quilters in Alabama for their debut eponymous album. The rest of the project grew organically from there and continues to flourish.

"When recording, our aspiration is always to marry art, history and technology so Transcendence can live as a music and movement that speaks to tomorrow, as well as yesterday,” explains Brown. “We created the album Work Songs to explore the interaction between work and music. It's fascinating to see the variety of ways that music and work actually weave together.”

Brown’s view of the world is one of togetherness. His life, like his work, is a patchwork of people, cultures and examples of the great human potential for acceptance and integration. His early years were spent living on a Native American reservation in Arlee, Montana, a community in which the Native American voice was an ever-present part of the social dialogue. Later, as a teen amidst the aimless youth and gang culture of the Bay Area, Brown discovered multiculturalism within a west coast hip-hop culture shared and celebrated by a broad group of minorities. Inspired equally by the beats and samples of J Dilla, Dr. Dre, and DJ Premier, and the raw eloquence of John Coltrane, Miles Davis and Art Blakey, he found shelter in creation: the epicenter of his spiritual awakening.

2013 marked the international debut of Jaimeo Brown: a fearless renegade; an artist who seeks new pathways for personal musical expression; an artist who honors a deep and broad lineage of musical and cultural traditions. With the release of Transcendence on Motéma Music, the drummer launched an international career—playing festivals including The Love Supreme Festival and London Jazz Festival—and garnered critical acclaim, earning a spot on year end lists for NPR, The Los Angeles Times, DownBeat, and more. Shortly after the release of the album, Jaimeo Brown Transcendence collaborated with eminent producers Carl Craig and Q-Tip to produce a remix with a radical recasting of “Mean World,” one of Transcendence’s singles. 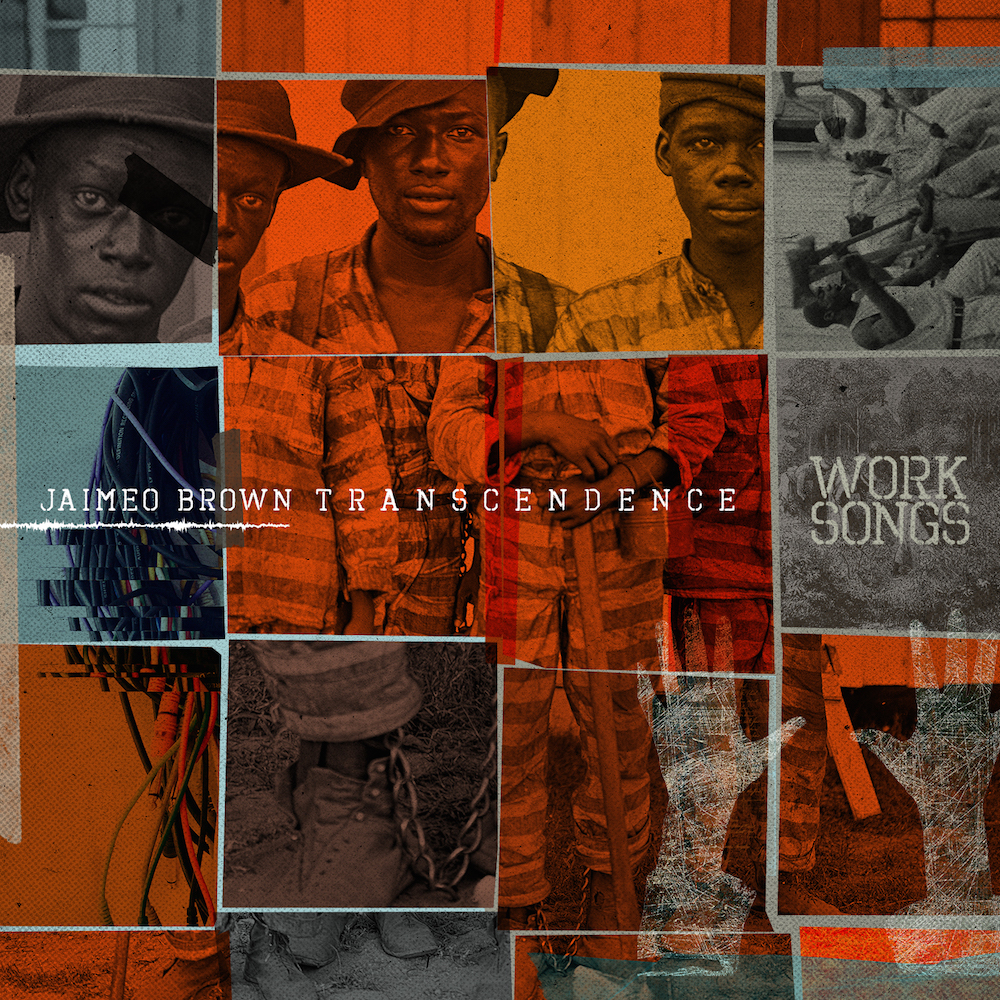