“I want to live in a world where my glass is always half full!” That’s the inspiring maxim of veteran New Orleans drummer Herlin Riley. On his second Mack Avenue Records release, Perpetual Optimism, the longtime anchor of the Jazz at Lincoln Center Orchestra preaches his silver-lined gospel on 10 tracks whose joyous spirit and contagious swing are sure to convert any listener to the bright side.

Due out April 12, Perpetual Optimism reunites the quintet of rising stars that Riley assembled for his Mack Avenue Records debut, New Direction. Since the release of that acclaimed album, all four of Riley’s bandmates – trumpeter Bruce Harris, saxophonist Godwin Louis, pianist Emmet Cohen, and bassist Russell Hall – have been making major waves across the modern jazz scene, attesting to the master drummer’s Art Blakey-like ear for talent and sage musical guidance.

Riley’s philosophy of Perpetual Optimism doesn’t mean turning a blind eye to the more distressing aspects of life.  The drummer understands that as well as anyone; beyond the standard challenges faced in daily life and the tumultuous times in which we live, he was forced to deal with the loss of both of his parents over the two years since New Direction was released. This album was made against the backdrop of serving as caregiver and then saying farewell to two of the most important people in his life.

“The loss of a parent is always a challenging experience, and it’s something that no one ever wants to be confronted with,” Riley says. “We’re constantly faced with obstacles and challenges in life that can be depressing or diminishing to our intrinsic motivation. If we hold on to optimism, we can find the strength to overcome and move on to the next phase of our lives.”

To help maintain such an upbeat outlook during the most trying of times, Riley can count on several important sources of strength. His source of strength comes from his faith in God, his wife of four decades, and family of five children and 10 grandchildren; then there’s his lifelong home in New Orleans, where he remained in order to raise that family with the values and love of the music/culture that he grew up with. His roots in the church are also vital, shining through in the congregational claps that help establish the celebratory spirit that is showcased in the album opener “Rush Hour.”

He also relies on his musical family, including his long-established ties with Wynton Marsalis and the Jazz at Lincoln Center Orchestra. Riley’s connection to the Marsalis dynasty traces back a generation earlier, to family patriarch and fellow lifelong New Orleanian Ellis Marsalis. It was while performing with Ellis at the annual New Orleans Jazz and Heritage Festival in a trio with bassist Reginald Veal that Riley first caught the ear of Wynton, who invited both members of his father’s rhythm section to join him, launching a vital relationship that’s now lasted more than three decades.

Riley pays homage to his mentor on the closing track of Perpetual Optimism, the funky arrangement of Ellis Marsalis’ composition “Twelve’s It.” In the quintet’s lively rendition, the tune is not just a cover but a tribute, as Riley intones a short ode to passing the torch that refers to the elder Marsalis as “a great musician who taught a whole lot of fellows.”

Another Crescent City icon, the late singer, pianist, songwriter and producer Allen Toussaint, was the motivator behind Riley’s other vocal turn on the album, a gritty take on Willie Dixon’s blues classic “Wang Dang Doodle.” Toussaint stopped in to hear Riley play at a New Orleans club and heard the drummer’s 5/4 arrangement of the familiar standard. “He was really impressed,” Riley recalls. “He said, ‘Wow, man, I’ve heard ‘Wang Dang Doodle’ a thousand times but I’ve never heard it performed in 5 before. You should record that.’ A few months later he passed away, so I recorded the tune to pay homage to the wishes of the great Allen Toussaint.”

Though he conveys vivid emotion in his voice, Riley stops short of calling himself a singer. His willingness to step to the mic comes from advice he was given by New Orleans vocal great Germaine Bazzle. “She’s a very elegant and regal lady, but when she’s performing, she scots, rolls her shoulders, dances and really engages in the music with honesty and passion,” says Riley. When he asked her how she reconciled those two extremes, Bazzle told him, “’You have to allow yourself to become emotionally naked when you’re on the bandstand.’ When she said that, a light bulb went off in my head. I’m not a singer, but I just do what I do and I have the audacity to be uninhibited.”

The same can be said for Riley’s work behind the kit, where he leads his stellar band with infectious enthusiasm and bristling swing. His “Be There When I Get There” captures the nervous anticipation and impatient excitement of rushing to an eagerly awaited appointment, whether a romantic rendezvous, a gathering of friends or a night of music. The brisk “Borders Without Lines” comes from the pen of Riley’s Jazz at Lincoln Center Orchestra bandmate Victor Goines, while the classic “You Don’t Know What Love Is” becomes a sultry simmer, highlighted by Harris’ mournful muted trumpet.

The title track is the rare Riley original composed in a major key, and its sunny disposition perfectly communicates his unflagging hopefulness. The lovely “Touched,” featuring Louis’ achingly lyrical alto, recalls a tender moment with the drummer’s mother before she passed away. “I was in her room in her last days and she rubbed my head. I’m a grown man, but I felt like an innocent child. There’s a special love wrapped in the touch of a mother of every living creature. That special euphoria only comes from her.”

The bittersweet “Wings and Roots” looks to the next generation, referring to Riley’s philosophy of raising children: “You have to root them in good values and fundamental characteristics, but once they get to be a certain age you have to give them the wings to be free, to go out and be themselves.” Finally, “Stella By Starlight” is another nod to the American Songbook, taken at a graceful midtempo pace with Cohen’s deft touch over Riley’s sensitive brushwork.

In the end, Riley hopes that the music of Perpetual Optimism helps spread the upbeat manifesto that he’s chosen to live by. “I always look forward, no matter what happens in life. If you’re grieving or faced with an emotional challenge, keep in mind: If you’re still breathing, there’s a chance that you can do better. Commit yourself to PERPETUAL OPTIMISM!” 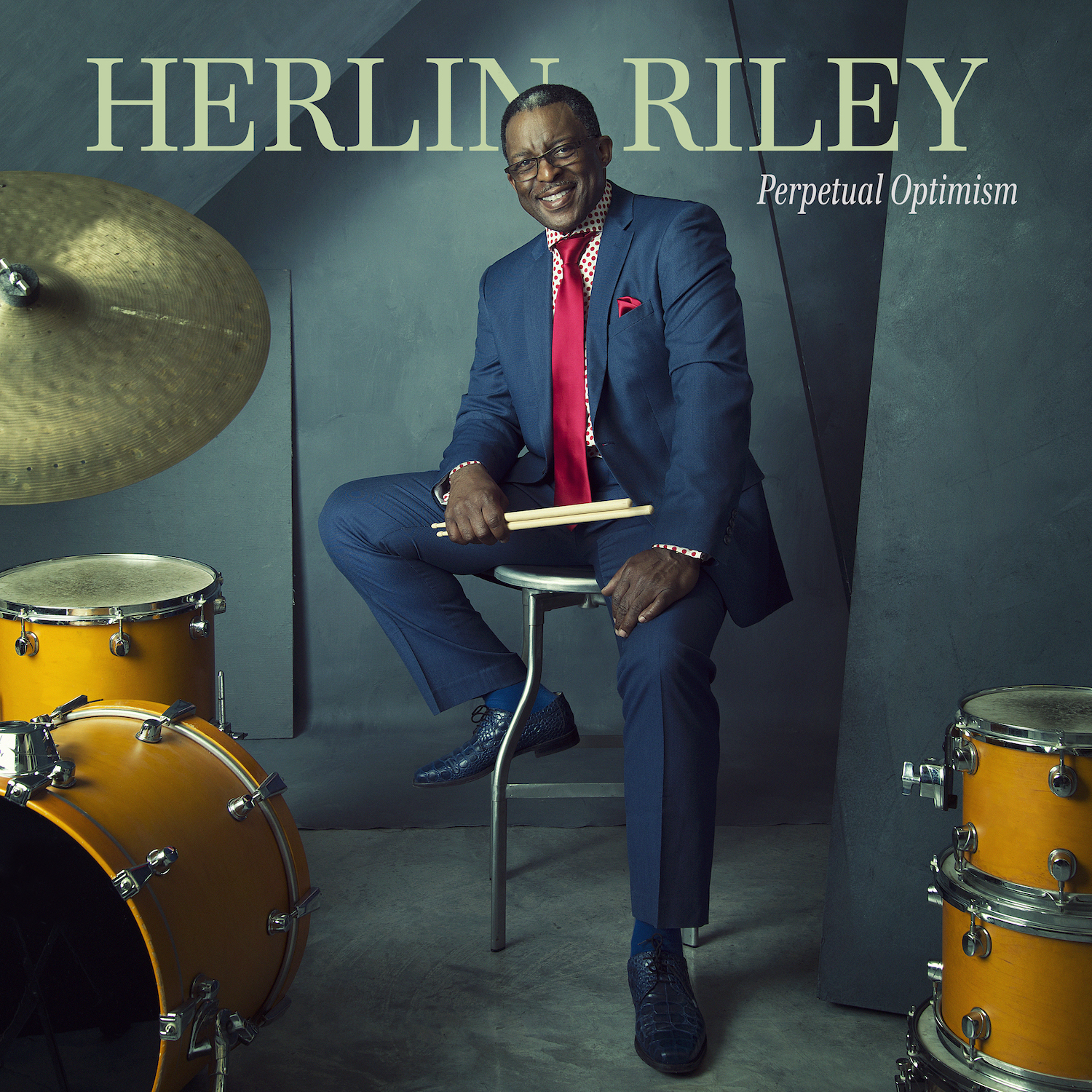