Crisply recorded at the Seattle jazz club the Penthouse in 1962-65 by engineer Jim Wilke and originally aired as part of a weekly broadcast from the venue on KING-FM, the new collection will be issued on June 12 in celebration of ‘Record Store Day’ as a 33-1/3 rpm two-LP set on 180-gram vinyl mastered by Kevin Gray of Coherent Audio and pressed by Standard Vinyl in Toronto. The album will then be available on CD on June 18 and digitally on August 6.

Reel to Reel – a partnership between Vancouver-based jazz impresario and saxophonist Cory Weeds and Resonance Records co-president and award-winning “Jazz Detective” Zev Feldman – was launched in 2018 with a pair of releases that included its initial title drawn from the Penthouse’s audio trove, Cannonball Adderley’s Swingin’ in Seattle. The label has since issued Ow!, featuring 1962 Penthouse dates by tenor men Johnny Griffin and Eddie “Lockjaw” Davis; previous Resonance titles from the Penthouse archives have included sets by West Montgomery (Smokin’ in Seattle) and the Three Sounds featuring Gene Harris (Groovin’ Hard).

In his notes to the new album, Feldman writes, ‘I feel that these recordings of Harold Land are special and need to be heard. Land was one of the purveyors of West Coast jazz whom I feel is an under-recognized genius who doesn’t get discussed enough….Land was on top of his game during this important part of his career in the mid-1960s.” Comparing the new release to In Baltimore, Reel to Reel’s 2020 live collection by George Coleman, Weeds adds, “Westward Bound!finds us celebrating another unsung hero of the tenor saxophone.”

Born in Houston and raised in San Diego, Harold Land established himself as a jazz star with four EmArcy albums in the tenor chair of trumpeter Clifford Brown and drummer Max Roach’s celebrated ‘50s quintet. Based in Los Angeles from the mid-‘50s on, he worked fruitfully as a leader, recorded regularly with big band leader-arranger Gerald Wilson, and played behind such giants as Dinah Washington, Wes Montgomery, Thelonious Monk, Les McCann, and Hampton Hawes. In later years he forged fruitful alliances with trumpeter Blue Mitchell, vibraphonist Bobby Hutcherson, and the Timeless All Stars.

Sonny Rollins – who replaced Land in the Brown-Roach combo – says in a new interview with Feldman, “Harold Land was one of the premier saxophonists of the time. He was one of the best….He was a great player, one of my favorites.” Contemporary tenor titan Joe Lovano tells Feldman, “Harold had his own sweet way of playing and his own flowing language….He was equal to Coltrane and Sonny.”

The earliest of the Penthouse dates heard on Westward Bound! pairs Land with a similarly underestimated player, the gifted Kansas City trumpeter Carmell Jones; the two musicians worked together regularly on sessions for Pacific Jazz Records. In his overview essay, jazz historian and producer Michael Cuscuna notes, “He and Land made a like-minded team; each would play every note with purpose and articulation.” The band on the Dec. 12, 1962 performance also included Wes Montgomery’s brothers Buddy (piano) and Monk (bass) and drummer Jimmy Lovelace.

During Penthouse gigs on Sept. 10 and 17, 1964, Land was joined by another prominent artist he had worked with before: pianist Hampton Hawes, who had led the storied 1958 quartet date For Real!, which also featured the saxophonist. In an essay about the keyboardists heard with Land on the new album, pianist Eric Reed says, “Although it is not widely acknowledged (or even known), Hamp was largely responsible for blending the language of the Blues, Jazz, and Gospel music in such a way as to influence many that came after him.”

Westward Bound! climaxes with an Aug. 5, 1965, date featuring Monk Montgomery, pianist John Houston, and another jazz legend, the explosive drummer Philly Joe Jones. The rhythm turbine of Miles Davis’ magnificent ‘50s quintet, Jones relocated in the ‘60s to L.A., where he played regularly with Land. Cuscuna writes, “This is a high-octane quartet, thanks in large part to Philly Joe’s ability to swing hard and keep a tight rein on the music with the loosest feel.”

In his own introductory note to the album, Charlie Puzzo, Jr., son of the Seattle club’s owner and operator, says, “I hope the release of this album will allow you to experience the magic of Harold Land’s performances at the Penthouse and also to feel the excitement of actually being in the audience. As a collector myself, I know how important it is that the packaging and esign live up to the source material, and I believe this album does just that.” 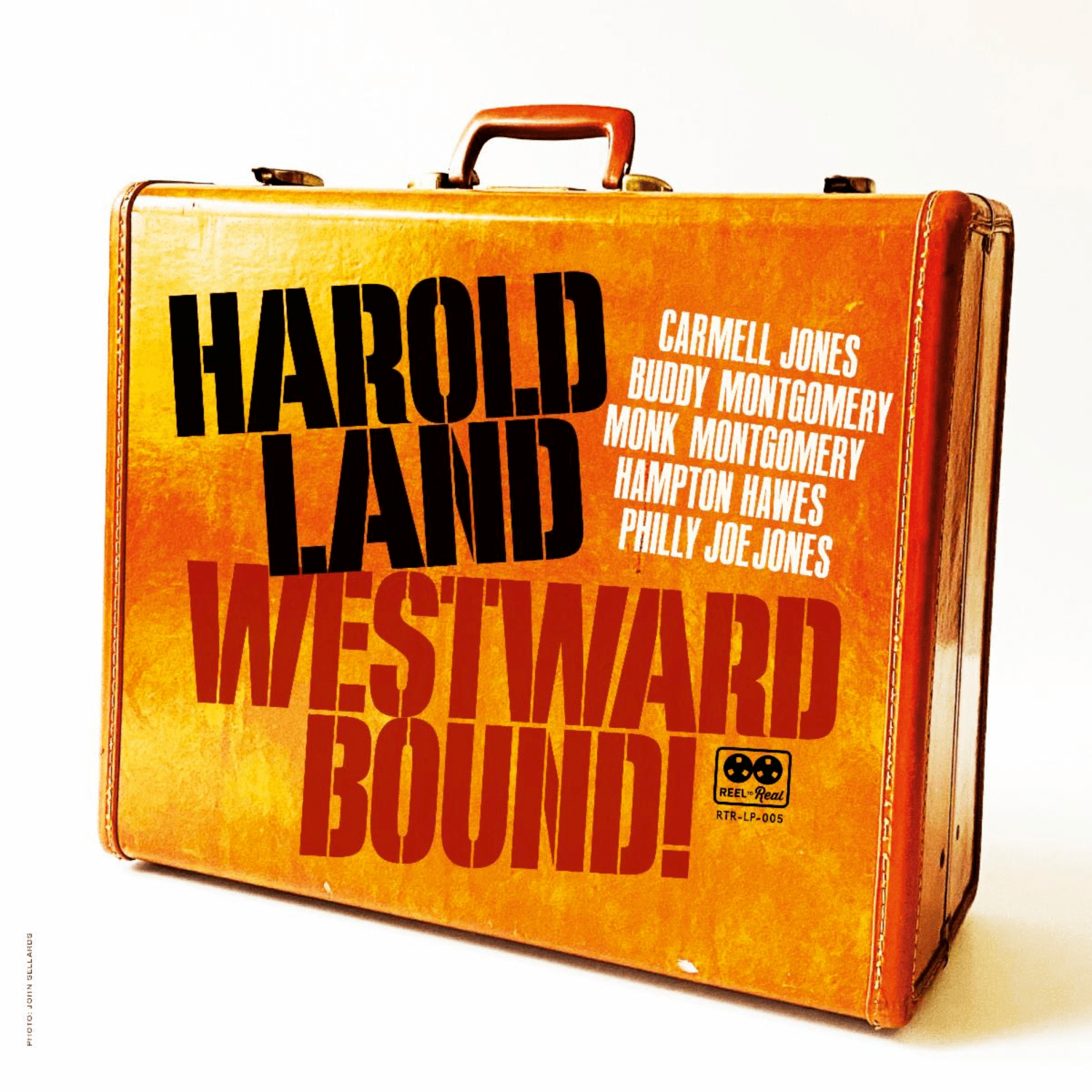