There is something both soothing and terrifying when a schedule clears. The opportunity to reclaim a bit of time that had been put aside for someone else can feel like an unexpected vacation. How we react and what we create during those unexpected and challenging breaks is what sets us apart. Ex-Vitamins was on that perpetual touring/recording/touring carousel before everybody’s schedule cleared. They worked tirelessly in front of crowds that could rival the population of most American towns.

A curious anonymity can wash over a tight band playing before a stadium crowd. The personality in the spotlight becomes oversized while the rest of the band focuses on that amplification, holding up mirrors to create an even brighter center point. Ex-Vitamins knows those crowds weren’t there to see him. They were there to see his boss. Ex-Vitamins has a lot of friends who did that for a living; musicians who once referred to David Bowie, St. Vincent, Paul Simon, Taylor Swift, Demi Lovato, or others as the boss.

During the world’s unexpected hiatus, Ex-Vitamins set about creating a project that resulted in a series of songs and hypnotic music videos that untangle a funky brain far from rehearsals and shows and tours. “I had always wanted to take what I’ve learned in those musical situations and do something creative with it. I kept referring to it as a laptop side project,” the elusive composer said from his modest New Jersey studio. “I didn’t want attachment to any preconceived notions about how it should sound or what lane it goes into. I just wanted to make music.” So, with the spotlight off and the world retreating to their electrified caves, Ex-Vitamins assembled some friends and created a whole different beast.

The energy of contact-less collaboration bursts through from the very first seconds of the album and never slows down. “Some of these guys play in situations where they need to play the same kind of thing night to night. When they did whatever they wanted to, I got some unexpected results. I never had to say, ‘can you try something else?’ I value these guys’ voices so much on their own instruments. I called them for a reason. I didn’t just need a guitar. I needed Max Bernstein on this. I didn’t just need drums. I need what Mark Guiliana or Nate Smith can bring. These are guys that have their own voice.”

And that sound is not bound by time or travel restrictions. This album was recorded by musicians in New York, California, Arizona, Tennessee, and France. Smith, who was in Nashville, pounds out a strong backbeat for “Intro” that makes way for an orchestra of sounds: New Power Generation horns rise up in waves; a limber and soulful piano solo fights for space. “On some of these tunes, when I sent the music out it was, ‘don’t listen to it until you are ready to record. First take. Have as many toys as you can in the room. Send it back.’”

Guitarists Robin Macatangay and Bernstein join Smith for “Are You Proud.” Together they engage in a funky rhythm guitar battle whose essence floats through the next two tracks as Bernstein stays for “Toronto” and “Ism.,” the latter of which takes the affair down a different ‘80s avenue. Visions of Morris Day and Rick James dance above Guiliana’s unmistakable drum kit. “Some of these songs initially felt like I was waiting for someone to come lay a topline melody, but the more I played them the more I got used to them existing on their own. Now I think adding anything else would get in the way,” says Ex-Vitamins.

“Hello, Let’s Go” features haunting synthesizers amid pounding drums. As the tune builds, another voice enters that shifts the whole experience. “I wrote a bridge to it and sent it to saxophonist Ben Wendel and he put the whole thing into outer space. There’s something very fulfilling about that arpeggiated bass line, that pulsing feel. It feels like it could go on forever.”

Vocalist Shayna Steele provides the swagger for “Fake Out,” her enthusiasm carrying the tune with a force that evokes great shouters like Tina Turner and Merry Clayton. Like any funky endeavor, a lot of weight falls on the bass player. Tim Lefebvre does here, as he does elsewhere on the album, just what makes him such an in-demand low-end master. “Every time I think I know what Tim’s going to play, he plays something else that’s even hipper. That’s the mark of an unbelievably creative musician,” says Ex-Vitamins. Drummer Chris Kimmerer is no slouch either. His driving push makes this collaboration a standout.

Ex-Vitamins bookends the album with a nod to their jazz roots in moments of lithe dexterity. “I wanted something athletic” he says of the unexpected solo, his sound is aggressively showered with a weighty grind. “You Are #9” brings back a few of the albums stand-out performers - Lefebvre, Guiliana, Kimmerer, Bernstein – for one last hurrah, an ascending thump in an optimistic direction.

“This past year was a time when everybody got a lot of perspective on what it is they do and what it is they like to do. That informs what I asked for from them, and it informs what they gave me. I was more open than ever to say, ‘do your thing.’ I want to have even less say in how it is that you do it,” says Ex-Vitamins on his first, self-titled album Ex-Vitamins. And that’s the point. Music for music’s sake. What secrets lie stacked in the basement studio? Who wants to help find out? The results may surprise you. 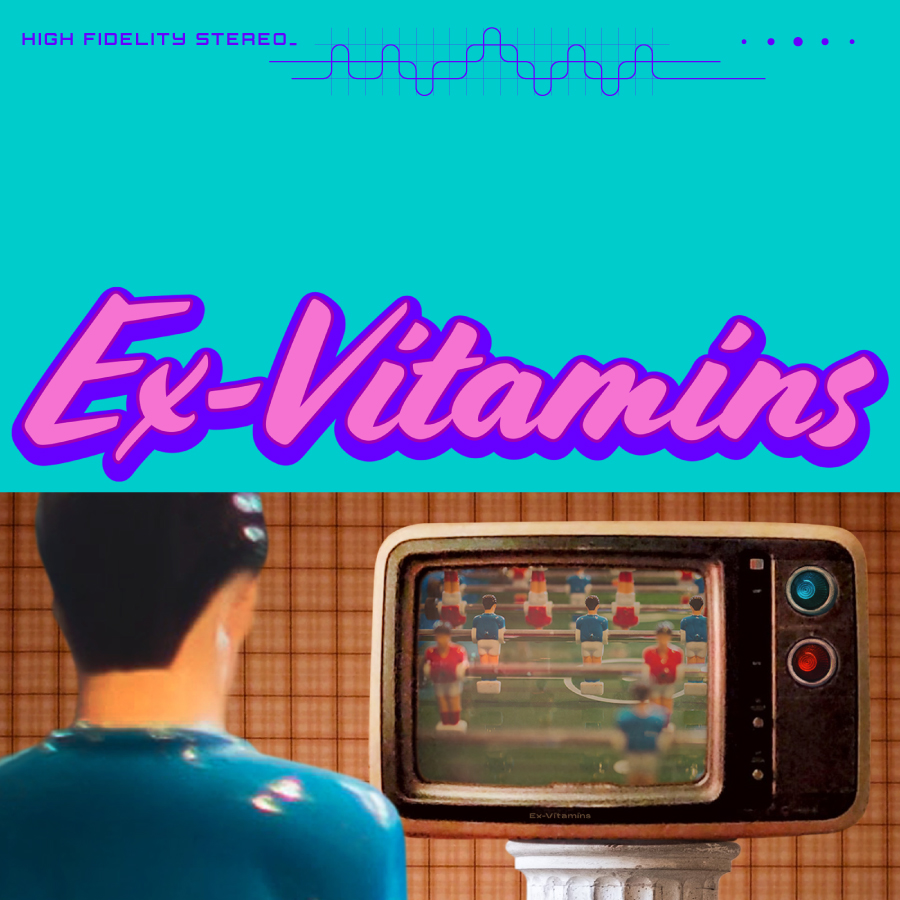