BIO
SHOWS
NEWS
REVIEWS
BIO
The Octave Remastered Series – a historic year-long, 12-album project featuring newly restored and expanded editions of classic Erroll Garner releases from the 1960s and 1970s – continues with their tenth release Magician coming this Friday, May 15.
Each album contains a newly discovered unreleased bonus track. The first ten titles in the series – Dreamstreet, Closeup in Swing, One World Concert, A New Kind of Love, A Night at the Movies, Campus Concert, That’s My Kick, Up in Erroll’s Room, Feeling Is Believing, Gemini – were released to critical acclaim.
The master tapes for all 12 albums in the series were transferred and restored using the Plangent playback system. Employing a wideband tape head, preamp and DSP package to capture and track the original recorder’s ultrasonic bias remnant, the Plangent Process removes the wow and flutter and FM/IM distortion from the recorded audio. This returns the listener to the original session experience, bringing to life Garner’s incomparable performances of his own compositions, as well as classic works from the jazz canon.

Pittsburgh born Jazz pianist, prolific composer, concert hall artist, and recording star. Garner was one of the most well known and influential pianists in the world during his lifetime. Surrounded by a musical family, Garner was by all accounts self-taught, began playing at the age of three and was performing professionally by the age of seven. Throughout his career Garner developed a distinctive and original piano style often compared with Art Tatum, Fats Waller, as well as Claude Debussy.

Garner released music on over 40 labels, received multiple Grammy nominations, and recorded one of the greatest selling jazz albums of all time, Concert By The Sea. His published catalog contains nearly 200 compositions including “Misty”, which was named #15 on ASCAP’s list of the top songs of the 20th century. He scored for ballet, film, television, and orchestra. One of the most televised Jazz artists of his era, Garner appeared on TV shows all over the world, including: Ed Sullivan, Dick Cavitt, Steve Allen, Johnny Carson, and many others. His prolific career began on Allegheny riverboats and spanned from the clubs of 52nd street to the top concert halls of the world.

Erroll Garner’s musical and cultural legacy is perhaps stronger today than at any point since his untimely passing in 1977, when Erroll lost his battle with lung cancer at the age of 55. Thanks to the renewed efforts of Octave Music—the successor and namesake of the company Garner formed with his manager Martha Glaser in 1952— and it’s Erroll Garner Jazz Project, his music is once again finding fresh audiences through a series of new record releases, multimedia performances, and creative partnerships.

"...presents the jazz great at the peak of his musical genius." - Jazziz

"With “Nightconcert,” we now have a Garner performance spring-loaded
with his most captivating keyboard tricks. As evidenced by the recording,
he made sure his fans left delighted.” - Wall Street Journal

"The music is remarkable for several reasons, chief among
them Garner’s lengthy and elaborately disguised
solo introductions.” - Wall Street Journal

"Put simply, this is a must listen. A must have.” - All About Jazz

“...Nightconcert is an uplifting, spirit affirming listen and a definitive addition to Garner's glowing canon of posthumous releases.” - All About Jazz

“…Nightconcert is peak Garner, pure and simple,
no holds barred.” - All About Jazz

"Like Louis Armstrong, that other world ambassador of music as a celebration of humanity, Garner leads the music into his open-hearted mischievousness with a deft, irresistible charm and light hand.” - All About Jazz

"Nightconcert contains enough that is new and fresh to make this album
one of the exciting discoveries of the year.” - Arts Fuse

“...one of the year’s greatest discoveries.” - Straight No Chaser

“...Garner’s non-stop creativity is as stunning today
as it was generations ago.” - Jazz History Online
"Garner’s music does not require detailed analysis. It is music which
revels in “the sound of surprise”.” - Jazz History Online
"Octave Music and Mack Avenue  Records have done a terrific
job in resurrecting this rare live recording to modern vinyl (which
includes a digital download).” - Audiophile Audition
"It is an historical document of a legendary jazz pianist.” - Audiophile Audition
"“Over The Rainbow” is iconic and now it is jazz history
in the hands of Erroll.” - Audiophile Audition
"The pianist’s furious swing vibe is on full display.” - Audiophile Audition
"Pianist Erroll Garner is the subject of a major
reassessment and celebration.” - Stereogum
"Garner’s style was both distinctive and astonishing; he had an extremely
powerful left hand, drawing from stride and early jazz, but he played his
right-hand melodies, which were filled with baroque flourishes,
slightly behind the beat, giving the music a feeling somewhere between
tension and effortless cool.” - Stereogum
"Thankfully, someone has been rummaging through the archives of
legendary pianist Erroll Garner.” - Jazz Weekly
"This album swings better than the more famous 'Concert By The Sea,'
is better recorded with wonderful fidelity and is filled with more
sparks than a 61 Corvette.” - Jazz Weekly
"This is a recording to be treasured, and placed among those albums
to which you return again and again.” - Jersey Jazz
"Garner was a highly individualistic jazz pianist from whom the
notes just poured forth in a manner that made his playing stand apart
from all of his peers.” - Jersey Jazz
"That night found Erroll Garner at the peak of his powers.” - L.A. Jazz Scene
"While his treatments of ballads are generally dreamy, it is his medium
and up-tempo romps that really stand out with their joy
and exuberant swing.” - L.A. Jazz Scene
“...this long elusive set contains a large
dose of essential Erroll Garner.” - L.A. Jazz Scene
"There’s a lot of competition this year for Historical Album of the Year,
but this has to be considered a first tier candidate.
One word: MORE!" - Jazz Weekly
"Nightconcert is an instant classic piano trio album…” - Black Grooves
"Garner’s playing is unlike any others and simply hearing his live performance on Nightconcert is a truly unique experience…” - Black Grooves
"Great thanks must be extended to those at Mack Avenue Records for
releasing yet another historical recording that keeps Garner’s body of
work alive for a new generation.” - Black Grooves
"For a guy once deemed too populist by the jazz snobs of his day,
he proves himself superior in every way.” - Goldmine Magazine
"His total unpredictability and spontaneity
ruled the roost.” - Goldmine Magazine 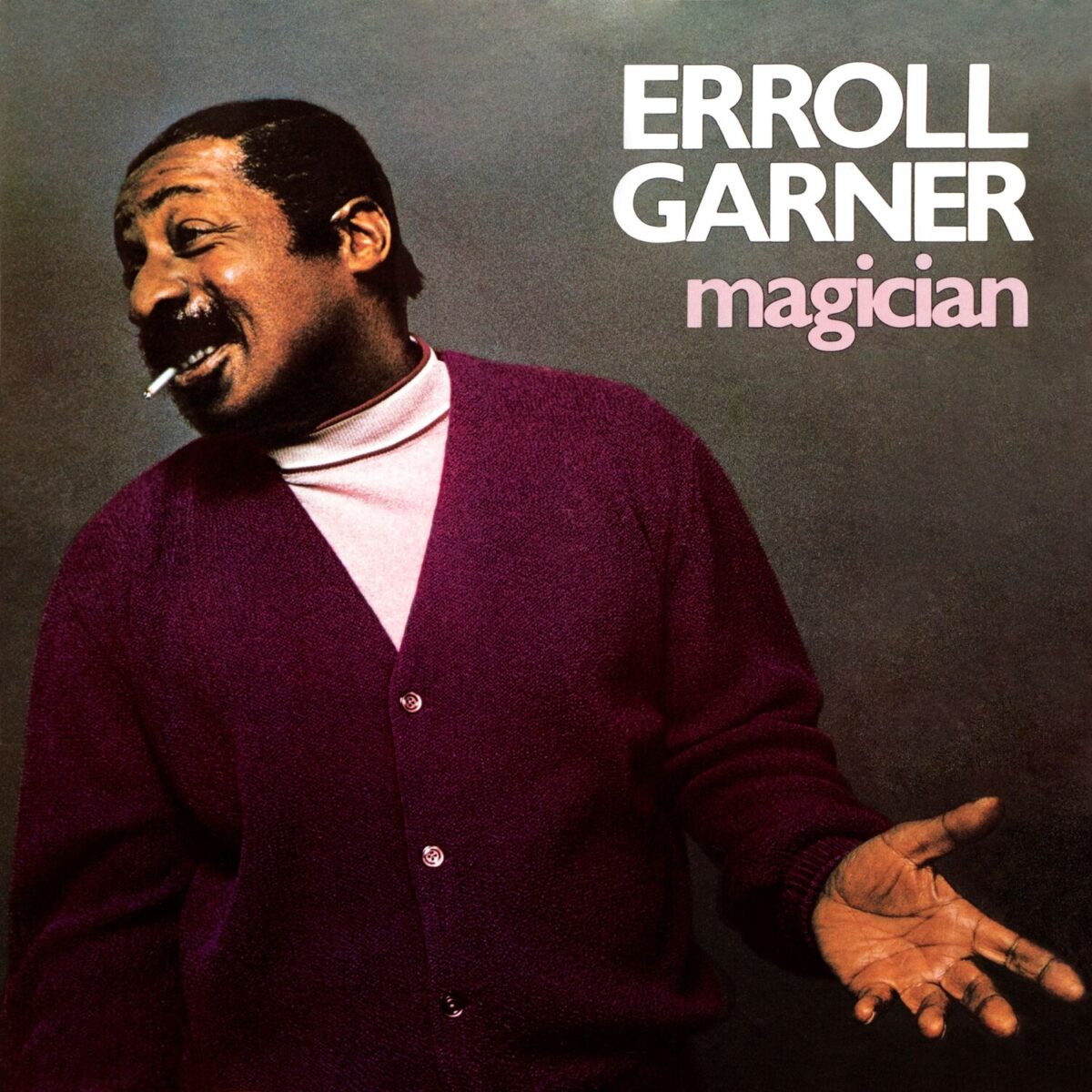