For more than three decades as one of the most influential and beloved jazz musicians, Eric Reed has recorded close to 30 accomplished leader albums showcasing his virtuosic chops, intellectual clarity, unwavering will to swing, and ability to refract and coalesce a wide range of musical, spiritual, and personal influences into a single stream of consciousness. Perhaps the most personal of them all is For Such a Time as This. It is a powerful and uplifting program framed by the realities of global pandemic anxiety, persistent racism and racial injustice, and an acrimonious, fraught Presidential election season.

It was in Los Angeles in early 2020, when the onset of the COVID-19 pandemic triggered a city-wide shutdown, that Reed began to conceive For Such A Time As This to be recorded in L.A. with local musicians. By the end of June, he was ready and had assembled a gifted, young quartet to record a set of recently penned originals, carefully chosen standard, old chestnuts, and, as he has done regularly over the past 15 years, some restorative Gospel selections.

Assembled for this session, the group—drum virtuoso Kevin Kanner, Australia-born bassist Alex Boneham, tenor and soprano saxophonist Chris Lewis –nonetheless displays the chemistry of a long-established band. Reed’s original composition “Make Me Better,” is sung by the soulful Henry Jackson, who “puts a fine point on everything I’m hoping and wishing for –that I will be made better by this experience, and that I will encourage other people to be better as well.”

Reed developed the core principles of his musical sensibility almost from the time he began to speak. “Before I could even reach the pedals,” he recalls, he was playing for and enhancing worship services for the congregants in the small Baptist storefront church in West Philadelphia where his father, a quartet singer, sang and preached. “My earliest experiences in the Holiness church were colored with charisma; people were moved largely by emotion,” he says of that functional setting. “Music played a major role in manipulating these emotions, even inciting people to dance. I developed my ear in an extraordinary way; if someone started to sing, I could quickly find their key and begin to accompany them.”

Noting their son’s exceptional talent, Reed’s parents signed him up for private piano lessons at age 5, which continued at South Philly’s prestigious Settlement Music School. In the meantime, his aunt and uncle scoured flea markets for records. “They found these records by Horace Silver, Art Blakey and Dave Brubeck. Additionally, in our home, all kinds of music could be heard on the stereo and the radio because my parents and older siblings were into gospel and popular forms of music.” Reed recalls. “I listened to everything.”

When Reed was 11, his family emigrated to Huntington Park, California, a suburb of Los Angeles with a well-stocked neighborhood library where he continued to self-educate, reading various musical biographies, theory books and absorbing records. Soon, he enrolled in The Community School of Performing Arts (now The Colburn School), where his mentor Jeff Lavner, introduced him to even more recordings. In 1986, Wynton Marsalis conducted a master class there and took immediate notice of Reed. Marsalis connected the school to tenor saxophonist-educator-arranger Harold Battiste Jr., who was asked to develop an improvisational workshop. Eric reminisces, “Mr. Battiste was a soulful and lovely human being. He was patient and loving with me, taking me to clubs all around L.A. to check out music.”

Wynton recalls, “Eric had great ears and already had formed his musical personality. He had a phenomenal level of talent for his age; I’ve only met four or five musicians with that extreme ability. He’s intelligent and curious; you don’t have to spend a lot of time explaining stuff to him. And there’s his pedigree: he grew up in the church, so he had direct exposure to the vernacular.” By his late teens, Reed, who had won several local music competitions judged by the likes of Horace Silver, Billy Higgins and Ernie Andrews, began to work professionally with tenor saxophone legends Teddy Edwards and Buddy Collette, Gerald Wilson, The Clayton Brothers and Clora Bryant. After matriculating at California State University, Northridge, Reed officially assumed the piano chair with Marsalis in June 1990 — and made the obligatory pilgrimage to the jazz mecca – New York City.

Except for an 18-month return to Los Angeles in 1994-95, when he apprenticed with Benny Carter, Freddie Hubbard, and Joe Henderson, New York remained Reed’s base of operations for the next decade-plus. From the jump, Reed became deeply entrenched in New York’s hardcore jazz scene, entering the rotation at Bradley’s, the legendary New York piano saloon, where masters bonded with students, providing a platform for Reed and his peers to cut their teeth. He documented seminal and now classic works on a series of trio and combo albums, It’s All Right To Swing, The Swing and I, Musicale, Pure Imagination and Manhattan Melodies.

“In the heyday of the ‘90s, we were all devoutly and intensely devoted to the idea of what we thought Jazz was supposed to be,” Reed remarks. “Integrity has always been part of my essence, presenting a wide variety of music in a relevant fashion. Wherever the music goes, I want to go there and be present in that moment, not just a stylist.”

“I like taking on the challenge of trying to make something my own, while attempting to honor the composer’s intentions,” Reed says. “I’ve embraced the songbooks of many composers and being able to draw from these different sources has helped me to find my own compositional voice. Some people find their voice early; some find it later. Earlier on, composing was more something that I did by default because I had a studio date coming up. On It’s All Right To Swing and Musicale, it was about the arrangement and presentation of the piece. Now, I incorporate more of my improvisational ideas into the way I write. I trust the musicians to interpret it and whatever happens, happens.”

Throughout the ‘00s, Reed provided artistic direction for singers Paula West and Mary Stallings, for whom he produced 2013’s But Beautiful. “The art of accompanying singers has been ingrained in me since I was a child playing in church,” he remarks. Reed also began to teach privately under the auspices of Juilliard School of Music, the New School and Manhattan School of Music, helping to direct young luminaries like Aaron Diehl and Kris Bowers towards paths that “might help enhance what they were already doing and get them to become more developed musicians. This is why I don’t call myself a teacher, but a mentor.”

“The bandstand is where the real education is,” Reed says. “The only way musicians truly learn what’s valuable is by being in the trenches. I thank God that so many of the old guard embraced me; I was blessed.”

In 2008, Eric moved back to his beloved Los Angeles, jumping feet first into the local scene as musical director for Regina Taylor’s critically acclaimed musical Crowns, which ran for the entire summer at the Nate Holden Performing Arts Center and the Pasadena Playhouse. From 2010-2012, Reed was back in familiar territory – the church. Fondly, he states, “It was almost like reliving a part of my childhood. I played for a while with the Los Angeles Gospel Messengers, the last group formed by the legendary James Cleveland. I also served at a church as a Minister of Music and was working with other groups around the city. L.A. is a place where I feel at my freest; the geography and the climate encourage a certain openness and peaceful existence. This move is the beginning of what will be a challenging and exciting chapter of my life. It has also allowed me to revive and deepen my spiritual connection to God.” 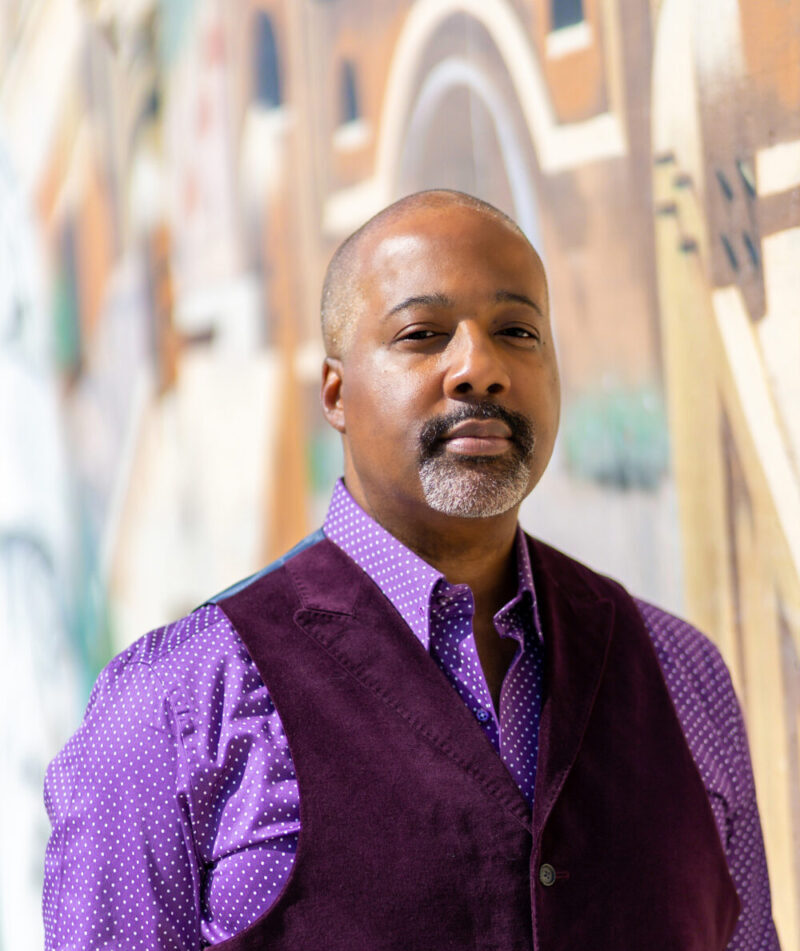 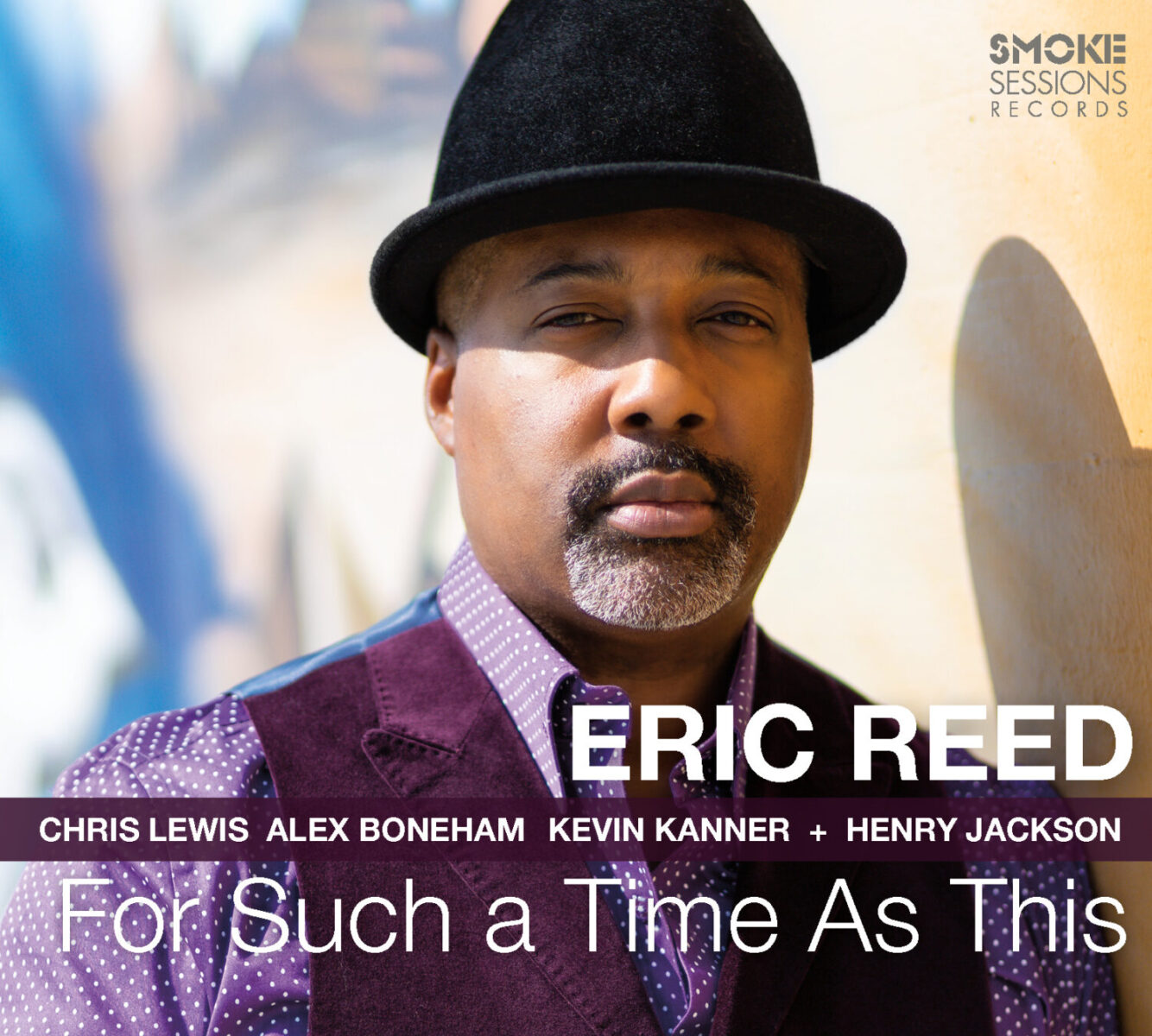 For Such a Time As This