The sound of stride piano vividly evokes scenes from the past: the roaring nightclubs of 1920s Harlem, the raucous birth pangs of jazz’s nascent years, the gymnastic burlesques of risk-taking silent movie madcaps. But in the music of pianist/composer Emmet Cohen, the past is always present, if not venturing with sly turns into an open-eared future as we enter into a new iteration of the roaring 20s.

On his latest album, Cohen revisits one of the music’s earliest forms without a trace of quaintness or throwback pastiche by meticulously covering the genre’s lexicon spanning the past century and melding its context with “modern” music. With Future Stride, due out January 29, 2021 via Mack Avenue Records, he instead finds the immediacy in a stylistic approach that can speak volumes to modern listeners open to recognizing its thrilling vitality. Though he’s made a point of connecting with masters from the past throughout his still-young career, Cohen pointedly invites a group of his peers to realize this project, including his longtime rhythm section partners, bassist Russell Hall and drummer Kyle Poole, along with two of modern jazz’s most progressive voices, trumpeter Marquis Hill and saxophonist Melissa Aldana.

“I find that all great art can be considered modern,” Cohen explains. “Whenever you listen to Stravinsky or watch Stanley Kubrick, when you read Shakespeare or look at Picasso, it remains the most modern, genius art that you can find. It allows people in every time period to feel and experience the same emotions relevant to the period that they live in. For me, stride piano belongs in that category; the music of Art Tatum and Earl ‘Fatha’ Hines and Willie ‘The Lion’ Smith has implications that can affect people today in a very deep manner.”

In that sense, the music of Future Stride viscerally connects our century’s second decade with the last, dissipating the mists of time that shroud the era of early jazz. For anyone who might relegate the music’s pioneers to some antiquated past, Cohen makes a bracing argument from the outset with “Symphonic Raps,” a piece that Louis Armstrong recorded with the Carroll Dickerson Orchestra in the late 1920s and has been rarely, if ever, revived since. The trio’s breakneck rendition ensures there’s no dust left on the tune, which Cohen likens to “a hip-hop groove. That tune sums up how our trio communicates joy.”

The mood shifts drastically with the album’s second track, Cohen’s haunting original “Reflections at Dusk,” with the pianist’s shimmering keys underlying the aching melody essayed by Hill and Aldana. Cohen wrote the piece while contemplating a series of personal changes that had affected his own life in the months leading up to a global pandemic altering everyone’s lives. “I had started to take a lot of time for reflection even before the world stopped,” he says. “I think everyone is going through some version of that now, finally taking advantage of the chance to stop and listen to their own voices and thoughts. This piece is about taking time for yourself, which can be very difficult sometimes.”

The beloved drummer Lawrence “Lo” Leathers, who died tragically in June 2019, is given a deeply felt farewell on “Toast to Lo.” Leathers had been an influential figure in the lives of all the members of the quintet, Cohen recalls. “We miss him very dearly. He became like the mayor anywhere he went; he knew everyone. He reminded me of a jazz musician from the past. Russell and I played our first gig ever in Paris with him, and we watched as he even became the jazz mayor of Paris. We saw him cultivate his outlook on the world, which was one of power, beauty, and equality.”

The title track – written by Cohen and Poole – provides Cohen’s own contribution to the stride tradition, with the pianist engaging in a time-warping dialogue with his triomates, embodying the concept of the album in daring and spirited fashion. The classic Sammy Cahn/Jimmy Van Heusen ballad “Second Time Around” makes a similar point from a very different perspective, tapping into a timeless emotion with a profound tenderness. “Dardanella” is something of a rite of passage for stride pianists; with a wide breadth of pianists throughout history having put their own twist on the oft-recorded tune. Cohen foregoes the usual solo approach to take it for a lilting spin with the trio all contributing to its sparkling vivacity.

Cohen wrote “You Already Know,” a tune quickly achieving newfound standard status, shortly after moving to New York City, and the quintet’s version captures his wide-eyed response to the city’s hectic pace. Duke Ellington wrote “Pitter Panther Patter” as a showcase for his Orchestra’s mighty bassist, Jimmy Blanton, and Cohen uses it to similar ends, shining a well-deserved spotlight on Russell Hall’s agile talents. The Rodgers and Hart standard “My Heart Stood Still” was a last-minute call as the session neared its end, allowing the trio to show off its breezy but scintillating camaraderie. The album ends with another Cohen original, “Little Angel,” a tale of heartbreak brilliantly illustrated by Hill’s gorgeous, hushed melodicism.

Where Future Stride began with a piece revived from nearly a century ago, it ends with a tune that explicitly points to the future, with a supple R&B influence that colors much of Cohen’s original music but has become one bold path for modern jazz to explore. The fact that a listener would be hard-pressed to point to one or the other of those poles as more “old-fashioned” or more “forward-looking” makes Cohen’s point more eloquently than words ever could: if emotion is conveyed from musician to listener, that emotion lives in the eternal now and the sound is always past, present and future. 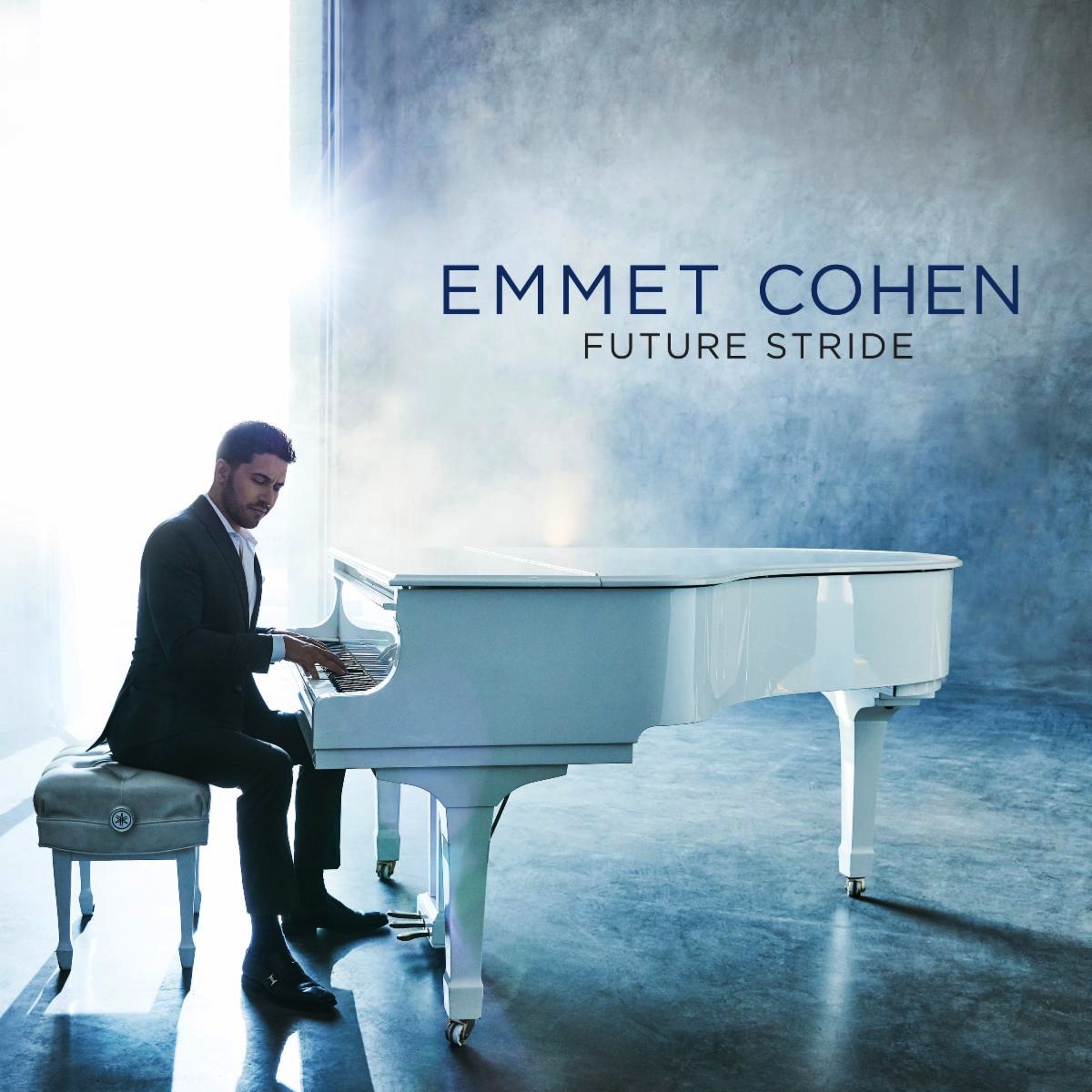