About twenty years ago, when Eli Degibri was attending Berklee School of Music, his teacher commented on a solo he’d played during a casual session on Wayne Shorter’s “Yes Or No.” “He stopped the music,” Degibri told DownBeat magazine in 2011. “He said, ‘You play old in a new way.’ In this one phrase, he basically said my motto.”

Keep the playing-old-in-a-new-way mantra in mind as you listen to Soul Station, the 40-year-old tenor saxophonist’s eighth album. If the title evokes a sense of déjà vu, that’s because Degibri conceived the date as a tune-for-tune “remake” of an iconic 1960 album of that name for Blue Note Records led by tenor saxophonist Hank Mobley (1930-1986) with a hall-of-fame rhythm section of master practitioners of swing and blues-oriented expression — pianist Wynton Kelly, bassist Paul Chambers, and drummer Art Blakey. Fifty-seven years later, Tel Aviv native and resident Degibri and his rhythm section of Israeli twenty-somethings capture the soulful earthiness of those proceedings, while imbuing the repertoire with their individualism and articulate it in their own manner.

On the album-opening “Remember,” for example, Degibri and company sustain the “perfect dancy-funky groove” of the original, but create a fresh pathway by using composer Irving Berlin’s original changes in lieu of what Degibri calls Mobley’s “perfect reharmonization.” On Mobley’s “This I Dig Of You,” long a jam session staple, he plays a transcription of Wynton Kelly’s original solo on soprano saxophone in unison with the gifted pianist Tom Oren. Degibri counter-states Mobley’s medium-up-swing interpretation of “If I Should Lose You” by playing it as a ballad, adding his own touch by reharmonizing the changes. He alters Mobley’s up-tempo rhythm changes line, “Split Feelings” by blowing on soprano while also reharmonizing the bridge of the melody.

Degibri concludes the proceedings with his sole original, “Dear Hank.” “I tried to get into Hank’s head and imagine how he’d be composing if he was alive today,” he says. “It’s a true and pure tribute to my hero. Soul Station made a huge impact on me at a very early age. Every time I think about Hank, every time I imagine his sound, I feel happy and good—his sense of sound and melody is embedded in my music.”

Known colloquially to his generational peer group as “the middleweight champion of the tenor saxophone,” Mobley deployed authoritative chops to tell lyrical stories that danced around the rhythm, constructing long, complex, harmonically adventurous lines that he resolved with cat-like elegance. On the homage, Degibri packs a heavyweight wallop with impassioned, ascendant, muscular, ever-melodic declamations, rendered with what his long-time colleague Aaron Goldberg described as a “refined, creative jazz sensibility.”

Ron Carter got Degibri’s message early, and recommended him to Herbie Hancock, who hired him in 1999 for what would be a 30-month stint performing repertoire from Hancock’s GRAMMY® Award-winning Gershwin’s World album. He further refined his artistry as a member of drum master Al Foster’s group from 2002 until 2011, and as the leader of bands that included such internationally acclaimed musicians as Goldberg, Kurt Rosenwinkel, Ben Street, Jeff Ballard, Kevin Hays, Gary Versace, Gregory Hutchinson, and Obed Calvaire, resulting in seven well-regarded recordings of primarily original music, including Cliff-Hanging.

After moving back to his homeland from New York in 2011, Degibri — who is the artistic director of the Red Sea Jazz Festival — began forming bands culled from Israel’s large pool of young hardcore jazz oriented musicians. He’s worked with the musicians on Soul Station — pianist Tom Oren, bassist Tamir Shmerling, and drummer Eviatar Slivnik—for the last three years.

“All my guys knew all this music, because in Israel Soul Station is taught in school,” Degibri says, explaining why this quartet of Millennials renders the repertoire with the seasoned flair you might associate with masters who came of age during the aftermath of World War II. “The kids in Israel know their tradition. They don’t feel it’s not cool to play 4/4 rhythm changes or to play the blues. “I think it’s nice for my audience to hear where all the music came from. At the end of the day, I like to play standards. Making them sound good and fresh is important to me. Why is it acceptable to remake a classic Hollywood movie but such a faux pas to remake a classic jazz record?

“When I came to New York, I didn’t write. My only goal and dream was to be able to play and to speak the language, and the only way to that was by playing with great musicians and playing standards,” says Degibri. “I’m very proud of my compositions, but this album is also a way for me to free myself and say, ‘I’ve done that.’” 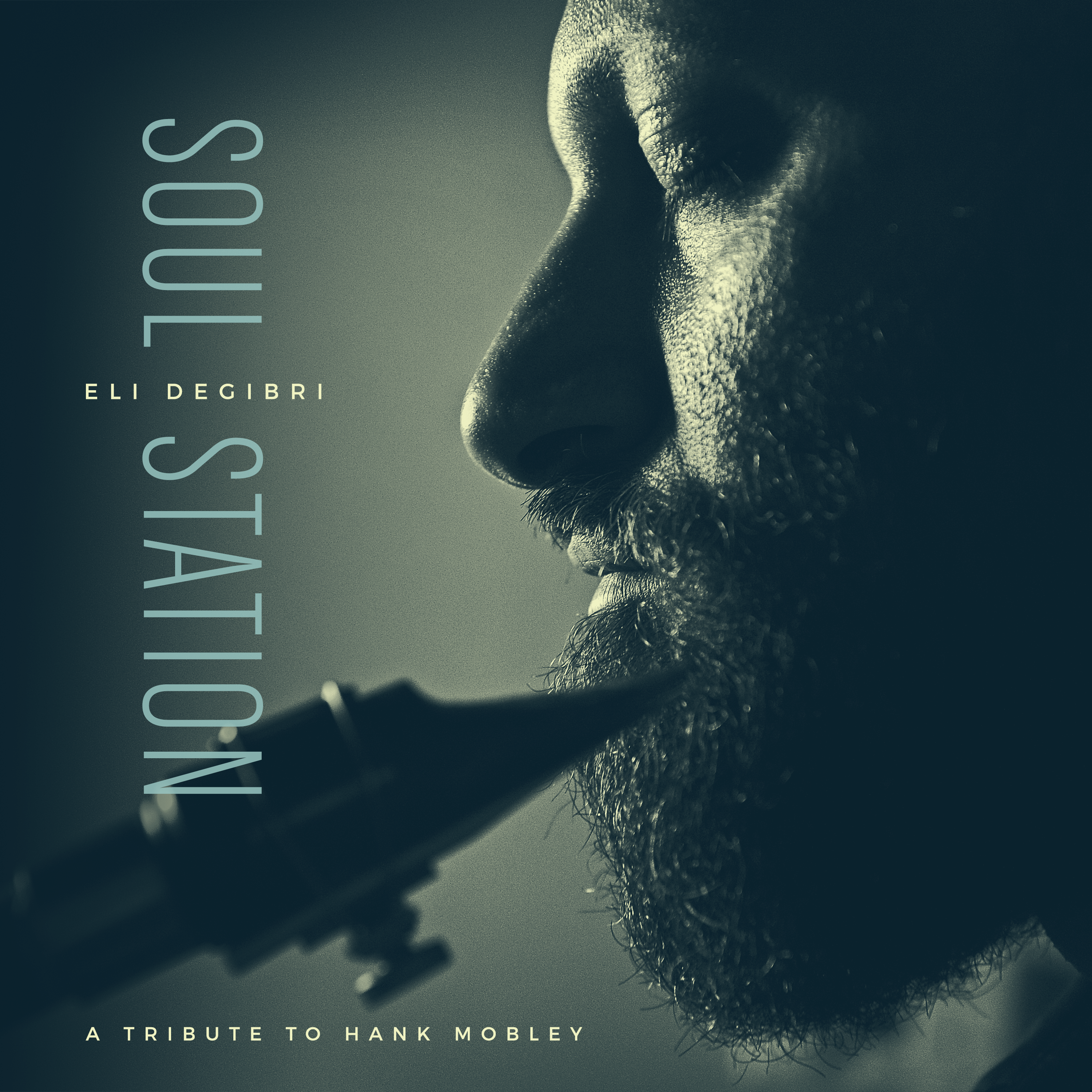