It’s never been wise to bet against Eddie Henderson. Not that the trumpet great is a gambling man, despite what the jackpot ride and shades-masked poker face on the cover of his invigorating new album, Shuffle and Deal, might imply. “I play War, but that’s about it,” Henderson jokes. “I’m not sophisticated enough for more than ‘high card wins.’”

Henderson’s storied biography suggests otherwise. The son of a vocalist father and a mother who danced at the Cotton Club, young Eddie received his first trumpet lesson from Louis Armstrong. His parents’ coterie of friends included Miles Davis, who provided the fledgling trumpeter with some typically sharp-toned mentorship. Henderson’s own remarkable career has included tenures with Art Blakey’s Jazz Messengers and Herbie Hancock’s Mwandishi band along with his successful parallel life as a psychiatrist in the Bay Area.

Due out July 31 via Smoke Sessions Records, Shuffle and Deal finds Henderson turning over yet another winning hand. It doesn’t hurt that he arrived with four aces up his sleeve – namely, the members of his stellar quintet: pianist Kenny Barron, alto saxophonist Donald Harrison, bassist Gerald Cannon and drummer Mike Clark. Add the leader into the mix and you end up with an unbeatable royal flush.

The album features a mix of familiar standards and original compositions by both Henderson’s musical and actual families – in addition to pieces by Barron and Harrison, the repertoire also includes pieces by the trumpeter’s wife Natsuko Henderson and his daughter, musician and educator Cava Menzies. The collection adds up to a blend of identities and voices that Henderson likes to refer to as a “collective portrait.”

Released just in time for Henderson’s landmark 80th birthday, Shuffle and Deal reveals a master at the height of his powers, able to unleash blistering, agile runs on bop burners as well as explore ballads with an exquisite fragility (yet more evidence that a lack of sophistication isn’t what’s keeping him away from the card table). If anything about this date looks backwards through the trumpeter’s eight-decade history, it’s not the vitality of the playing but the structure of the program, which keeps an engaged audience firmly in mind throughout.

“I want the audience to really feel the music and start moving,” Henderson insists. “Jazz started as dance music in the first place, so I want to bring that element back into the music. The telltale common denominator when people are really enjoying themselves is when they feel like they want to get up and dance. Not the European concept of listening to music, just sitting still and static, shushing people and politely clapping at the end of the tune. No! I thought it was supposed to be fun. That’s the way I grew up.”

Henderson’s newly penned title track should do the trick from the outset, jolting listeners out of their chairs with its insinuating shuffle beat (the actual source of the album’s title). The feel of the tune was inspired by Henderson’s early mentor, in particular Miles’ shadowboxing rhythmic feel on Jack Johnson.

“Miles just had this aura when he played,” Henderson explains, citing the goal he envisioned when playing the tune. “In the liner notes to My Funny Valentine they used the word ‘duende,’ which refers to the presence that matadors have, like they could walk on eggshells without breaking them. It’s a master’s approach; it leaves an indelible imprint on your memory. I always have some ideal in my mind when I play. I close my eyes and there’s a blank screen, but I envision elegance and purity. So I know where I want to go, but I don’t know how I’m going to get there.”

Henderson described a similar approach to “Over the Rainbow,” which he was inspired to play after seeing Judy Garland perform the song in a documentary. The tragic life imbued the song with a very different meaning than it possessed in the more innocent and whimsical context of her original version in The Wizard of Oz. That emotional resonance makes it a perfect companion piece with “God Bless the Child,” which is impossible to imagine separate from Billie Holiday’s emotion-laden voice. Both are rendered with aching tenderness by Henderson and the quintet, held aloft by Clark’s delicate yet foundational brushwork.

Barron contributed two pieces to the album. The barbed “Flight Path” was the title track to the 1983 second album by his Monk-inspired quartet Sphere, while “Cook’s Bay” was originally recorded for 2000’s Spirit Song with Henderson on trumpet. The two men share a long history and a matchless chemistry, nowhere more gorgeously evident than on their intimate album-closing duet on Charlie Chaplin’s “Smile.”

“Kenny Barron is invaluable to me,” Henderson says. “He’s always right there, always supportive and knowing exactly what I need. It’s just like breathing in and breathing out with Kenny. It’s like he’s part of my thoughts.”

The album’s final standard is a lyrical evocation of the classic “It Might As Well Be Spring.” Menzies’ offering for the album is the smoldering, dark-hued “By Any Means,” which echoes the tone of “Nightride,” her contribution to Henderson’s previous album, Be Cool. “Both those tunes are mysterious,” her father laughs. “I guess she got the mysterious side of her character from me.”

A crisp call-and-response between Cannon and Clark ignites “Boom,” Natsuko Henderson’s soulful new piece. It’s as aptly named as “Burnin’,” reprised by Harrison from his own 2001 album Paradise Found (which introduced his young nephew Christian Scott on trumpet). Like much of the album, the tune was nailed in a single take – in this case, an off-the-cuff rendition captured when Harrison was unaware that tape was even rolling. “I thought we were just rehearsing,” he says, shrugging off the effortless brilliance of his sharp solo. “I thought we were just jiving around but everybody else thought it was killing.”

That modesty, belied by the compelling beauty of his playing on Shuffle and Deal, is typical of Henderson, who has always preferred to keep his cards close to his chest. That doesn’t seem likely to change as the trumpet maestro turns 80. “That just happens to be another inch along the way,” he says. “I’m not close to finished. I feel like I’m just beginning.” 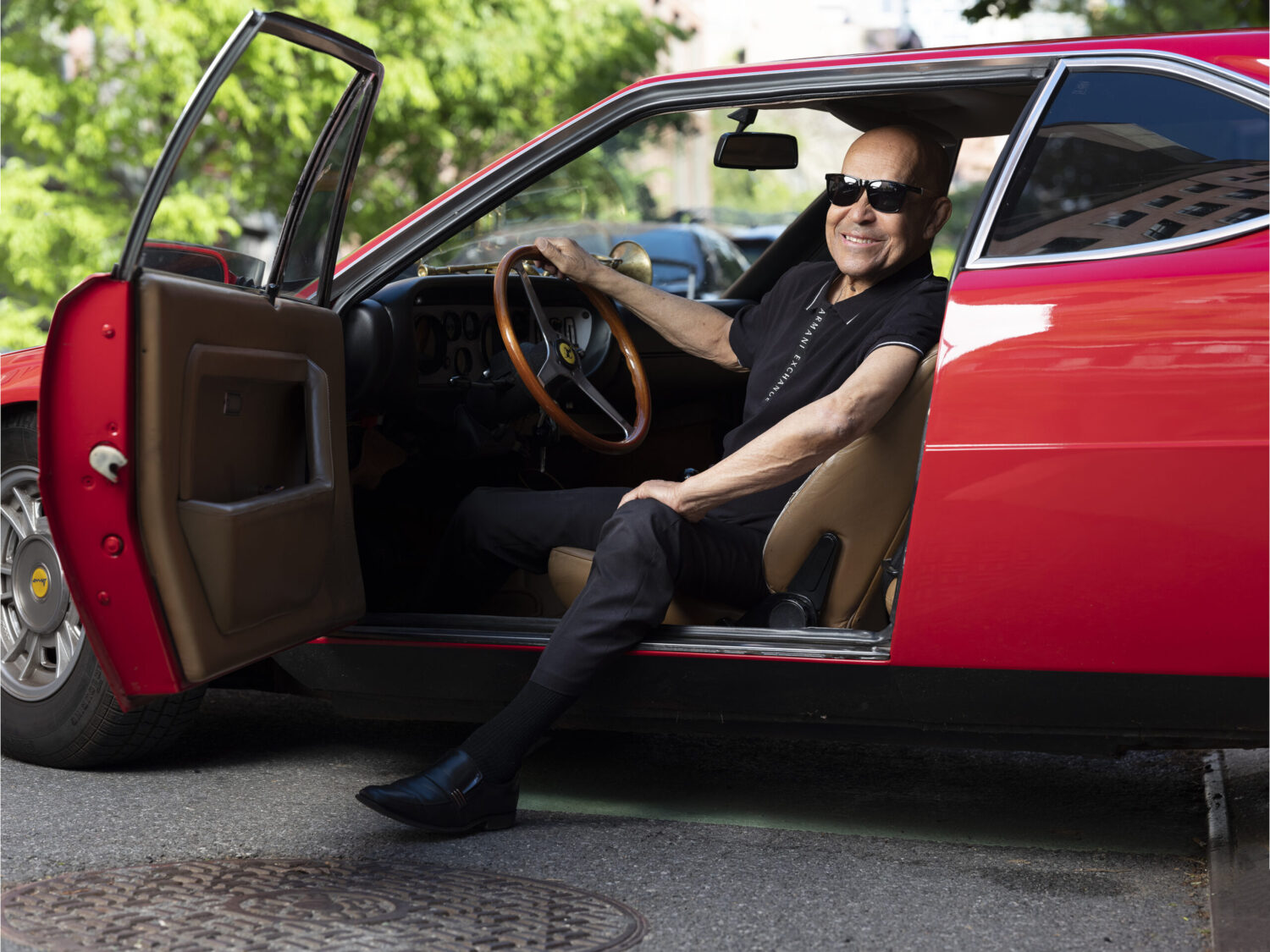 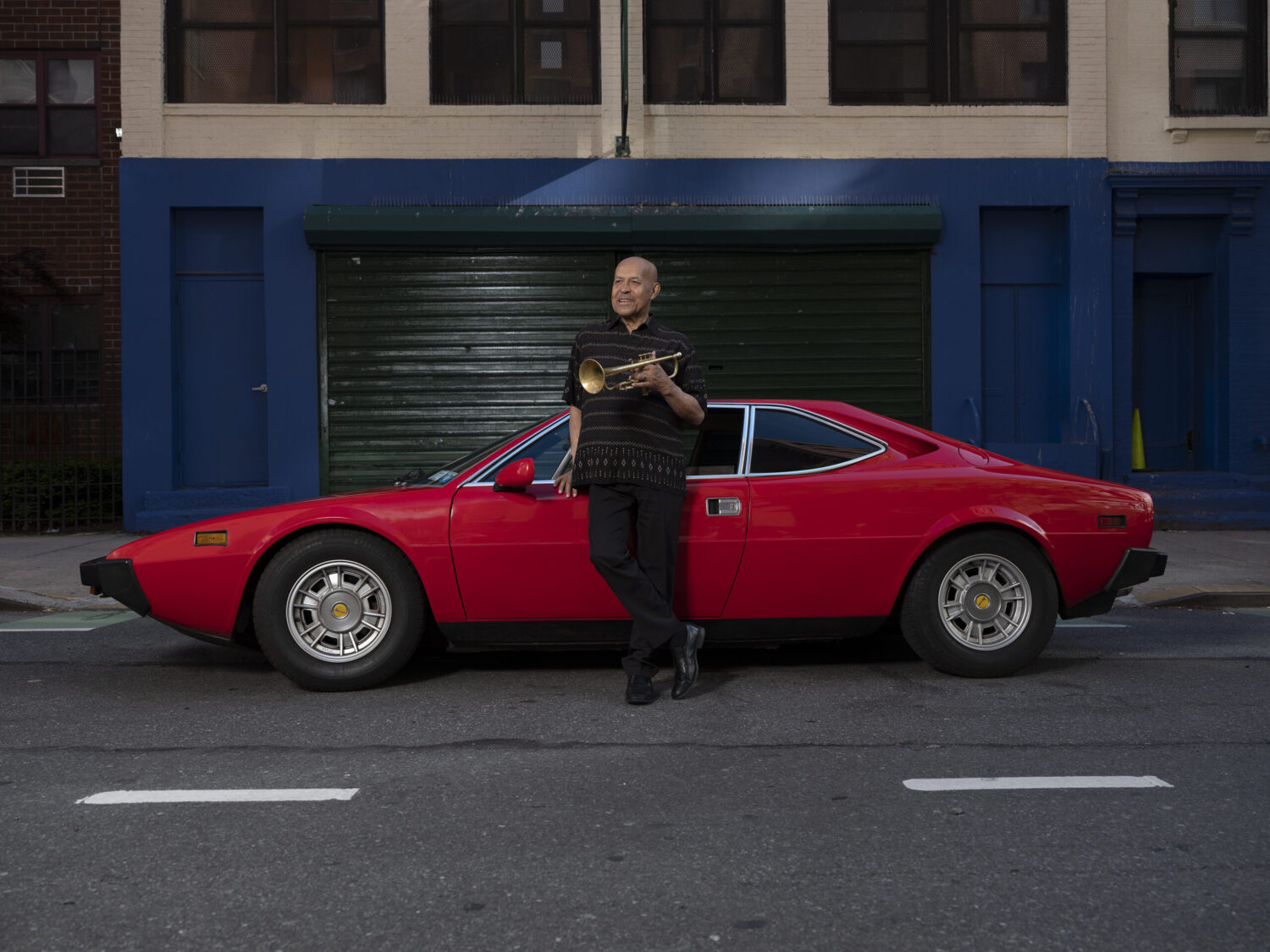 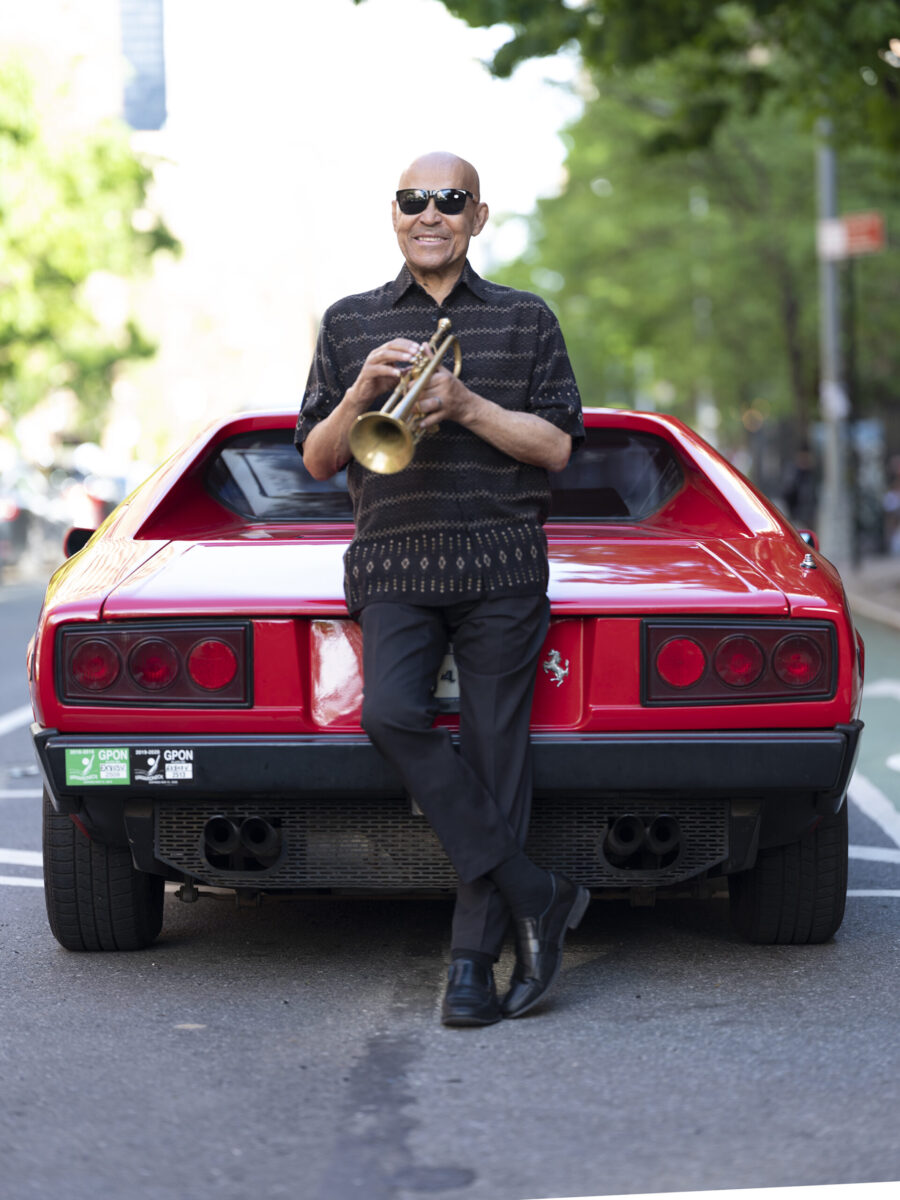 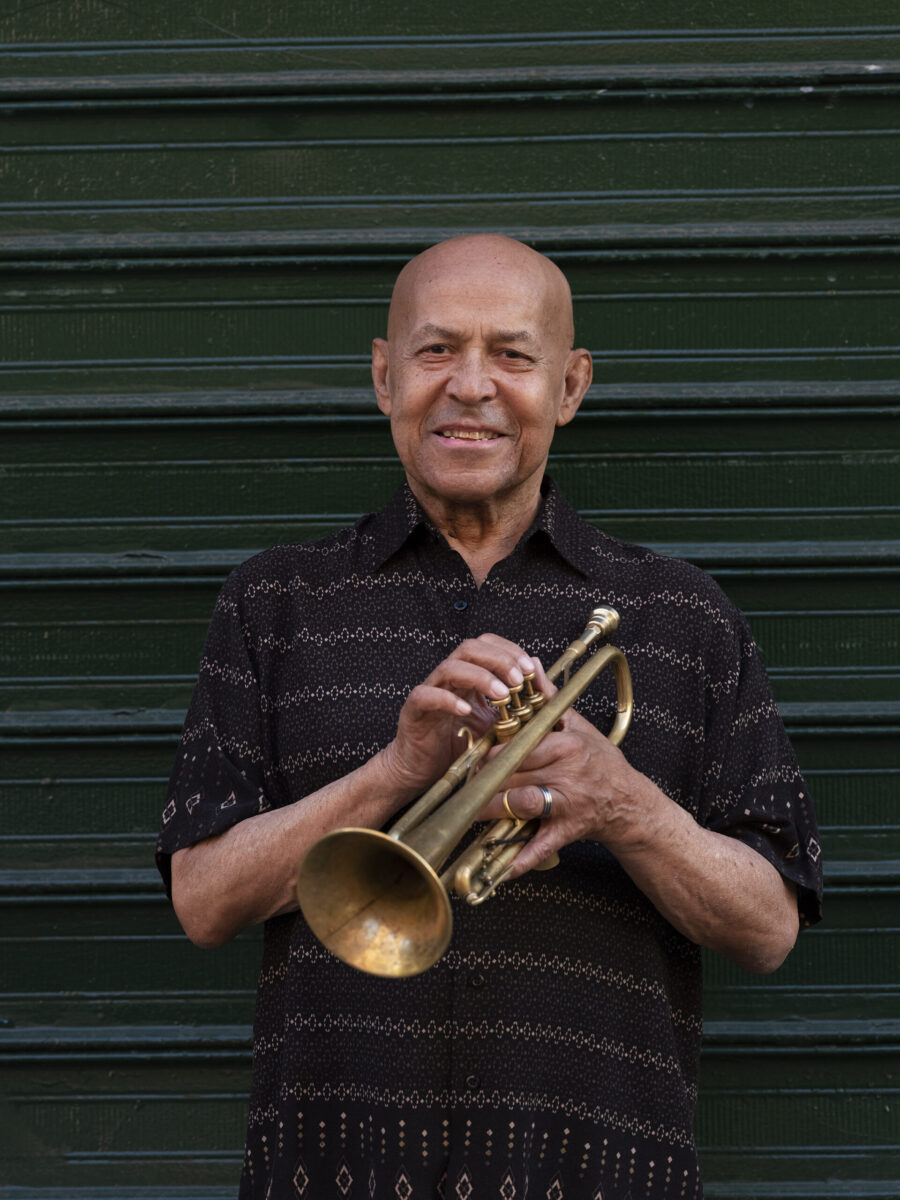 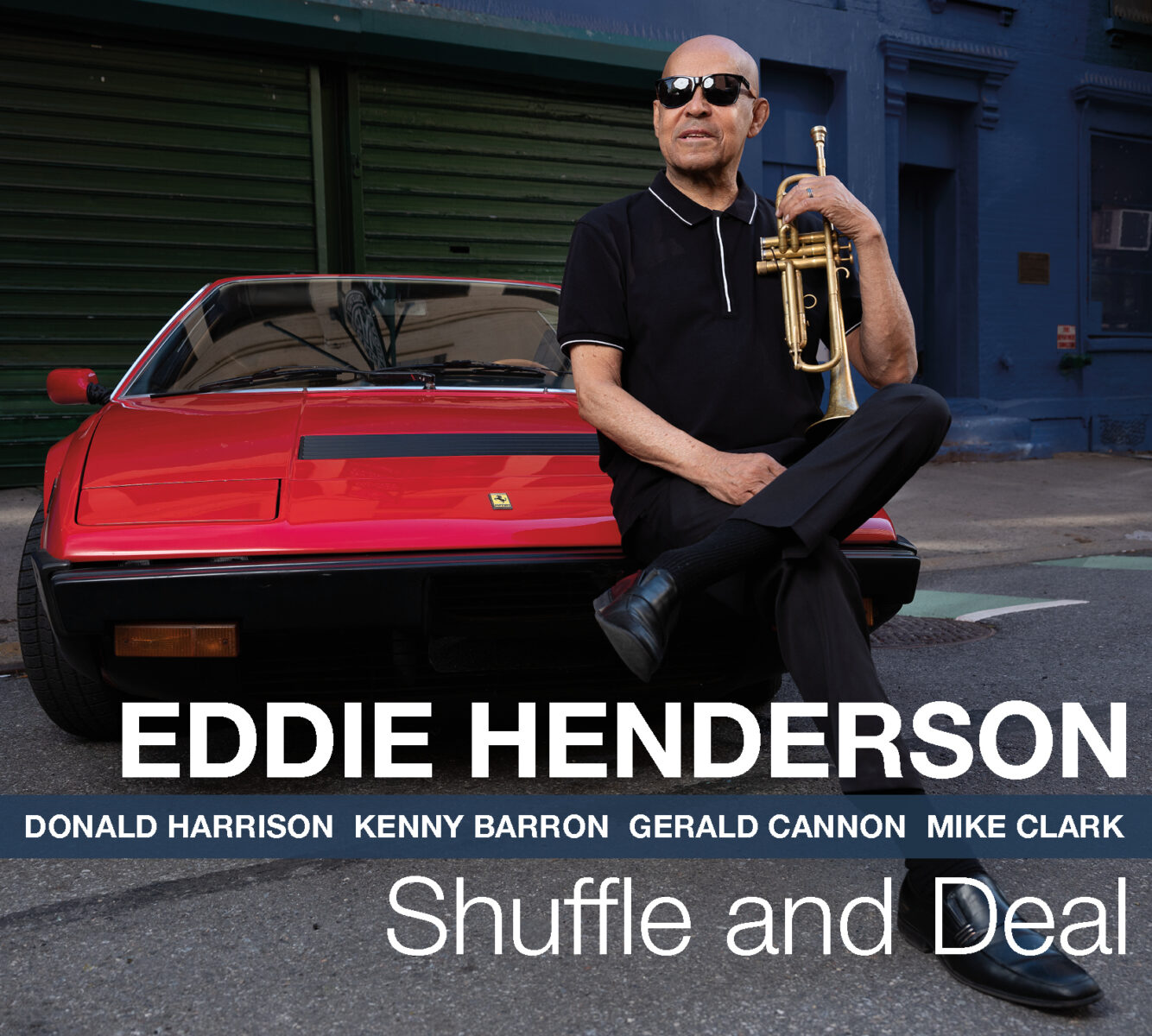