Dominick Farinacci is set to release his Mack Avenue Records debut, Short Stories – a compelling suite of music with a repertoire that spans genres and generations united by the trumpeter/composer’s soulful conception. Bringing together songs from Tom Waits, Horace Silver, Dianne Reeves and the Gipsy Kings as well as original compositions, Farinacci has managed to create his own musical universe, aided by musicians of the highest caliber. A short glance at the artists he and producer Tommy LiPuma involved speaks for itself: Christian McBride, Steve Gadd, Larry Goldings, Jacob Collier, Jamey Haddad and Gil Goldstein, for starters.

All of the songs have a narrative that any listener can relate to. It might be the eternal duet between people in love, a memory from way back triggered by a chance encounter, an enchanting melody heard from afar that takes over your life or the tremendous empathy that can come from seeing someone else overcome an unimaginable personal struggle.

Farinacci had already achieved enough stature by his mid-teens that Wynton Marsalis offered to help him set his sights on coming to New York, and by 2001, Farinacci was one of only four trumpeters in the world to be selected as the inaugural students in The Juilliard School’s first jazz curriculum. During his school years and afterwards, Farinacci immediately distinguished himself as a soloist/bandleader/composer with a vision.

Soon thereafter, Farinacci was named the first Global Ambassador for Jazz at Lincoln Center and traveled to Qatar where his world expanded beyond his wildest dreams. Throughout the two years that Farinacci spent there, he broadened his activities to include dozens of different projects, where the goal was, through his music and outreach activities, to unite communities and overcome barriers of every sort: nationality, religion, musical taste, as well as economic and educational statuses in Qatar and Abu Dhabi.

Out of this experience, Farinacci was inspired to write “Doha Blues.” “When I first arrived in Doha, I heard the ‘call to prayer’ over the loudspeakers as I was driving through downtown, seeing an ultra-modern skyline that looked like something from another planet,” Farinacci explains. “The mix between Qatar’s conservative culture, modern architecture and the multicultural population inspired the song.” The track is introduced by Lebanese vocalist Mike Massy, which then settles into Arabic percussionist Jamey Haddad’s mesmerizing groove.

Due to his accomplishments in Music & Wellness, Farinacci was invited to do a TED Talk in Washington, D.C., and has been invited to perform by The Cleveland Clinic and Mubadala Development Company on numerous occasions. Community-based campaigns Farinacci has developed and led include a partnership with the U.S. Marines to help children of Hurricane Sandy, a music project working to bring together the Jazz and Gospel communities in Cleveland (Spirit of the Groove), a fundraiser to benefit victims of the 2011 Japanese tsunami and a interdisciplinary visiting artist series bringing national jazz artists into various academic settings.

Life itself has many different sorts of mentorship built into it. A life in the arts can’t exist without these kinds of relationships, and Short Stories is the fruit of the coming together of two kindred spirits, Farinacci and LiPuma, from the same home town (Cleveland, Ohio), separated by just under half a century in age. What unites them is a clear, modern aesthetic vision that combines the highest musical standards with a desire to be agents of change. As LiPuma recently said, “Every so often I meet a young artist who has what I call an old soul – that’s Dom! He’s a rare bird – persistent as all heck, but in a nice way, like all the greats I’ve known. I was shocked at how quickly he adapted his live performance style to what we needed in the recording studio – I was blown away.”

LiPuma’s credits as a producer are far too numerous to list here; suffice it to say he has played an essential role in the sound of the last 50 years, with 35 albums certified gold or platinum, four GRAMMY® Award wins and 33 nominations. If you have heard Sir Paul McCartney, Barbra Streisand, Miles Davis, George Benson, Natalie Cole, Dave Mason, Diana Krall and Dr. John – you have heard Mr. LiPuma’s work.

“Tommy and I also share a love for Louis Armstrong,” Farinacci says. I came to him with a song by the Gipsy Kings called ‘Bamboleo,’ and thought it had the kind of lyrical sense that reminded me of Pops. I would hear it in every country I was in, most notably in a club in Lebanon with 1,200 people singing along. The reaction was perhaps because the song is a story very familiar to all of us: how love can come into your life like a tornado, then sometimes leave with the same intensity. Despite it being heartbreaking, you’re always wanting for it to come again.”

One standout track is “Soldier’s Things,” introduced to Farinacci by LiPuma due to their shared love of the distinctly voiced Tom Waits. It exemplifies the challenges many soldiers face after they return from war. “I met an extraordinary young Staff Sergeant from my hometown who spent years in Afghanistan as an infantryman in the 82nd Airborne Division,” says Farinacci. “Few can understand the things he went through and what kind of impact these experiences had on him. The song itself moves through various emotions from contemplation, despair and loss to hope and wanting to change your life. I wanted to reflect his journey, incredibly inspiring determination and will to rebuild his life after service.”

Amazingly, Farinacci found time during his Middle East years to also play an integral role in the conception and build out of Cuyahoga Community College’s Tommy LiPuma Center for Creative Arts. At that point the dynamic partnership that brings us Short Stories went from concept to reality. Also sharing a commitment to education, Farinacci and LiPuma involved hundreds of students in the process, scheduled individual workshops with all artists on the record, and documented every minute of the session with GoPro cameras. This was unprecedented for a session of this caliber, and certainly a first for their hometown.

There are so many superlatives thrown around these days that they seem to have lost their effect; but as this unique and deeply grounded album sinks into your consciousness, you will undoubtedly come to the conclusion that Dominick Farinacci is not only one of the truly outstanding musicians of his generation, but also that what is behind the music is nothing short of miraculous. In Farinacci’s own words: “While Short Stories is the title of this particular recording, it has come to represent a culmination of things I’m most passionate about – performance, education, music & wellness and community-based cultural collaborations – unfolding in the music and touring around the world.” 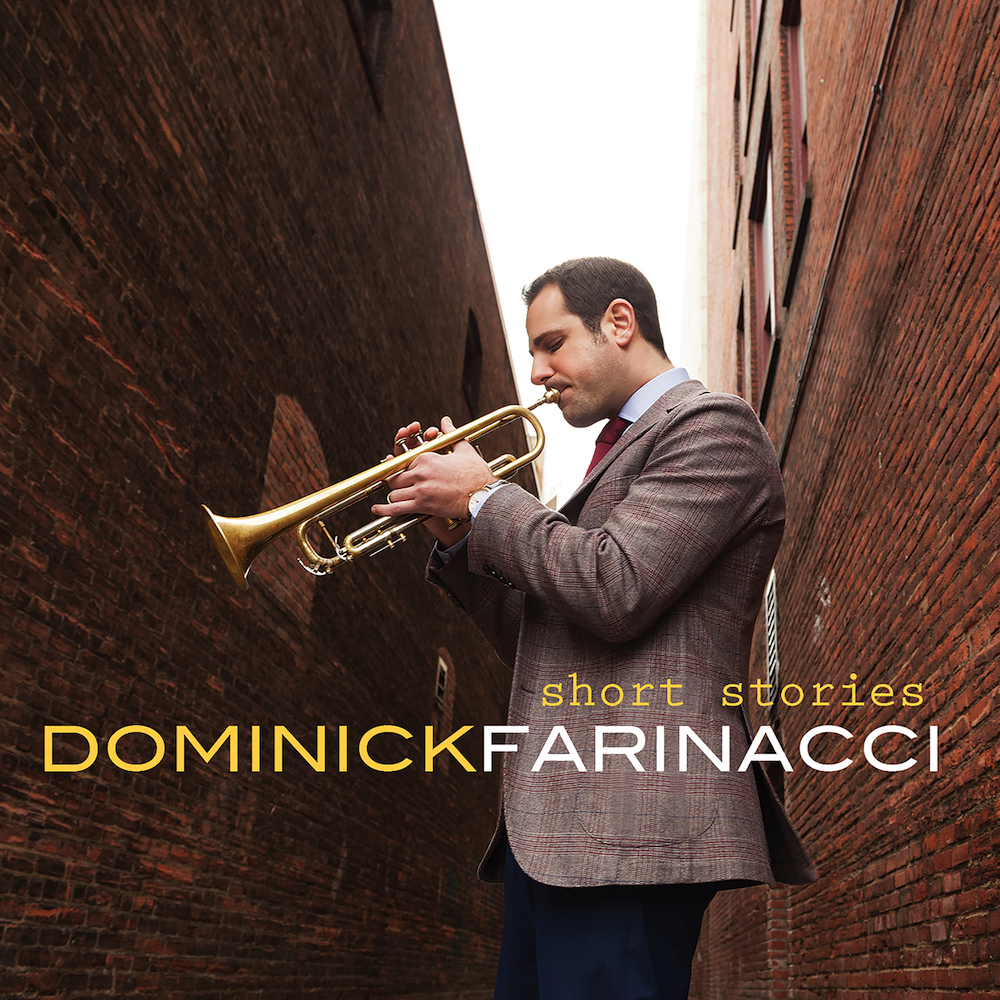