Alone Together, vocalist Catherine Russell’s seventh studio album as a leader, is a search for truth. Drawing on composers and lyricists of The Great American Songbook—Irving Berlin, Eddie de Lange and Jimmy Van Heusen—along with songwriters from the Swing and Rhythm & Blues eras—Nat Cole, Louis Jordan, and Al Dubin and Harry Warren—Russell invigorates their creations. At the center is Russell’s voice, and while comparisons to Ella, Billie, Sarah, and Dinah abound—while flattering—she has a sound all her own. “Blues infused jazz tunes are the ones I gravitate towards, because they enable me to freely express myself in the moment,” says Russell.

Catherine Russell is a native New Yorker, born into musical royalty. Her father, the late Luis Russell, was a legendary pianist/composer/bandleader and Louis Armstrong's long-time musical director. Her mother, Carline Ray, was a pioneering vocalist/guitarist/bassist who performed with International Sweethearts of Rhythm, Mary Lou Williams, Sy Oliver, and countless others.

The songs on Alone Together ask timeless questions. Russell’s curatorial skills shine brightly with thirteen compositions, from the obscure to familiar standards. The title track, written by Arthur Schwartz and Howard Dietz, is full of hope that if everyone sticks together, we can overcome whatever is in front of us.

On her current outing, Russell embarks on a yearning quest. A philosophical mood pervades the proceedings, even when the singer gives in to her penchant for having fun. In “You Can’t Pull The Wool Over My Eyes,” a popular tune in 1936 among swing era big bands, this “honey lamb” won’t give in to deception. “Honesty is a good thing, and that’s what this tune is about,” says Russell. “And you can’t fool me.”

Russell continues with blues tunes by Louis Jordan: “Early In The Morning” and “Is You Is or Is You Ain’t My Baby.” “Louis Jordan to me is pure fun, comical, bluesy and rhythmic,” Russell says. “The rhythm & blues era reminds me of having a good time with people.” An undeservedly obscure, long forgotten gem, “He May Be Your Dog, But He’s Wearing My Collar,” originally recorded by blues singer Rosa Henderson in 1923, declares that “a lie is some disgrace,” to which our heroine won’t abide, reaffirming the importance of honesty.

A thread of questioning continues through tunes like Irving Berlin’s classic “How Deep Is The Ocean?” and “When Did You Leave Heaven?” by Walter Bullock and Richard A. Whiting (previously covered by Little Jimmy Scott, Louis Armstrong, and Nancy Wilson), which receives Russell’s heartfelt, take-no-prisoners reading. “We don’t have the answers,” notes Russell. “How much I love you can be infinite, as infinite as the universe, and it’s an open-ended emotion.”

Catherine Russell combines a pedigree, where classic jazz & rhythm and blues run through her veins, with the sensibility of a lifetime in popular music. On Alone Together, an intoxicating brew emerges. The connections are real and natural, never forced, always true. 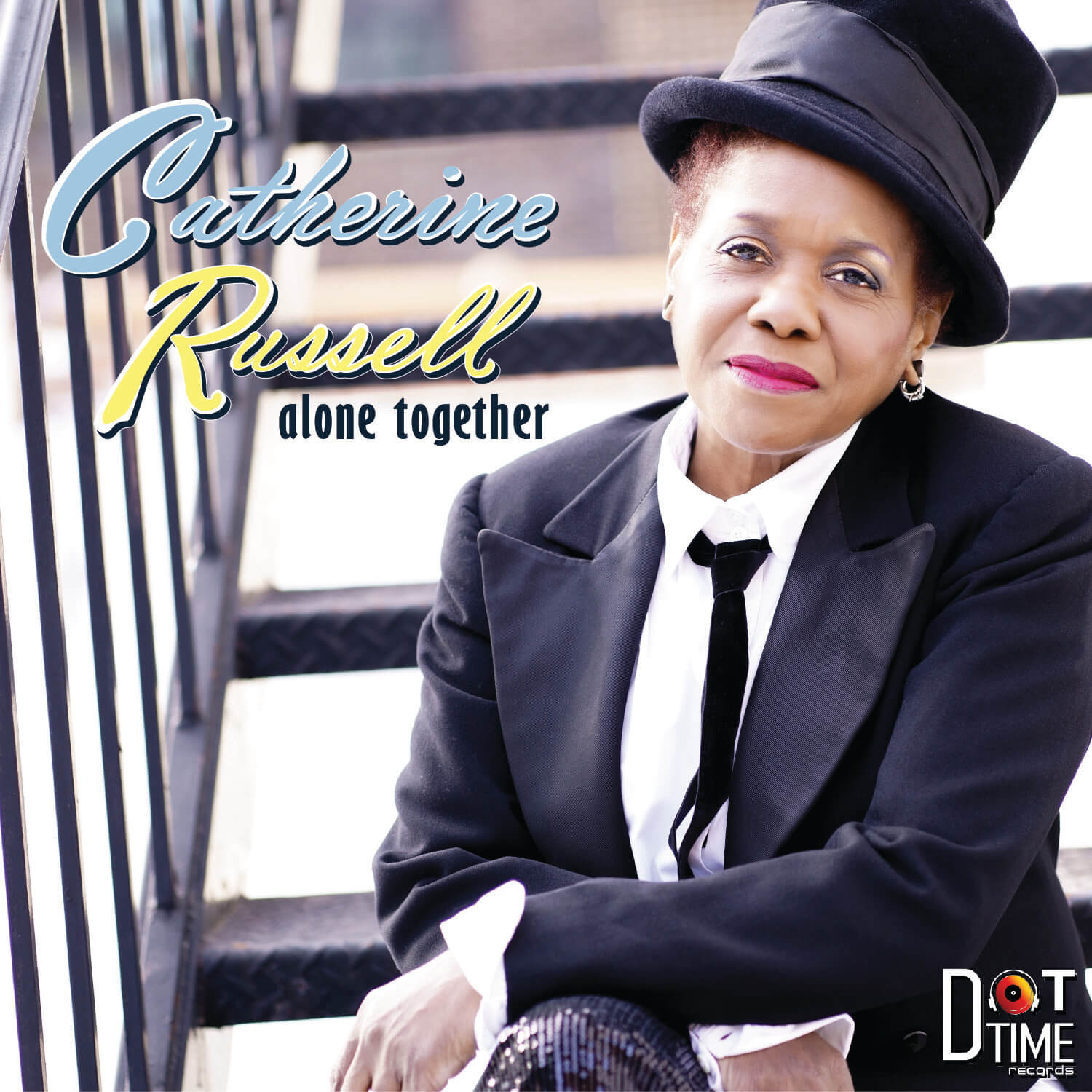