Who is the Planetary Prince? According to keyboardist and composer Cameron Graves, it’s him. The title and concept go back long before the 35-year-old pianist struck his first piano key but in the past few years, Graves has surveyed a fair amount of the Earth as a member of the West Coast Get Down, a Los Angeles-based collective that also includes saxophonist Kamasi Washington, keyboardist Brandon Coleman and drummer Ronald Bruner, Jr.

Three of the five tracks were recorded in 2017 at Graves’ record release party held at the world-famous Troubadour nightclub in West Hollywood, CA - a room that has boasted more than 600 live albums from renowned artists, including Carole King, Elton John, The Eagles, Tim Buckley, Donny Hathaway and Merle Haggard. “The Troubadour was one of the first places that Return to Forever played,” says Graves. “Stanley was going to be performing with me. I had one of the guys there! It was just a legendary situation.”

The opening track features a rambunctious band engaging a rambunctious crowd for maximum energy. With a grand piano squeezed onto the tiny honky-tonk stage, Graves pounces on a riff that is more OzzFest than Monterey. Washington with his saxophone and trumpeter Philip Dizack pull the tune closer to a bullring, chomping with a matador’s confidence. Bruner keeps the procession tight from his drum kit going through stellar solos from Graves and Washington. “Ronald and I are telepathic,” says Graves. “I know where he’s going to go. He knows how I sound. I have a quirky sound. Ronald has a very precise sound. He compliments what I do.”

Joe Henderson’s “Black Narcissus” features Stanley Clarke on upright bass for a straight-ahead display of chops and melody. Clarke has been a mentor to many of the West Coast Get Down members, employing and collaborating with many of them including taking Graves on the road for the past four years. “The West Coast Get Down used to play a club in Hollywood called Piano Bar. That’s how we all got our sound. Everybody would come through the Piano Bar including Stanley Clarke’s son, Chris. It came up that Stanley was looking for someone to do keyboard stuff, and next thing I knew I was on tour.”

Clarke is responsible for Graves’ understanding of the tune, often calling it from the bandstand as an ode to the giants of jazz. “Cameron is an unusual kind of musician,” says Clarke. “It’s hard to put a label on him. You can’t say he’s a jazz musician, rock musician, classical musician. He’s well versed on all those genres of music. Very few piano players have a technique like he has.”

“I have a little bit of hip-hop in there and a little bit of Indian music, too, though,” clarifies Graves. “I played tablas for six years. I immersed myself into Indian music. Because I draw from all those styles, there is a certain quirkiness to my playing. It has this off-beat, on-beat, off-beat constant playing around with the rhythms. I’m in and out of every type of scale. I feel like everything works with everything in music. The dissonance and the consonance comes together to create that magic.”

That magic is on full display with “The End of Corporatism.” “It’s like a fast 7. I love to write in 7; 7 is just my favorite number. I love the feel of 7. It has a very advanced feel to it.” The advanced meter giddiness is propelled by a soulful band sound. The horns work in tandem while guitarist Matt Haze adds his own muscle. Washington offers a breathless solo imbued with melody and defiance.

“I’m very much into the title of that song,” Graves says with a smile. “We’re ready.”

“Titan” is the first of two unreleased studio recordings featured on the EP. “I used to play that at Piano Bar all the time. It has a dark theme to it. I pulled that melody idea from the movie The Fifth Element. ‘Titan’ goes into the dark but it’s a journey into the light. It’s a wormhole.” The instrumental workout rumbles with angst, bassist Hadrien Feraud hums with electricity as Graves unravels an anxiety-inducing display of unparalleled technique. It is an authoritative display matched only by trombonist Ryan Porter’s carefully constructed retort.

“Kahuna is a Hawaiian belief. It’s almost like a Hawaiian religion,” says Graves. “It’s a spiritual practice. I put it together with The Urantia Book. You have to put it together to get a great spiritual grounding. When I was studying spirituality, I was getting way into the kahuna belief system and I got so inspired.” It is also the final track on this EP. Not quite imbued with an island vibe, the band still finds a deep pocket. Graves amazes with a mature pace but unwavering technical prowess. A solo by trumpeter Philip Dizack further highlights the inclusiveness.

The origin of the Planetary Prince comes from The Urantia Book, a 20th century philosophical manifesto. “It’s a spiritual book. It talks about the different Planetary Princes that rule each planet in this solar system and other solar systems. There is a consciousness of the planet.” The book has proven to have a considerable influence on Graves’ outlook on life and his music. “It compliments the music that I write. I like to write advanced music. I can write pop music but I’m very much into metal music -- death metal music. That’s a big influence on my writing. That dark element in there it’s just a cool compliment.”

A little over a year after releasing his recorded debut, Graves is here to show that he is not only surviving but thriving, blessing the solar system with the unmistakable sound of the Planetary Prince, bound for the stars. 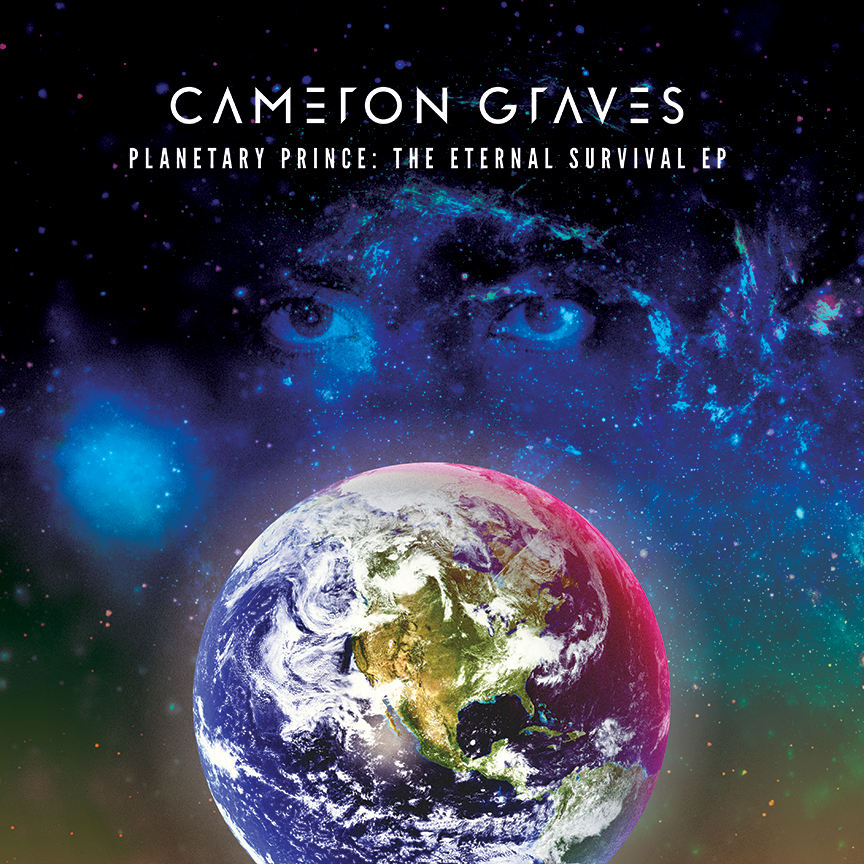