Audacity. It's a word that seems ideally suited to the bold and intrepid bassist Buster Williams. Whether supplying eminently tasteful but strong-as-steel backing for singers like Nancy Wilson and Sarah Vaughan, or venturing into uncharted new territory as a member of Herbie Hancock's groundbreaking Mwandishi band, Williams' playing has always evidenced that fearless willingness to leap without hesitation into the unknown.

With his new recording, Audacity, Williams marks another chapter in that ongoing history. Due out June 15 via Smoke Sessions Records, the album finds Williams stepping into the studio as a leader for the first time since 2004's Griot Liberte, leading his long-running all-star quartet Something More with saxophonist Steve Wilson, pianist George Colligan and drummer Lenny White. Conceived as the legendary bassist celebrated the milestone of his 75th birthday, Audacity is a mission statement for an artist turning a new corner with the experience of three-quarters of a century behind him.

Turning 75 compelled Williams to re-enter the recording studio after a decade-long hiatus caused in large part by the seismic shifts in the record industry since the dawn of the new millennium. He was also driven by the continuing evolution of his long-running band, which had developed a fiery and wide-ranging sound that Williams felt needed to be captured. The release of Audacity, he says, will launch him on a new trajectory.

"You could say it's a new beginning," he explains. "It's certainly a new dimension or a new phase of my existence. There's a new excitement about what I'm doing. I don't take one note for granted, so I have to really feel that I have something to say or something to offer. Put all that together and I thought that now was the right time."

In his liner notes, Colligan points to the versatility and artistry displayed by Something More. "We have the ability to play with maturity, with restraint when necessary. But we can also play with the abandon expected from musicians in their 20s. There is a wide variety of tempos, dynamics, moods, and textures in this music. This is not a soundbite. It's a sound journey... Regardless of whether we are swinging hard, or playing a waltz, or a sensitive ballad, or something with a Latin tinge, we sound like a band."

It's rare in this day and age that a band gets the opportunity to develop such a collective voice over the span of a decade and a half. Any observer who pays any degree of attention to the modern jazz landscape will recognize that all four members of Something More are in-demand players in a wide variety of settings. Besides leading his own ensemble Wilsonian's Grain, Wilson has toured and recorded in recent years with the likes of Chick Corea, the Maria Schneider Jazz Orchestra, and drummer Lewis Nash. Colligan will be releasing his 28th album as a leader in 2018, on top of playing regularly with jazz greats like Jack DeJohnette, Ravi Coltrane and Cassandra Wilson. Renowned for his time with the pioneering fusion group Return To Forever, White has also served notable tenures with Stanley Clarke, Geri Allen and Larry Coryell.

The collaboration of Buster Williams and Lenny White is notable in its own right, having anchored not only each other's bands but groups led by Wallace Roney, Cyrus Chestnut, and a number of others. "It's been magical," Williams says of his partnership with the drummer. "When I play with Lenny, I have no real concerns. Whatever he does, the pulse, the beat, the time is always going to be there. It's 99% pure. I'm free to explore and to do different things that I may not be able to do with other people, and he's free to do the same. And bottom line, it just swings."

That interlocking swing and sense of endless possibilities is evident throughout Audacity, not least on the burly post-bop burner of a title tune, which spurs a sharp, probing solo from Colligan and a daring display of grooving elasticity from the leader. But it's also there straight out of the gate on the opener "Where Giants Dwell," which wastes no time tearing into Williams' monumental theme before Wilson launches into a ferocious saxophone run. The tune's title was inspired by a trip the quartet took through the Austrian Alps, where the grand, snow-capped vistas led Williams to reflect on the giants who have mentored and inspired him throughout his estimable career.

A gripping journey in and of itself, "Song of the Outcasts" is a nod to the Eastern European gypsies whose boundary-free, nomadic lifestyles and music have inspired Williams. Both the lullaby-like lilt of "Ariana Anai" and the tender "Briana" were written with Williams' granddaughters in mind, his adoration of the girls evident in the moving sentiment of the two pieces. The anthemic "Triumph" boasts the kind of quiet audacity necessary to win small victories over what Williams calls "the vicissitudes of daily living."

In addition to his own compositions, Williams urged each of his bandmates to contribute new tunes for the session. Wilson is represented by "Sisko," a muscular swinger that weaves his sinuous alto over a roiling, surging groove. Colligan's "Lost on 4th Avenue," with its declamatory opening bass solo, relates the feeling of wandering through a mysterious urban landscape in a raptly narrative fashion, while White's "Stumblin'" is a joyous romp that draws fleet, agile expression from all four players.

All together, Audacity could serve to define the word itself, thrilling in Williams' insistence on pushing boldly forward. "If I only do what I know," he says, "that's like holding a nickel tightly in my fist: I won't lose that nickel, but I'll never have a dime. I'm always looking for something beyond what I know, what I can comprehend and what I understand." 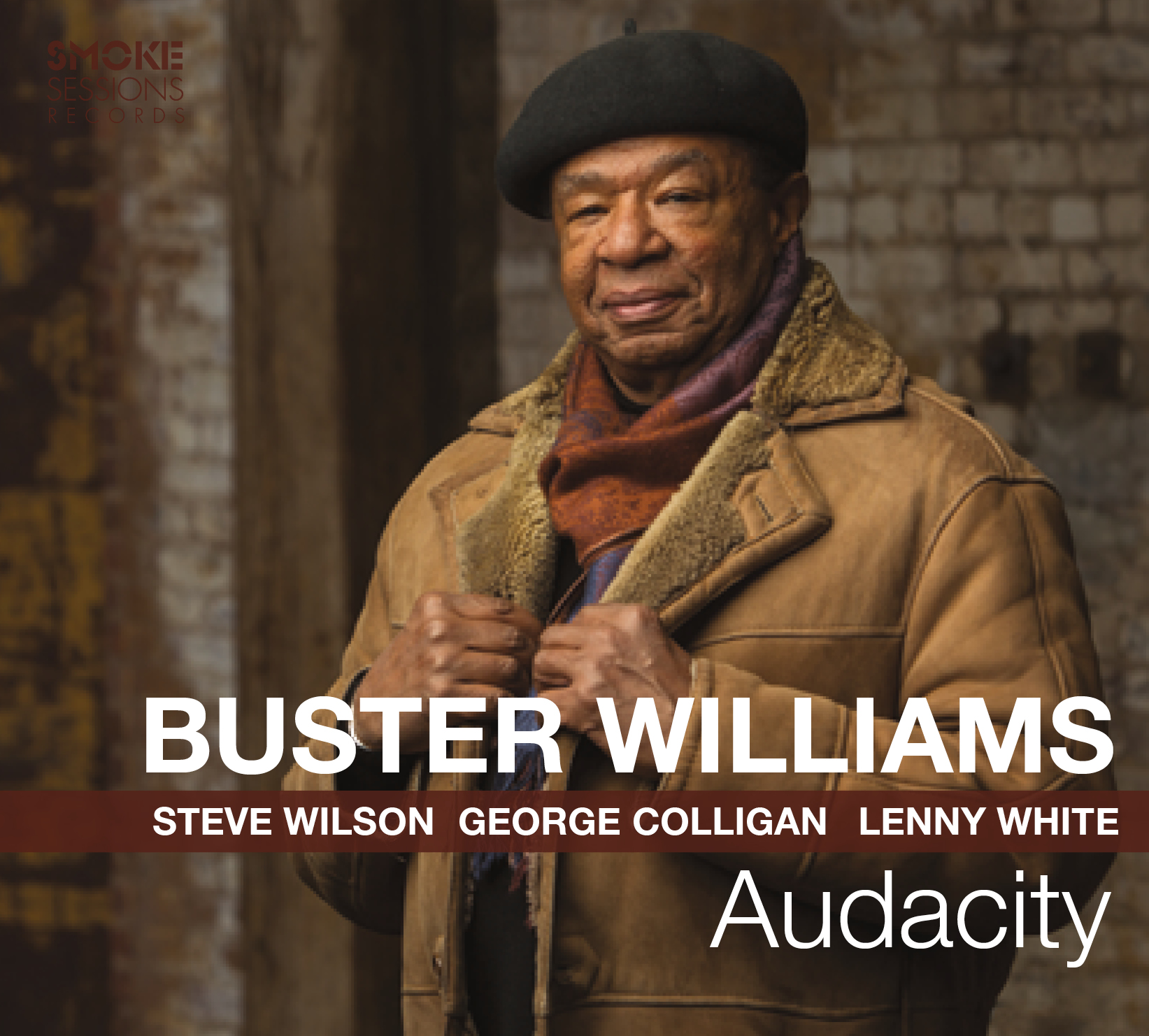