Whether it’s the hassles and hurdles that arise for a musician touring the world, the run-of-the-mill mishaps that inevitably disrupt daily life, or the barrage of bad news constantly clamoring for attention; Bria Skonberg succinctly captures the hectic tenor of our times in the title of her latest album, Nothing Never Happens. The trumpeter and vocalist found her own escape in order to craft a new set of originals and artfully chosen covers that spans the emotional and stylistic spectrum.

Due out November 1, Nothing Never Happens invites listeners to join Skonberg in diverting attention from the overload of social media, breaking news, political bickering and negative energy, with a stunning album that at times channels the ubiquitous anger and hopelessness that confronts us all in the modern media landscape, but at others manages to drown out that white noise and shine a light on the serene and the celebratory.

In calling the album Nothing Never Happens, Skonberg captures the chief obstacle to its own creation. “My favorite way to write music is just to sit at a piano, be quiet and wait for things to surface,” she says, hinting at the struggle to find those peaceful moments in which to compose. “I needed to get out and find a space to process the overload of information and feelings because of what's been going on in the world in the last few years.”

Of course, it also helps to commune with sympathetic listeners, and Skonberg also enjoyed a unique opportunity to workshop her new music through a monthly residency at Joe’s Pub in New York City, an eclectic venue where audiences were not necessarily jazz aficionados. “It’s a venue where you can do whatever you want,” she says. “I was looking to get some more grit into my sound on this album. That’s a big part of my personality that hasn't been as represented on my recordings in the last couple of years.”

There is an arc to Nothing Never Happens, beginning with the soulful opening song, “Blackout.” At the surface the song could be taken as a classic “wronged lover” blues, albeit updated for the modern age. But the song is more a rejection of media itself, thereby becoming a mission statement for the album as a whole. When Skonberg sings “I’m done with your face / I’m done with your friends,” it could be directed at an ex, but it also conjures a certain inescapable name that has dominated the discourse over the past few years, with toxic results. Her pointed solo provides a much-needed moment of catharsis.

“Just being able to play music right now is essential to getting to a level of normalcy,” she says. “Playing trumpet really lets me get all those emotions out. It’s not always joyous, but it is a release.”

Skonberg originally recorded “So Is the Day” on her 2012 album of the same name, with a sultry New Orleans flavor. The powerful song has since become a staple of her live sets, slowing down in the process to the dirge-like feel that it takes on here. The slow burn is a testament to the patience and rooted feel of Douglas, while the addition of Wamble’s guitar and Cowherd’s organ adds to the dense, swampy atmosphere.

Zooming out for a bit of historical perspective, “Blackbird Fantasy” is an ingenious mash-up of The Beatles’ “Blackbird” and Duke Ellington’s “Black and Tan Fantasy” that reflects on the cyclical nature of history. The hybrid piece encompasses the Harlem Renaissance, the Civil Rights era that paralleled the British Invasion, and our modern day still much in need of change. The wistful “Square One” recognizes how much is still left to be accomplished, whether in life or in society. Co-written by Nashville songwriter Cariad Harmon, the song is simultaneously resigned and hopeful, retaining a sense of optimism based on what's been learned and accomplished so far.

The raucous “Villain Vanguard” plays on the name of the legendary jazz club but was inspired by the Women’s Marches that rose up in the wake of the 2016 election. The piece itself captures the marching pace and outpouring of voices that accompany these protests.

Sonny Bono’s oft-recorded “Bang Bang” – which has been covered by Stevie Wonder, Lady Gaga and Nancy Sinatra, whose version Skonberg discovered via the soundtrack to Quentin Tarantino’s Kill Bill – is another piece that serves double duty: originally about the heartbreak of a childhood romance, it now inevitably conjures images of the gun violence that has erupted across the country. Such tragic events necessarily lead to questions like “What Now?” though Skonberg’s remorseful ballad is more intimate, capturing the self-doubt that can encroach in the twilight hours.

Opening with Starks’ infectious bass groove, Queen’s “I Want To Break Free” ends the album with a soaring sense of escape. The original’s anthemic melody is enhanced here by the band’s exuberant expressiveness, highlighted by Bartley’s explosive solo. Its inclusion harkens back to memories of Skonberg’s freewheeling high school days. “Talk about being an optimist!” she recalls with a laugh. “I had a convertible in British Columbia, where it rains ten months of the year. But there were always a few days when I could go out, put the top down and rock out to that song.”

The breadth of emotions and styles on Nothing Never Happens mirrors Skonberg’s career to date, which boasts an impressive range of accomplishments and accolades. In the last year alone, she sang the music of Aretha Franklin alongside Michelle Williams of Destiny’s Child, played with U2 at the iconic Apollo, sat in with the Dave Matthews Band, was a featured guest with Jon Batiste, performed as part of The Monterey Jazz Festival on Tour, and sang the National Anthem at Madison Square Garden for a NY Rangers game. The 2017 Juno Award Winner for Best Vocal Jazz Album and 2018 Juno nominee has garnered over 7 million streams on Spotify, made the Top 5 on Billboard jazz charts, and was voted #2 Rising Star by DownBeat Magazine. 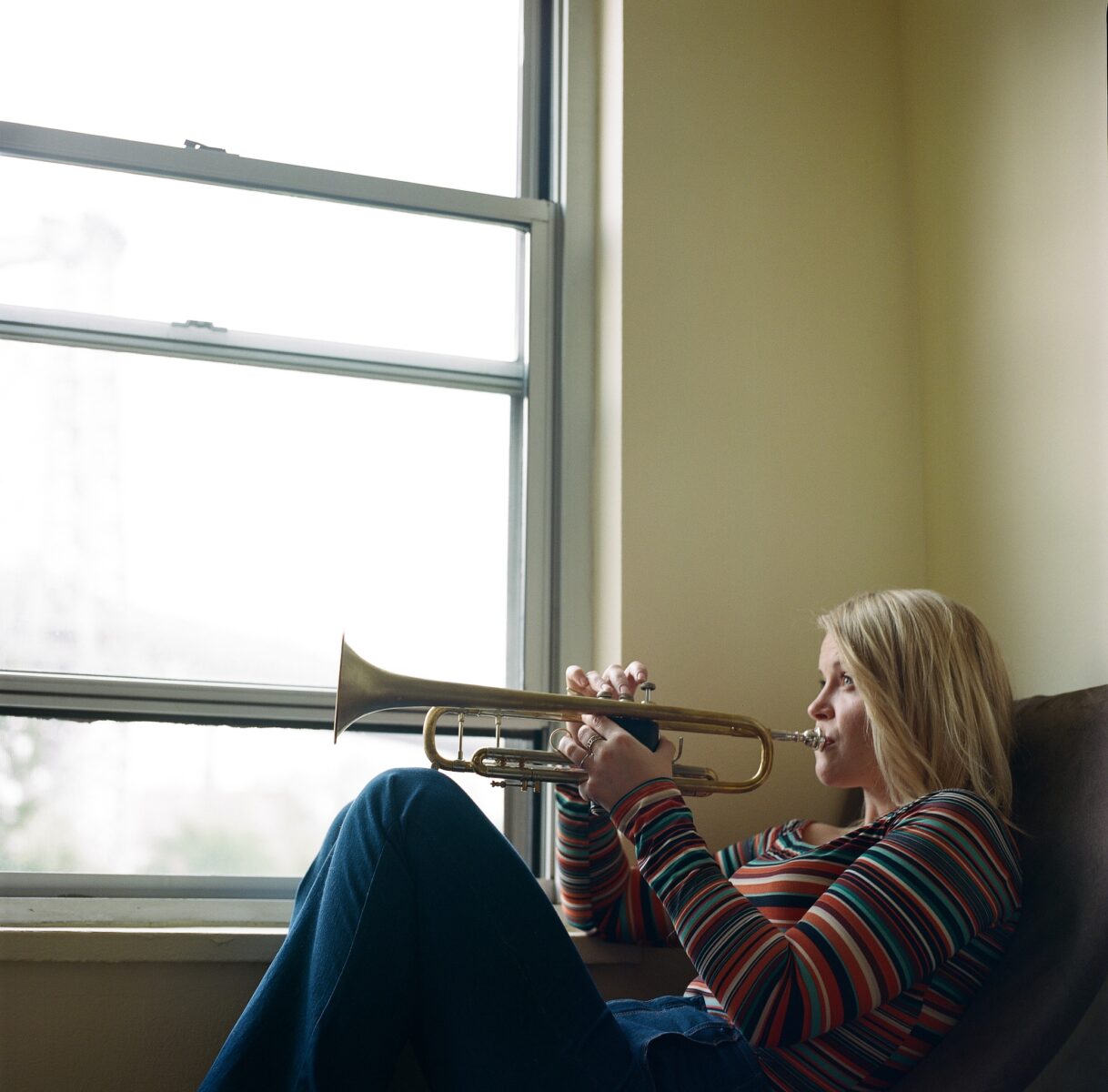 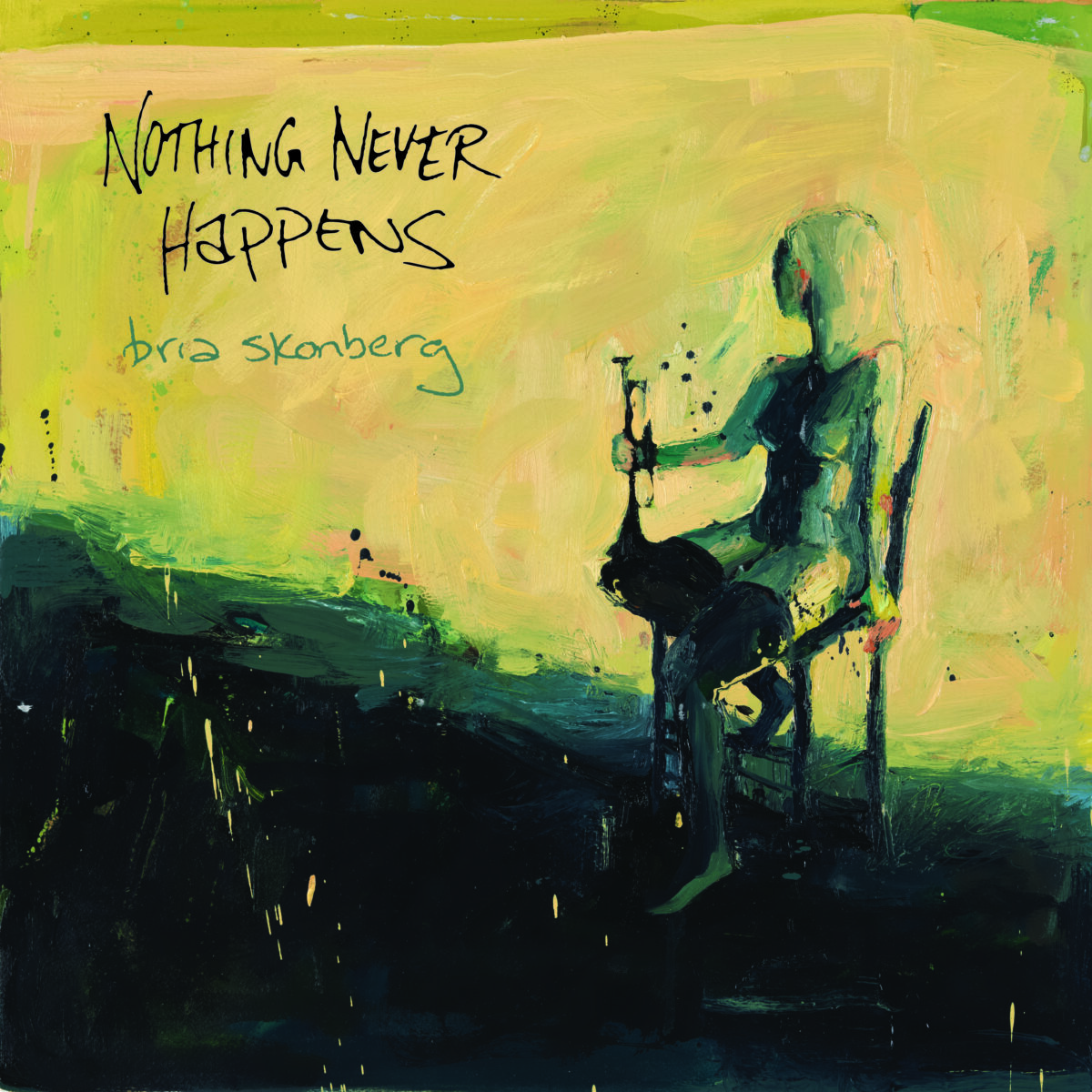