As saxophonist/composer Bobby Watson embarks on a new chapter in his storied career, his latest album arrives as a reminder of the authenticity that has characterized his music on every step of that journey. Keepin’ It Real, due out June 26 via Smoke Sessions Records, debuts a new incarnation of his renowned band Horizon, furthering a legacy endowed by Watson’s days as one of Art Blakey’s Jazz Messengers and passed on through a lifetime in jazz education.

Most importantly, the new album is a vital continuation of the supple hard-bop sound that Watson has practiced throughout the decades, laced with the profound influences of gospel and R&B and now infused with the renewed vigor of hungry young collaborators. Keepin’ It Real, Watson explains, is a mantra that he strives to exemplify every time he lifts his alto to his lips.

“It’s the essence of who you are and these times we’re living in,” he says. “After you’ve lived a certain period of time you want to try to be yourself. You don’t want to BS people. I’ve lived a while and seen a lot of people leave the planet. You become more committed to not trying to mince words. Keeping it real can extend from the way you treat your band to your philosophy, what you stand for as a person.”

Time becomes an especially valuable commodity as one advances in years, but Watson now finds himself in a position to dedicate more of it than ever to his own music. After 20 years as Director of Jazz Studies at the University of Missouri-Kansas City and decades more as an educator at institutions like Manhattan School of Music, the New School, and William Paterson University, Watson retired from academia this year. That newfound freedom instigated the launch of a new version of Horizon featuring a cast of rising stars and one lifelong collaborator.

The original Horizon featured drummer Victor Lewis, pianist Edward Simon, trumpeters Melton Mustafa or Terell Stafford, and bassists Carroll Dashiell or Essiet Okon Essiet and was an outlet for Watson’s music from the late ‘80s well into the 21st century. After a short tour with the band earlier this year, Watson realized that a reinvention was in order, in keeping with his mentor’s constant retooling of the Jazz Messengers.

Rechristened New Horizon, the current band includes trumpeters Josh Evans or Giveton Gelin, pianist Victor Gould, drummer Victor Jones and bassist Curtis Lundy, whose relationship with Watson dates back to their college days at the University of Miami. Lundy was the founding bassist of the original Horizon, providing an essential continuity as well as a stunning rebirth.

“The original Horizon has run its course,” Watson concludes. “Art Blakey also moved on while everybody was still young and healthy, and everybody in that band has grown into their own thing. That’s why I wanted to start fresh, with new music, new personnel, fresh blood, and new energy.”

That reinvigorated energy bursts out of the gates on opener “Condition Blue,” a sleek piece by fellow Messenger Jackie McLean highlighted by a blistering Watson solo answered by a blustery turn from Evans. A protégé of McLean, Evans approached Watson after a Lincoln Center performance, eager to play with the saxophonist. “That used to be me,” Watson recalls with a chuckle. “I wanted to play with Roy Haynes or Cedar Walton. Now these guys are coming up to me. It’s really humbling and thrilling.”

The title track, a Watson original, follows, resounding with the reverential fervor of the leader’s gospel roots. “I was raised in the church,” he says. “My grandfather’s church was the first place I played in public; I played ‘Battle Hymn of the Republic ‘on the clarinet and the whole church said, ‘Amen.’ That’s a shared experience for this whole band.”

“Elementary My Dear Watson 2020” reprises a dedication by Lundy for his lifelong friend, originally recorded for a session led by pianist John Hicks in 1988. The bassist’s original was little more than a groove over which Watson improvised a melody. The new version incorporates the saxophonist’s inspired notes into the composition itself. Lundy also contributed the boisterously swinging “One for John,” an homage to Hicks’ impact on both men. “John loved me and Curtis,” Watson beams. “He used to call us his heart. John is very near and dear to us.”

Donny Hathaway’s “Someday We’ll All Be Free” is a favorite of Watson’s, as can be heard in this gorgeous, tender rendition featuring some of the saxophonist’s most emotional playing. Gelin, introduced into the band by Lundy, follows with an eloquent, clarion expression of his own. Miles Davis’ classic “Flamenco Sketches” is another favorite, rendered here with delicate beauty shot through with Lundy’s subtle fortitude.

Another jazz icon, Charlie Parker, is represented by a radically transformed arrangement of his tune “Mohawk.” Usually a rapid-fire bop workout, Watson’s take reimagines the piece at a soulful simmer, allowing the space for Gould to spin knotty variations from the elongated melody. Watson conceived this “Mohawk” while brainstorming tunes for the recent Smoke Sessions tribute Bird at 100, which teamed him with fellow alto heavyweights Gary Bartz and Vincent Herring. “I’ve been playing Bird long enough now that I think I’ve earned some artistic license,” Watson insists. “At this point in my life I understand Bird’s music enough to make it mine.”

Two more Watson originals completed the session. “The Mystery of Ebop,” which brings the album to a raucous conclusion, was first recorded as a showcase for Marvin “Smitty” Smith on 1986’s Love Remains. Here it’s Victor Jones who seizes the spotlight, buoying the bright head with his explosive drumming. As dapper as a tailored suit, “My Song” initially served as a backdrop for Kansas City poet Glenn North on Watson’s 2013 Martin Luther King tribute Check Cashing Day. The song comes in for a more thorough exploration here, while providing a mission statement of its own.

“Every composer has one song in them that they’re trying to get out their whole life,” Watson says. “Trane was playing one song his whole life, so was Cannonball, so is Wayne. So I said, ‘Doggone it, this is my song.’ I try to express my own song every time I play. It’s all about keeping it real.” 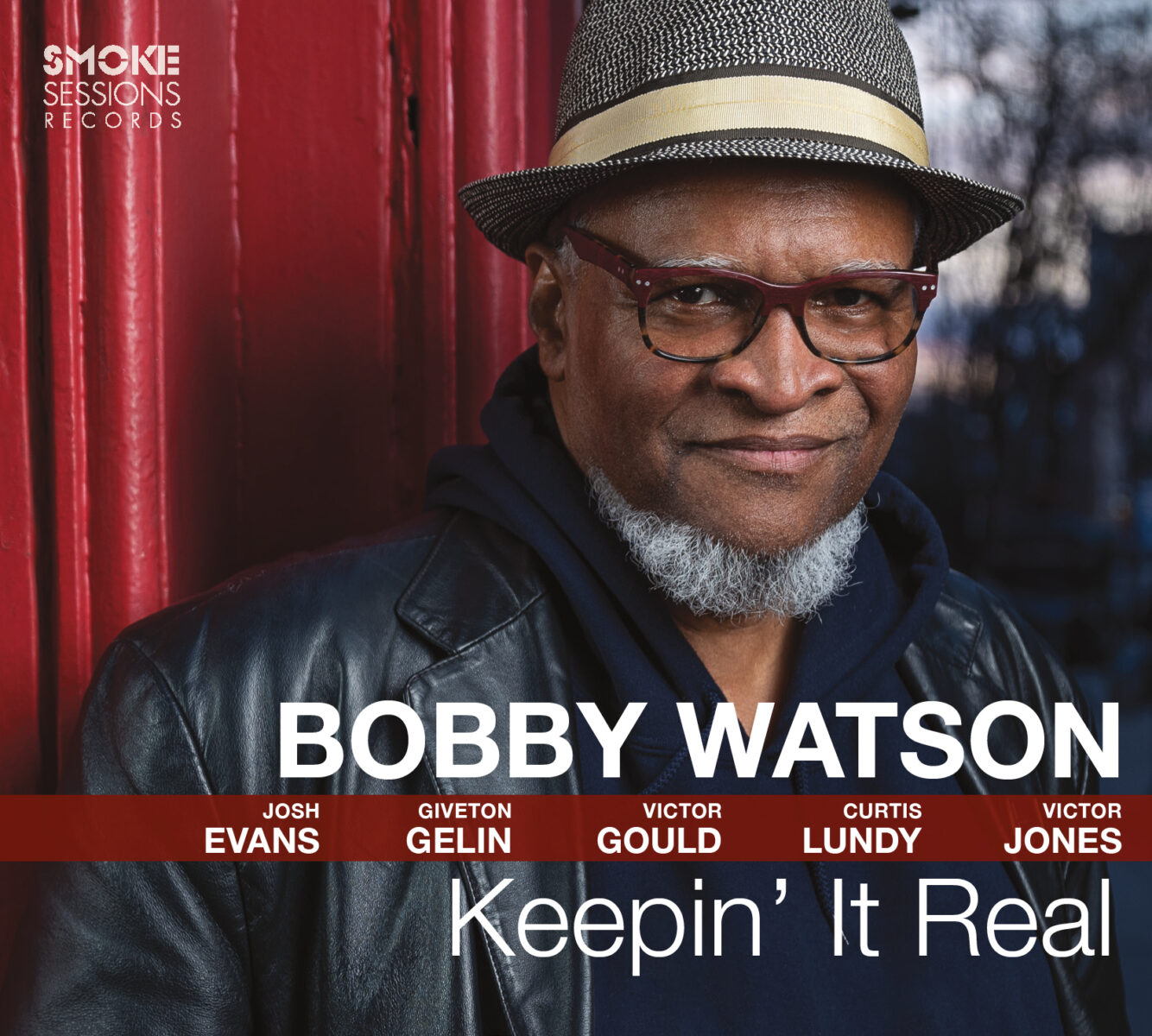