In the U.S., the remarkable saxophonist is best known as Miles Davis’ choice to participate in his groundbreaking soundtrack to Louis Malle’s 1958 film Ascenseur Pour L' Échafaud (Elevator to the Gallows). Wilen is also known for playing on the soundtrack for Roger Vadim's 1960 film Les Liaisons Dangereuses, alongside Thelonious Monk and Art Blakey. As a presence on the Parisian scene, he performed with major figures, including Benny Golson, J.J Johnson and Bud Powell, and recorded as a sideman with such heavyweights as Blakey, Monk, Powell and John Lewis.

A man of many interests and artistic depth, he composed for French filmmakers during the ‘80s & ‘90s–and experimented over the years in forms ranging from rock and punk to musique concrete, African music and the sounds of Grand Prix auto racing–but in the 1990s his own artistic vision primarily returned to the hard bop domain of his earlier years.

Live in Tokyo ‘91 was recorded at the famed Keystone Korner on Wilen’s second trip to Japan, where he achieved a deep adulation among its audiences during his various trips there during the ‘90s. What better way could there be to understand a musician’s essence than with a live performance in front of a deeply appreciative audience accompanied by totally sympathetic musicians? For this tour, Wilen assembled an outstanding rhythm section of Olivier Hutman on acoustic and electric piano: facile, at ease in all styles, sensitive in support and creative in soloing; Gilles Naturel on bass with a solid rhythmic thrust, whether swinging or freer, always maintaining a solid pulse; and drummer Peter Gritz, very creative without ever losing the rhythmic body of the piece, deftly fitting into the context of each piece.

The synergy they create with Wilen is splendid, providing a fertile setting for his delightfully exploratory and exciting solos. His playing is clean, precise and fully in control, calling to mind the fluid lyricism of Stan Getz and the richly visceral muscularity of Sonny Rollins. His free jazz experience is evidenced often in his solos as he blends free blowing elements into his hard-driving swing without any disruption of the flow and not even a wisp of affectation–reminiscent of the straight-ahead players in the ‘60s and ‘70s like Joe Henderson who adopted various elements of free jazz into their vernaculars.

From the first few seconds of the opening piece, the tone of the recording is fully apparent–no nonsense, straightforward jazz featuring the swaggering and authoritative sound of a musician in full command of his consummate musical abilities. The live setting allows for extended pieces that give Wilen plenty of room to stretch out on the adventurously intriguing tales that he weaves through his imaginative and colorful expressiveness.

The repertoire itself conjures a vivid portrait of Wilen as well, and although he was a fine composer, he bypassed his own compositions and instead selected a delightfully varied set of music that ideally encapsulates his artistic persona. Contained here are compositions by personally relevant jazz composers and past collaborators, timeless standards and a couple of pieces by the internationally renowned and iconic French singer/songwriter Charles Trénet–the gently swinging “L’âme Des Poètes” and “Que reste-t-il de nos amours?,” an evocative and atmospheric balled with a certain edge that features Wilen’s sinuous soprano playing and Hutman on electric piano.

The soprano/electric piano combination is also employed to great effect on the buoyant groove of “Latin Alley” by pianist Alain Jean-Marie, with whom Wilen frequently collaborated since the 1980s. Another frequent collaborator–vocalist Marie Möör– contributed “Mon Blouson ~ C’est Ma Maison,” a straight-ahead driving swinger with free jazz colorings in the tenor solo and an adventurously free rhythm section.

A staple of Wilen’s live performances was the Mexican standard “Bésame Mucho,” here a hard driving scorcher propelled by deftly punctuated rhythms and subtly effective changes in tempo. Four more classics are included as well–all from the Great American Songbook of the 1930s. “Beautiful Love,” which opens the album, and Irving Berlin’s “How Deep Is the Ocean” are both offered in a comfortable mid-tempo groove. “Old Folks,” mentioned in Wilen’s introduction as often performed by Charlie Parker and making the gentle ballad that moves into double time an homage to Bird; and Gordon Jenkins’ “Goodbye” with a highly original approach to the exquisite ballad, without in any way losing the essence of its beauty.

From the jazz canon, Duke Jordan’s score for Les Liaisons Dangereuses offers “No Problem,” a daring interpretation with interesting time shifts and Wilen tearing it up over the sizzling trio. Appropriately, three pieces from titanic tenormen round out the set. John Coltrane’s basic but captivating “Bass Blues” shows Wilen in a deeply blues-drenched mode. Sonny Rollins’ “Little Lu” is a jaunty up-tempo calypso with sparkling drums and an infectious ostinato piano and a remarkably fluid and exciting tenor solo. As an encore, Rollins’ “Doxy” receives an unusually funky treatment. Wilen’s spoken introductions on every piece are an added bonus and offer further insight to the man.

The set boasts carefully designed packaging, with a 20-page booklet peppered with photos taken during the date and with plenty of information about Wilen. Elemental Music reached out to three jazz giants of the French jazz scene–Laurent de Wilde, René Urtreger and Daniel Humair–about both their reminiscences and angles of perspective about the unique persona that was Barney Wilen. Their comments, plus the recollections of Hutman and Naturel, paint a fascinating study of this very special saxophonist and composer; but no better portrait can be displayed than the extraordinary music contained in this set of Barney Wilen at his best: live and spontaneous in front of a deeply appreciative audience. It is both a fitting tribute and a marvelous introduction to a great saxophonist. 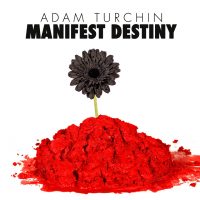