The instrumental trio Azymuth modernized the sound and style of Brazilian jazz with their electronic instruments, angular arrangements and ingenious synthesis of jazz, funk, rock and samba. After the passing of founding keyboard player José Roberto Bertrami in 2012, Alex Malheiros (bass) and Ivan “Mamão” Conti (drums) recruited synthesizer samurai Kiko Continentinho to the trio as it continued to build on their sound, now in their fifth decade of pushing the boundaries of their beloved samba.

Between 1969 and 1973, these musicians all born the same year in 1946, started playing together as in-demand session players, sometimes just two of them and often all three of them on larger sessions. They quickly found that their musical chemistry produced a sound that was greater than the sum of their respective parts. At the root of their collaboration were their shared influences, namely American jazz and a mutual appreciation for the foundations of Brazilian music. As session musicians the trio’s telepathic tightness, subtle funk lines and melodic mastery elevated Erasmo Carlos’ classic Sonhos E Memórias 1941-1972 (1972) and helped Marcos Valle deliver his finest album, Previsão Do Tempo (1973).

In 2020, the iconic trio partners with LA-based collective Jazz Is Dead for Azymuth JID004. “This album is one of the most interesting rides I’ve ever been a part of,” says Younge. “In the ‘70s, Azymuth took psychedelic rock, soul, and jazz and made it authentically Brazilian. Together, we’ve pushed this concept even further for a new generation of record collectors.”

As a trio, Azymuth hit their stride in the eighties pioneering a modern, adventurous fusion of jazz, rock and funk all the while never losing the scent of samba. By the mid-nineties, just when it seemed like the band had lost their momentum, they received a much needed boost and acknowledgement from DJs, musicians and dancers in London as favorites of the thriving Acid Jazz scene that also helped to resuscitate the careers of fellow Brazilian musicians Marcos Valle and Joyce. Meanwhile, adventurous DJs and beatmakers, such as MF Doom, Flying Lotus and Roni Size found inspiration and novel sounds to repurpose from the trio’s classic recordings. In 2008, Ivan Conti joined forces with L.A. underground hip-hop royalty, Madlib for a collaborative album credited to Jackson Conti called Sujinho.

“Saying it was an honor and pleasure to make an album with Azymuth is a huge understatement. To the crate diggers of the Jazz & Hip-Hop kind Azymuth’s music is very important. They are the soulful jazz side of Brazil with a dash of psychedelic blended in and a whole lot more. They are incredibly talented giants walking amongst us and they are very humble,” says Shaheed Muhammad. “I feel as if Adrian and I barely scratched the surface of what’s possible with Mamão, Alex and Kiko. The 004 album came together with ease. Watching them play the songs with so much vigor and delight taught me the importance of loving what you do. We hope that people will make this album a part of their regular rotation and I look forward to when we can kick it with Azymuth again.”

“A Redor do Samba” is augmented by Younge and Shaheed Muhammad, while the legendary trio of Ivan “Mamåo” Conti, Alex Malheiros and Kiko Contentinho dance around the rhythm—as the song title suggests—with one foot in jazz-funk and the other in their native musical language of samba. Saxophones, wah-wah guitar and synthesizers trade runs over the trio’s bedrock groove as the group moves in unison from the meditative outer orbit of the samba to its frenetic and propulsive core.

The Jazz Is Dead team also wondered, What if the Mizell brothers and Gary Bartz teamed up with the Brazilian giants of jazz-funk in São Paulo in the mid-seventies? That notion is portrayed here on this album with “Sumaré.” Anchored by Alex Malheiros’ buoyant bass, this slinky sermon is named after the verdant and altitudinous neighborhood of São Paulo, likely a great place to take in a sunrise. A standout track from the historic collaboration between the iconic trio, Younge, and Shaheed Muhammad, The song is reminiscent of the dreamy instrumentals Azymuth recorded early in their career (when they were named Azimüth) using their musical instruments to draw outside the lines with colors called: Funk, Jazz and Polyrhythm.

On this unique Jazz Is Dead recording with Adrian Younge and Ali Shaheed Muhammad, the trio once again demonstrates their ability to elevate their collaborators while also showcasing their distinctive sound, continuing to redraw the boundaries of Brazilian jazz, futuristic funk and their beloved samba. 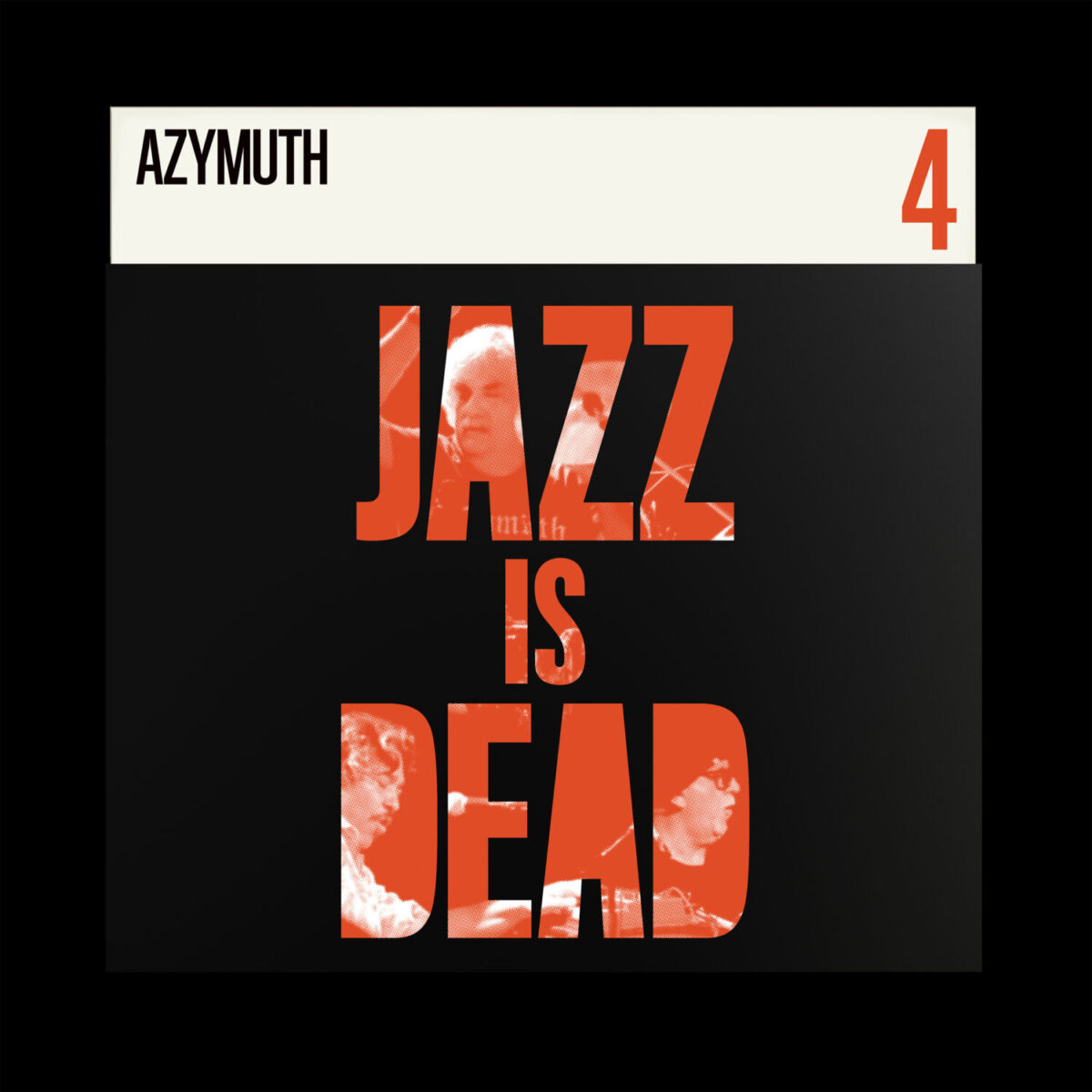