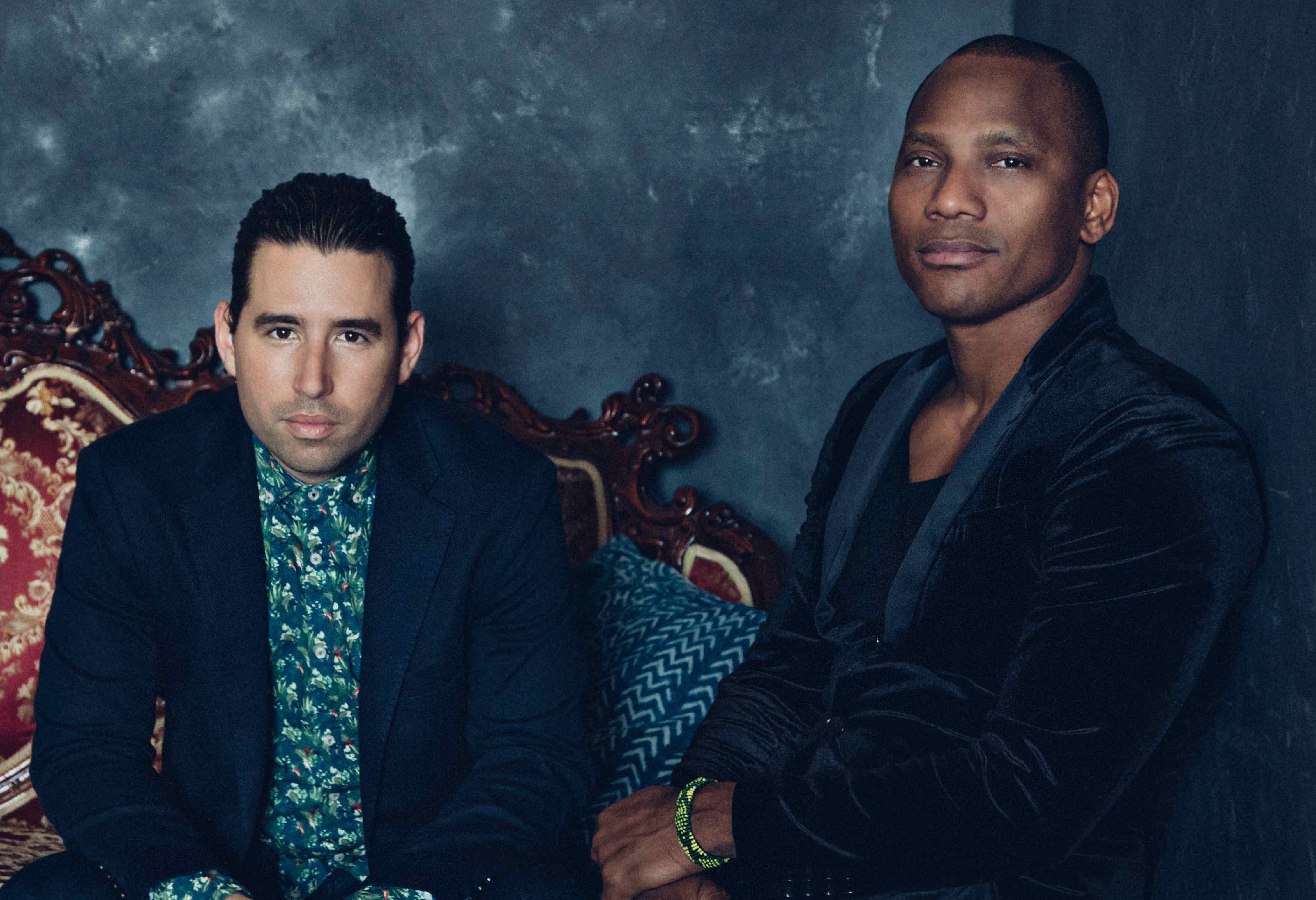 Painted in the broadest of strokes, the stories of Alfredo Rodriguez and Pedrito Martinez may seem similar: both started life in Havana, discovered their gifts and passions for music and headed to the States, where they melded the music of their homeland with a wide variety of influences, each in his own deeply personal way.

Zoom in a little, though, and the two paths differ considerably. Rodriguez was born into a musical family, his father a popular singer and TV host. A child prodigy, he studied classical piano at the prestigious Conservatorio Amadeo Roldán and Instituto Superior de Arte while playing popular music in his father’s orchestra by night. While performing at the Montreux Jazz Festival in 2006 he was discovered by his future mentor and producer, the legendary Quincy Jones.

Martinez, on the other hand, honed his craft on the streets of Havana, learning the deeply-rooted percussion and vocal style of Afro-Cuban folkloric and religious music. Nearly a decade Rodriguez’s senior, the master percussionist and vocalist arrived in the U.S. in 1998, was soon awarded First Place at the Thelonious Monk Institute of Jazz International Afro-Latin Hand Drum Competition, and appeared in the documentary film, Calle 54. He then co-founded a Latin fusion group, Yerba Buena, with which he toured extensively and recorded several successful albums. Pedrito has performed or recorded with Wynton Marsalis, Sting, Bruce Springsteen, Paul Simon, Angelique Kidjo, Chucho Valdés, and James Taylor. He has been leader of his own quartet since 2005 with a GRAMMY® Award-nominated album released in 2013 on Motéma Music.

As a result of their differences, Rodriguez and Martinez share a natural chemistry that makes for a galvanizing musical experience when they come together. Their first duo outing, Duologue (due out February 1, 2019 via Mack Avenue Records), finds the pair exploring a range of moods and influences, from Cuban classics to collaborative original compositions to a number of unexpected favorites.

Despite their shared Cuban roots, Rodriguez and Martinez didn’t cross paths until both had moved to the States. The pianist caught a set by the always-thrilling Pedrito Martinez Group at a jazz festival and instantly knew he wanted to work with the percussionist. “There are times when you feel something and know that you want to collaborate with someone,” Rodriguez explains. “That was one of those occasions.”

The first opportunity for the two to team up came with the recording of Rodriguez’s second album for Mack Avenue, The Invasion Parade, on which Martinez’s stirring vocals and virtuosic percussion appear on two tracks. Busy schedules kept them on separate paths for the next several years, until they reconvened for a stint at New York City’s Jazz Standard and a short tour in early 2017, their first chance to test the waters as a duo.

“What makes this duo completely different is that I came from the folkloric side and Alfredo came from the classical side,” Martinez says. “You put those things together and you come out with an extraordinary and different sound. Alfredo has brilliant ideas when he’s composing and putting together melodies, and it was so easy to mix and absorb his ideas and vice versa. Each song has a different sound and history.”

Most of the original pieces on the album originated with Rodriguez, who would record rough demos on his phone, then send the files to Martinez to compose lyrics and rhythmic patterns. The tunes were further solidified in true collaboration between Rodriguez and Martinez during a weeklong rehearsal period in Los Angeles prior to recording, then polished by veteran producer Quincy Jones. The broad sweep of rhythmic frameworks Martinez brings to the original compositions reflects not only his Afro-Cuban roots but also the range of influences that have impacted him in NYC, whether it’s reggae, 1970s R&B, jazz or funk.

“Every artist on the planet would be lucky to work with Quincy,” Martinez enthuses. “Just having his name on any record is like a trampoline: you don’t go step by step, but you automatically jump five steps up.”

Opener “Africa” stems from Rodriguez’s voracious fascination for rhythmic traditions from around the world. “If I’m listening to music from Benin, Cameroon, Nigeria, Burkina Faso, or Cape Verde, I try to bring them into my world,” he says. “I try to transform those rhythms into something melodic, and that’s how a song like ‘Africa’ becomes reality.” For Pedrito the object in bringing the African rhythm scheme that defines the batá drumming he is steeped in is “to make people feel the tribal roots that my music comes from.” Those specific rhythms influenced Martinez to have his compositions express the notion that although both artists were born in Cuba, their history and heritage always points back to Africa.

“Estamos Llegando” provides a lush, lyrical testimony to the pair’s gift for conveying deep emotions, not just rhythmic excitement. The same can be said for the sweet, tender ballad “Cosas del Amor,” while the title track simmers with sharp, surging percussive energy. “I always wanted to be a drummer,” Rodriguez admits with a sheepish laugh. “So I love playing with great percussionists, and Pedrito is the best example when it comes to Cuban percussion. It really touches my heart.”

“Flor” introduces a more soulful, modern sound to the album, while “Jardín Soñador” offers a vivid, compelling narrative sweep. The classical elegance of Rodriguez’s upbringing shines through on “Mariposa,” which evokes sensitive accents from Martinez, before “Yo Volveré” concludes the album with a rousing fanfare.

While those new compositions are indicative of the vast range and flavor of the two artists’ music, their choice of cover songs is more surprising. The ideas stemmed from Rodriguez’s social media outreach, where he enjoys playing a variety of songs in the style of timba, the Cuban popular music that became a craze during Rodríguez’s formative years in the late ’80s and early ’90s.

Hence the duo’s lively version of Michael Jackson’s “Thriller” – which shares its production credit with the Quincy Jones-helmed original – and their joyous take on the theme from the classic video game “Super Mario Bros 3.” More traditional is their bristling rendition of the Cuban classic “El Punto Cubano.”

“Since the beginning, my collaboration with Pedrito has been very exciting,” Rodriguez concludes. “Even though we come from different backgrounds, the energy we share, the passion for what we do, and the respect we have for each other has been beautiful.” Adds Martinez, “It was an amazing experience and a pleasure to work with Alfredo because he’s a great human being. The way he plays and the way he composes are unique and amazing.” 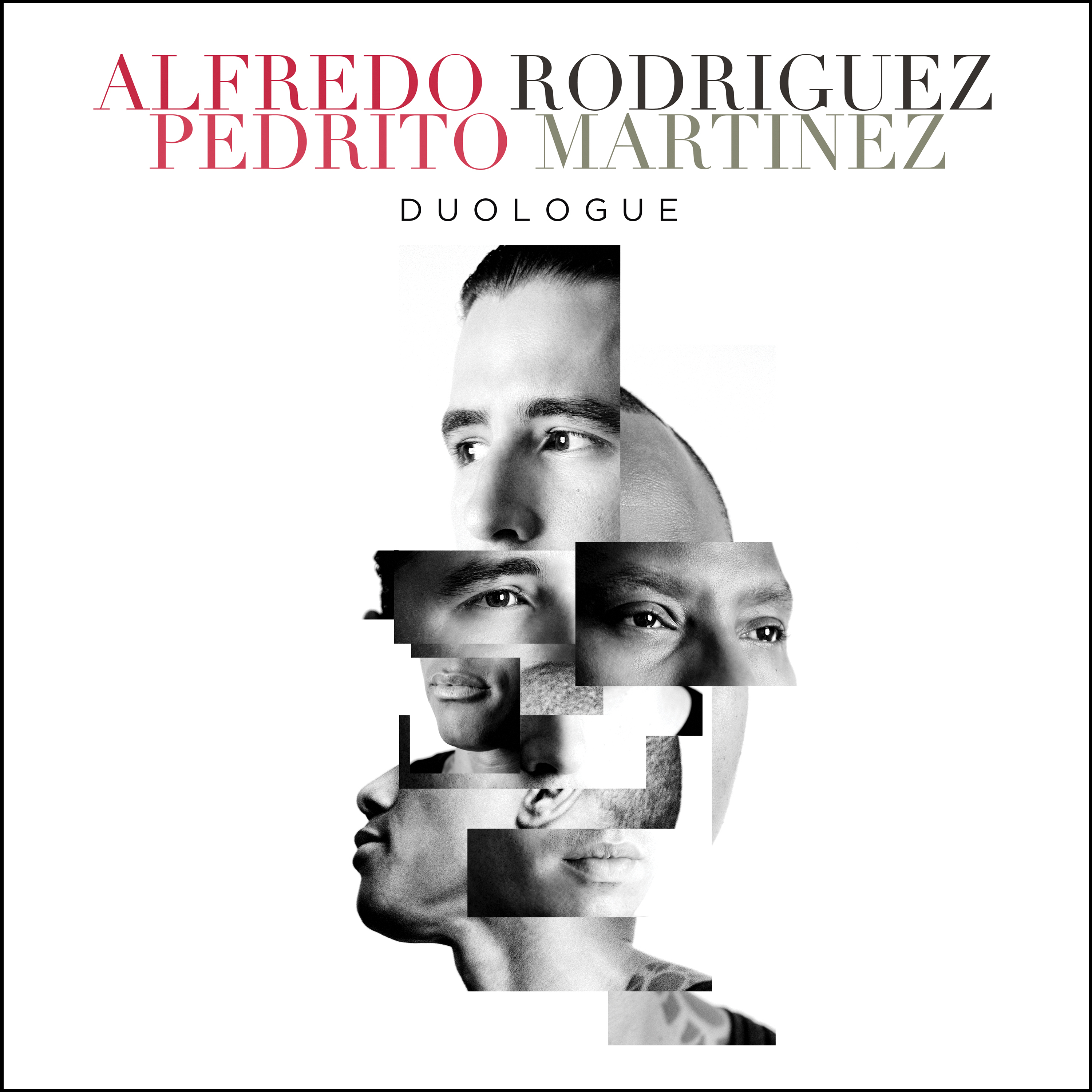