BIO
NEWS
BIO
Plenty of players and listeners have talked and thought about music as a kind of interior cinema: A concert or recording begins, and each of its beholders conjures up a personal, image-based narrative that corresponds to the sounds. But for the 26-year-old, L.A.-based guitarist and composer Alex Sill, this extraordinary symbiosis between music and the mind has led to a far-reaching search for answers.
“When I got into high school,” Sill recalls, “I started questioning how universal this phenomenon was, and I thought to myself, ‘I can’t be the only person who relates to music in this way.’” He began delving into psychoacoustics and related fields, but no satisfying answers emerged. In college, while studying jazz and music theory at CalArts, Sill absorbed the work of Carl Jung in earnest, taking particular interest in the pioneering psychoanalyst’s concept of archetypes. These common human behavior patterns are inherited, Jung argued, and they represent themselves psychologically as images. Music, he insisted, brings these instinctively understood human tropes and myths to bear. Jung investigated dreams with an intensity typically reserved for reality; music, with its unique ability to pull the listener into a reverie, therefore commanded a similarly high regard.
Sill’s new debut, Experiences: Real and Imaginary (available now), is a masterfully wrought, panoramic nine-track collection that puts Jung’s ideas into fascinating play. Sill’s signature meld of influences—for starters, think the orchestral compositional ambition (and deft acoustic-guitar touch) of Pat Metheny; the fluidly virtuosic approach to meter and harmony that marks 21st-century postbop; and the fiery, lyrical technique of guitar wizards like Kurt Rosenwinkel and the late Allan Holdsworth, to whom the album is dedicated—will no doubt facilitate a vast range of archetypes and memories in fans.
This music also reflects its writer’s singular history and vision—as well as a peerless assemblage of primarily L.A.-based musicians, including saxophonists Danny Janklow and Jacob Scesney, trumpeter Mike Cottone, pianists Otmaro Ruiz and Vardan Ovsepian, bassist Benjamin J. Shepherd and drummer Gene Coye. Sill’s mentor and friend Dave Grusin, the legendary keyboardist-composer and a renowned writer of film scores, appears on five tracks and fits the vivid, visual music like a glove. The album was mixed and engineered mostly by Bill Schnee, a personal hero to Sill who mixed one of his favorite albums (and won a GRAMMY® for it), Steely Dan’s Aja. Schnee gives Sill’s project a fantastic sheen—ethereal and open yet crisp and tight; not incidentally, the recorded sound evokes the creative yet commerce-savvy music Grusin shaped at his GRP Records label.
Jung might argue that notions of a life in the entertainment industry were archetypes instilled in Sill before his birth. He’s the grandson of the late music mogul Lester Sill, an architect of West Coast rock-and-roll and R&B who founded the Philles Records label with Phil Spector. Lester’s sons, including Alex’s father, Lonnie Sill, carved out highly successful careers in music supervision, production and publishing. Sill’s mother is the singer and actress Nicci Sill, whose father was a great doowop singer. Performing around Hollywood today, Sill often feels as if he’s communing with that grand past. “Early Hollywood is a big part of my family’s history,” he says. “So, playing in Hollywood weekly, I ponder, like, ‘Oh, man, I wonder if this is where my grandpa used to hang out?’”
But on Experiences: Real and Imaginary, Sill is exercising his brilliant trademark take on state-of-the-art small-group jazz. As Steve Vai has said, “He is one of the vital players that has the potential to raise the jazz bar.”
About Alex Sill:
Bolstered by his family’s background, Alex Sill began playing guitar and piano at age 12 and progressed briskly, amassing both prestigious awards and acclaimed mentors over the following decade. Sometimes, like when Sill earned a top spot in Lee Ritenour’s international Six String Theory Competition, the two intersected. Other important teachers and heroes have included Larry Koonse, who inspired Sill to enroll at CalArts, and Steve Vai, who has said that “Alex Sill is one of those rare talented individuals that has all the elements in place.” Sill recently paid homage to Allan Holdsworth in a series of official tribute concerts, playing alongside Holdsworth band veterans Virgil Donati, Jimmy Johnson, Steve Hunt, Joel Taylor and Chad Wackerman. During a set opening for Robben Ford in 2013, he premiered “Montana Suite,” a longform piece for three guitars; he’s also written for disciplines including film score, rock band and orchestra.
NEWS 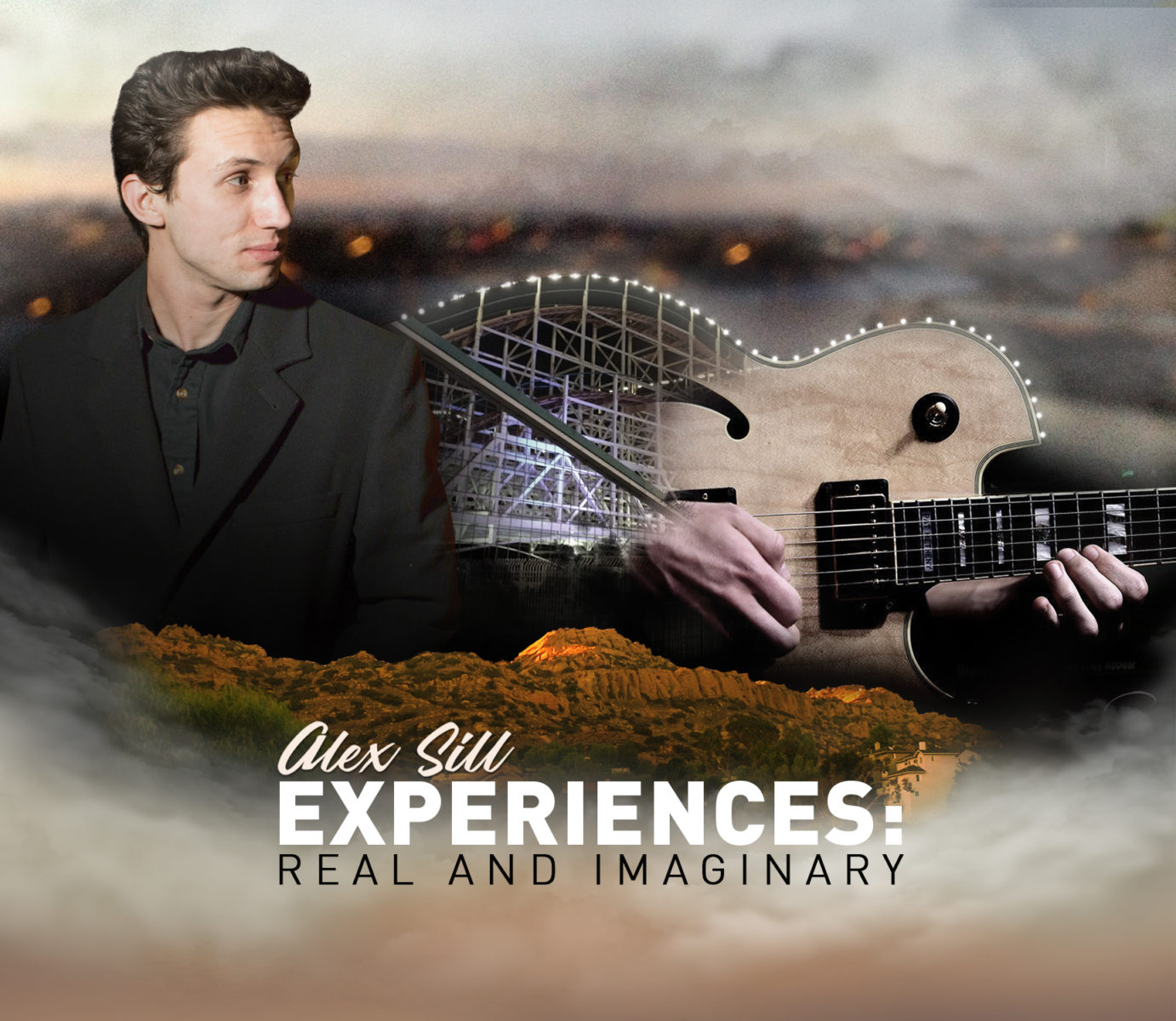