Inspiration comes from many sources. For legendary drummer Al Foster, it stems from the two groups of people who are closest to him: the jazz giants he’s been honored to play with (and who, though he’d be the last to admit it, have been blessed to work with him); and, first and foremost, his family. On his latest album, Inspirations & Dedications, Foster pays back his loved ones and collaborators with a set of songs written or interpreted in their honor.

Due out June 28 via Smoke Sessions Records, Inspirations & Dedications is largely composed of Foster’s original tunes, which lovingly tip their hats to his wife, children, grandchildren, colleagues, and even himself. The album is bookended by a pair of classics by two of the jazz icons with whom the drummer has worked extensively: Herbie Hancock and Miles Davis. Each piece comes vividly to life through Foster’s stellar quintet: trumpeter Jeremy Pelt, saxophonist Dayna Stephens, pianist Adam Birnbaum, and longtime bassist (and dedicatee) Doug Weiss.

The pieces on Inspirations & Dedications aren’t portraits but gifts, beloved tunes titled as remembrances and appreciations. Foster has been acknowledging the people who’ve made an impact on his life for as long as he’s been writing music. The 1978 Japan-only release Mixed Roots features “Dr. Jekyll and Mr. Hyde,” an early tribute to Miles Davis. The album that Foster considers his true leader debut, 1996’s Brandyn, was named for his son; it includes “Bonnie Rose,” a tender love song to his wife, and a dedication to one of his primary compositional idols, “Monk Up and Down.”

“I’m getting up there in age,” says the 76-year old drummer, though he’s also quick to point out that he’s in good health. “My musical life has been unbelievable, and I love my family. I just wanted to leave them something to enjoy with my songs.”

Sadly, a primary inspiration for this album was the tragic loss of Al and Bonnie’s son Brandyn in 2017. In his honor, the title tune from Foster’s 1996 album is reprised here as an eloquent duet with Birnbaum, followed by the heartbreaking lament “Our Son.” The gentle lilt of “Jazzon” is dedicated to Brandyn’s son, whose own name is an acknowledgment of the music that is so dear to his grandfather’s heart. “Brandyn never told me that he named Jazzon for me,” Foster says. “But when he spelled the name, I realized. I thought it was a beautiful thing.”

Foster’s four daughters each receive their own dedication over the course of the album: “Simone’s Dance” and “Kierra” both took on their names after the pieces were composed, as Foster heard that they were graced by some of his strongest melodies. “Samba de Michelle” is a swaying, warm daddy-daughter dance, while “Song for Monique” was titled by request, after the composer’s youngest daughter became enamored with the as yet untitled tune. Given Foster’s ever-growing family, that well of inspiration won’t run dry anytime soon; songs for his granddaughter and great-granddaughter are currently in the works.

Birnbaum’s delicate intro leads into “Bonnie Rose,” which has been a constant in Foster’s repertoire since it was written, an adoring tribute to the couple’s 40 years together. Another side of the relationship emerges through the sultry, swooning “Ooh, What You Do To Me,” which always occasions a bit of winking innuendo from Foster to his audience. The couple is rounded out with the eponymous “Aloysius,” which stakes its claim to an older piece with a new name and a virtuosic solo intro by the drummer himself, who Birnbaum says is more than due his own dedication.

“Al is a man of great integrity,” the pianist says. He values family, morality and honesty above all else, and it's no coincidence he plays music in a truly open, honest way. Al puts his entire heart and soul into every note he plays.”

Foster expresses his appreciation to one of his closest collaborators with the loping “Douglas,” named after the bassist who’s been his rhythm section partner for more than 20 years. The other musical relationships acknowledged on the album go back even further. The set opens with “Cantaloupe Island,” perhaps the best-known composition by Herbie Hancock, with whom Foster started working in the late 80s. It closes with “Jean-Pierre” from 1982’s Grammy-winning “We Want Miles,” the original version of which also featured Foster’s rock-solid rhythms.

“Miles was probably the best friend I ever had in my whole life,” says Foster, who served two stints with the trumpet innovator and remained friends with Davis until his death. “He was really not like his image; he was so sweet and soft-spoken and so kind. He was a beautiful human being.”

The same could no doubt be said for Al Foster, who not only uses his songs to show his affection and gratitude to those closest to him, but is the first to deflect a compliment and marvel at his good fortune. “I’ve been really blessed,” he concludes. “It feels phenomenal that I got to play with Miles, Herbie, Sonny Rollins, Dexter Gordon, Stan Getz. As a kid you dream about playing with these people if you ever get good enough. For me it’s been a big dream come true.” 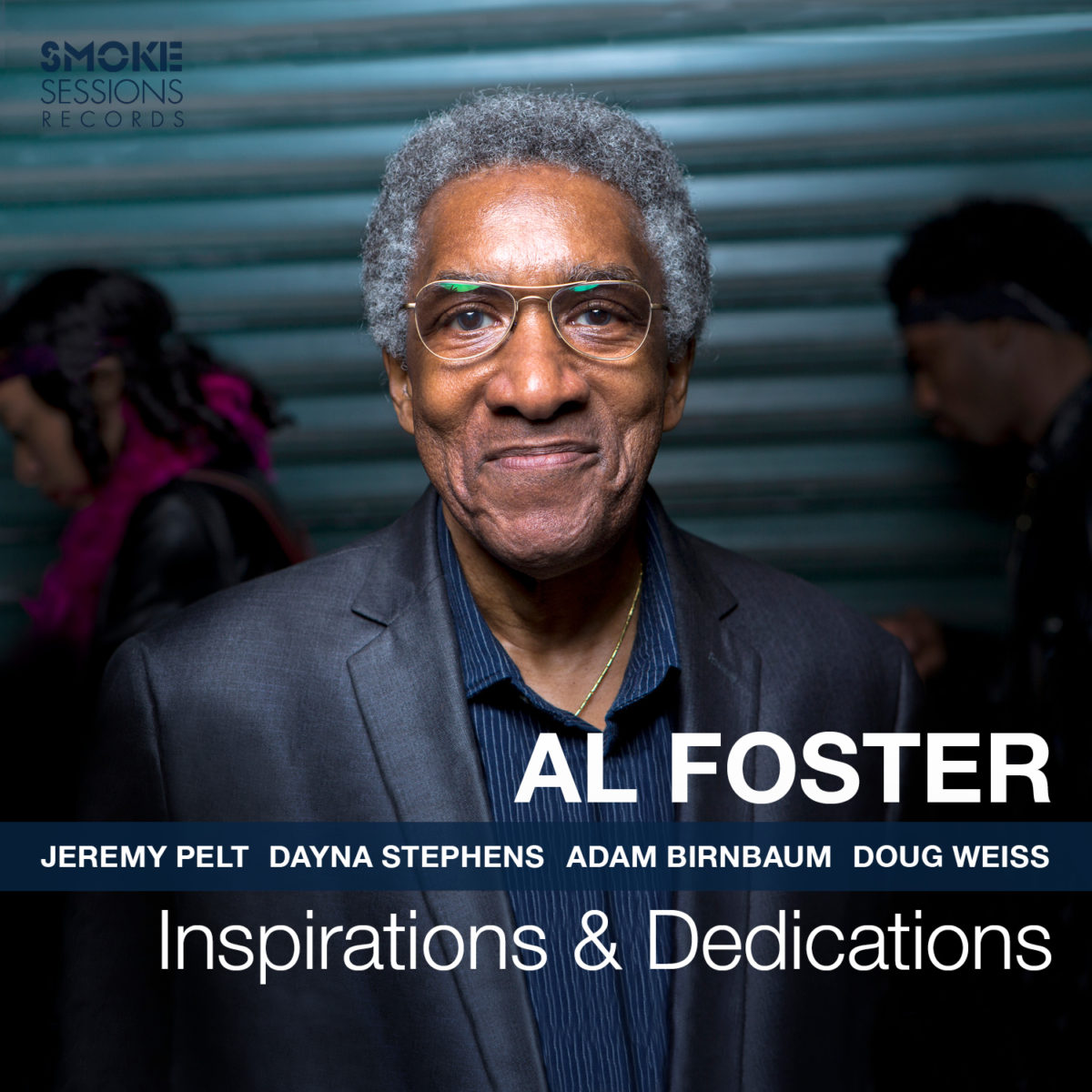